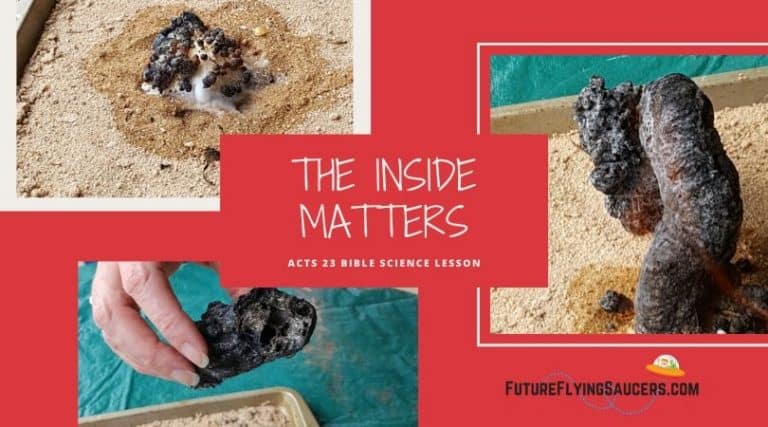 Both Jesus and Paul called the Jewish leaders white-washed tombs, or walls. Why should we care? Use this Acts 23 Bible Science Lesson to discuss the beginning of Paul’s trials before governing authorities.

This is a chemical reaction, therefore you will want to do this outside or in a well ventilated area. Put the tarp on the ground or on the table. Fill the pie pan with the sand. In the plastic cup put 1 teaspoon of baking soda and 4 teaspoons of sugar. This video uses lighter fluid. I found that rubbing alcohol works better.

Background: Review is important for this lesson, or meaning will be lost. Remember, before Paul met Jesus on the road to Damascus, he was a Jewish Pharisee persecuting people of The Way with the blessings and backing of the Jewish Counsel. The Pharisees and Sadducees were always at odds with each other. Pharisees believed in angels, spirits, and the possibility of resurrection of the dead. The Sadducees did not believe in any of that. (Hence they were “Sad – you – see!”)

While Jesus was on earth, and with his actions of love alone, Jesus stated that the belief system of those leaders was dead wrong. Jesus even verbally accused some of the leaders of being whitewashed tombs. Beautiful on the outside and dead on the inside.

Object and Bible Lesson for Acts 23:

{Set the pie tin in front of you. Make sure the children are far enough away so they won’t put fingers in the fire. Read Acts 23: 1-10.}

Paul is in a strange situation. The Jewish leaders want Paul arrested so they can try him and possibly kill him. The Romans have Paul in custody for his protection.

The man Ananias, who was the High Priest at this time, was a political leader rather than a spiritual one. The books of Exodus and Leviticus give us great information as to the type of man God wanted as High Priest of the Jews.

God is Spirit (John 4:24). Ananias was a Saddusee. It is sad to think that he was the High Priest, who once a year would go into the Holiest of Holies to make atonement for his nation, and he might not have even believed in God.

Aaron, Moses’ brother was the first High Priest. The position and title was supposed to be carried down from father to son. However, after the exile, the position of High Priest became more of a political office with the person being chosen by Rome.

Ananias was known to be a vicious and violent man.

{Hold up the cup of sugar and baking soda.}

{Take the alcohol and pour some on the sand making a pool about 5-6 inches in diameter.} 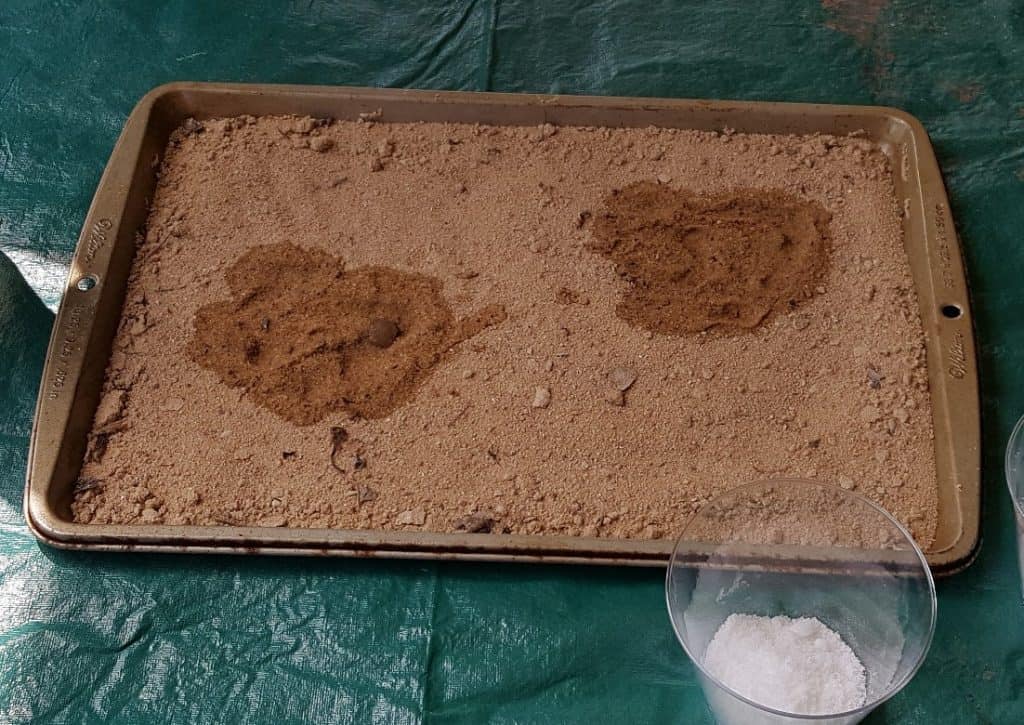 The Bible tells us that when Jesus judges us in heaven our deeds will be burned. Bad deeds will burn away like wood or hay. Good deeds will withstand the fire like gold and precious stones. (1 Corinthians 3:10-15)

Let’s say that the powder is the High Priest and the other Jewish leaders who were attacking Paul. He called them whitewashed walls, similar to whitewashed tombs. White on the outside. Dead on the inside.

{Pour the powder on top, and in the middle, of the alcohol on the sand. I did 2 spots, but it works better with 1 large area in the middle. Use the lighter to light the alcohol. Wait a few minutes. The sugar should begin to turn black and a gross (and really neat!) looking sugar snake should appear. Get ready for a reaction from the children! It will take between 5 and 10 minutes for all of the sugar to burn. As it does, discuss how the black snake looks. Talk about how our hearts are deceitful and that if we have a yucky heart, then bad actions come out, just like the Jewish leaders. We would be whitewashed walls looking nice and clean on the outside, but dirty and filled with ash on the inside. Once the sugar is finished burning, the fire will go out. Wait about 30 seconds or so and then carefully pick up the snake. You can crush it over the sand and show how the entire black snake is carbon ash.} 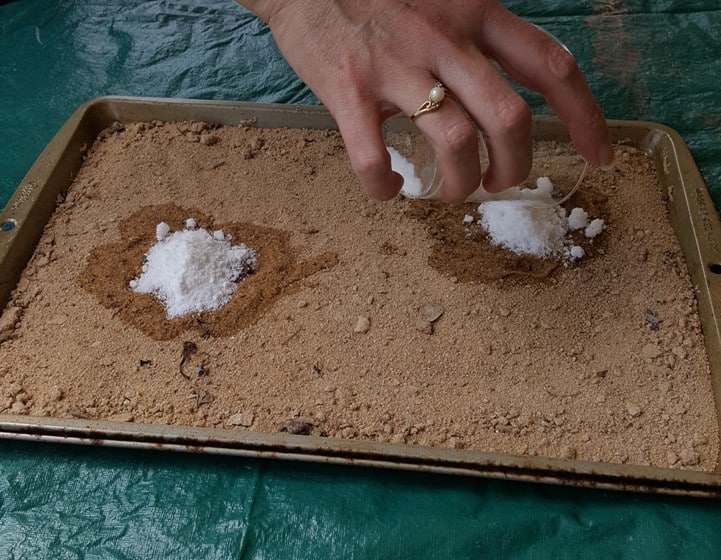 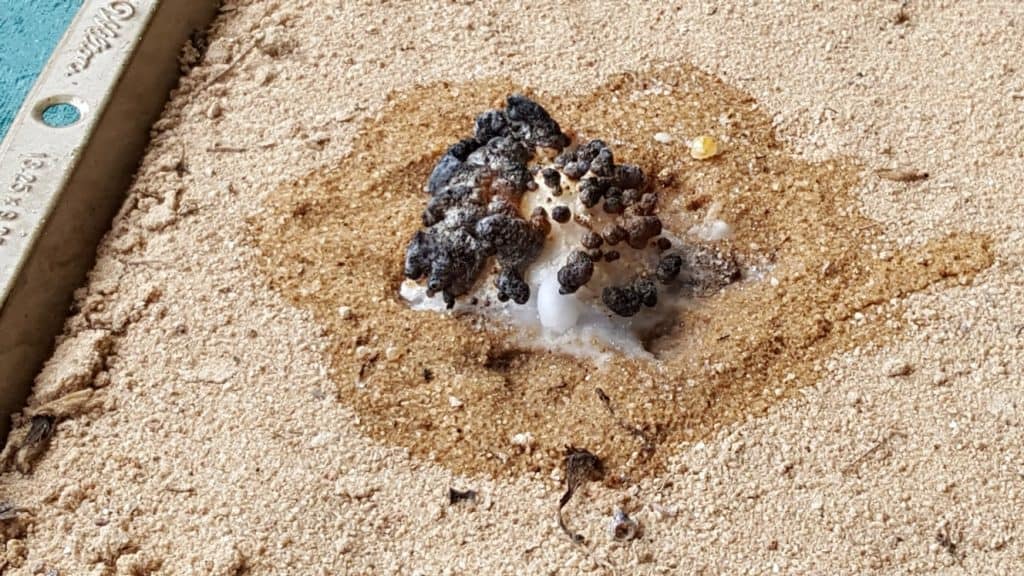 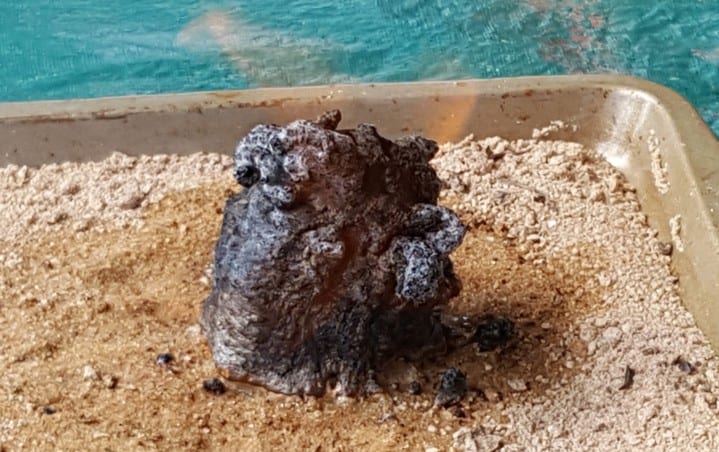 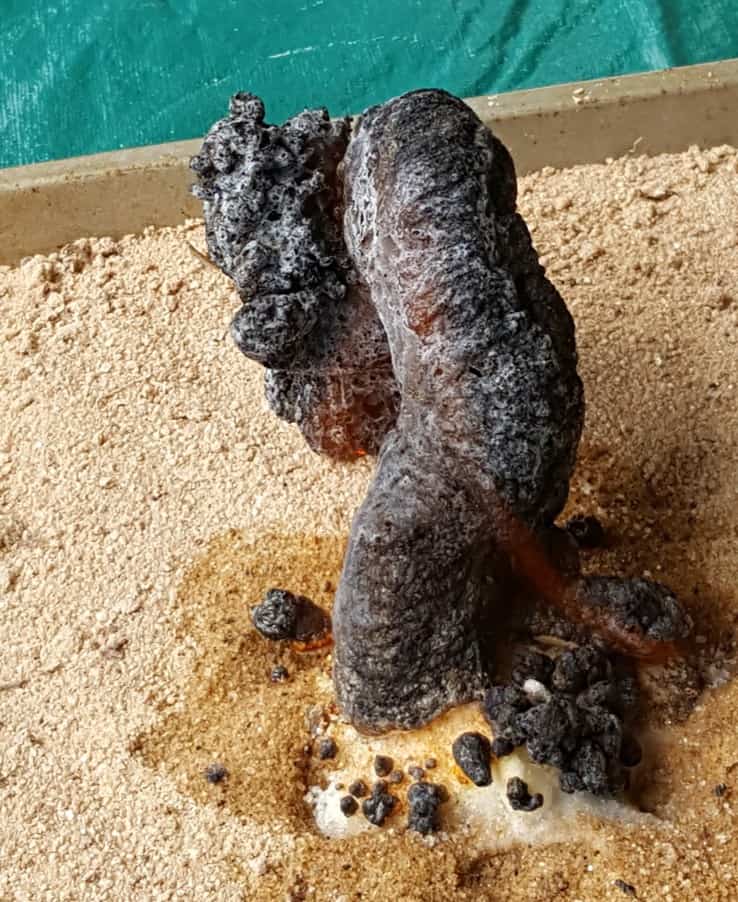 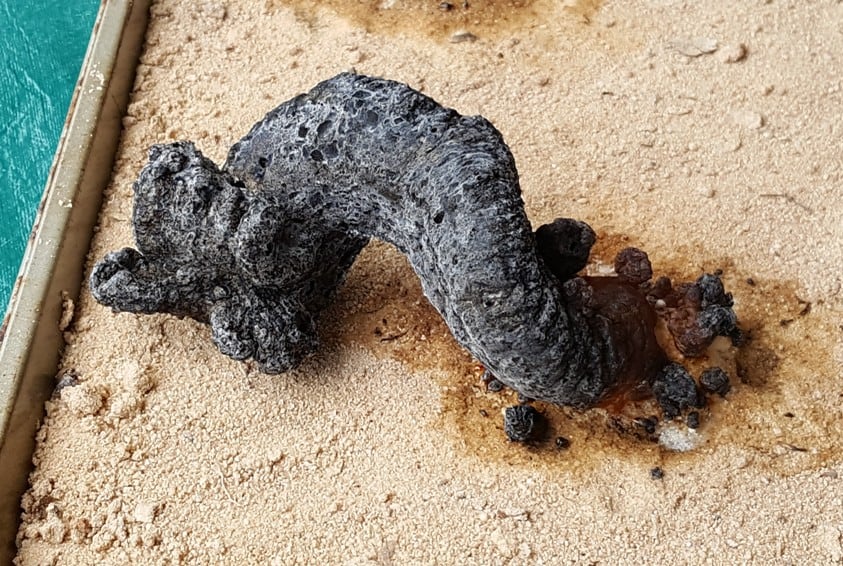 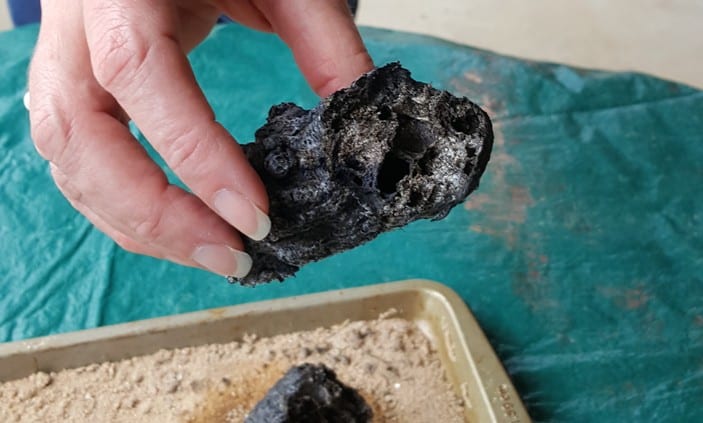 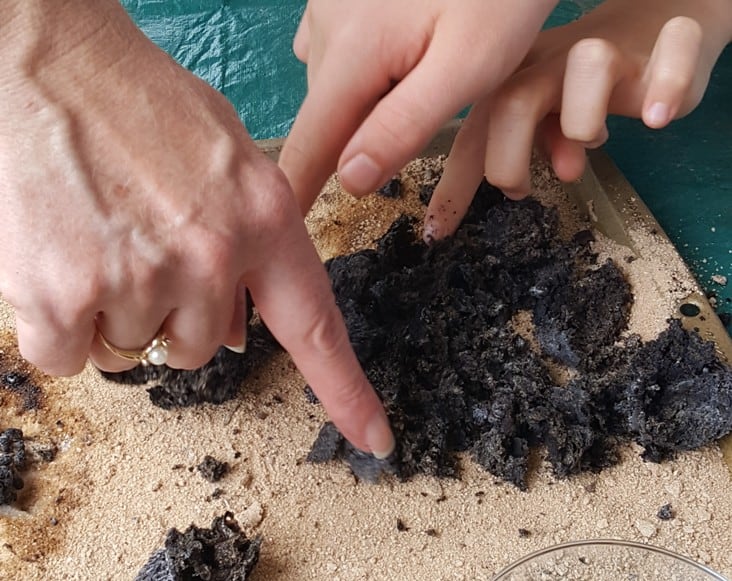 The Jewish leaders ended up fighting among themselves and wanting to tear Paul apart, so the Romans took Paul back into the jail.

That night the Lord stood by Paul. (How awesome and encouraging is that?!?) The Lord told Paul to be of good cheer! and that he would be going to Rome.

“Be of good cheer!” the Lord told Paul. Be of good cheer? He was being falsely accused, people wanted him dead, he was locked in a jail, and he wasn’t getting to spread the gospel as Jesus wanted him to. We must remember that God’s ways are not our ways. Many trials we face are for the explicit reason for “getting us to Rome,” so God can get us to a point of life where He can further His gospel through us.

God wants His people to have pure hearts and pure motives. He does not want whitewashed tombs. 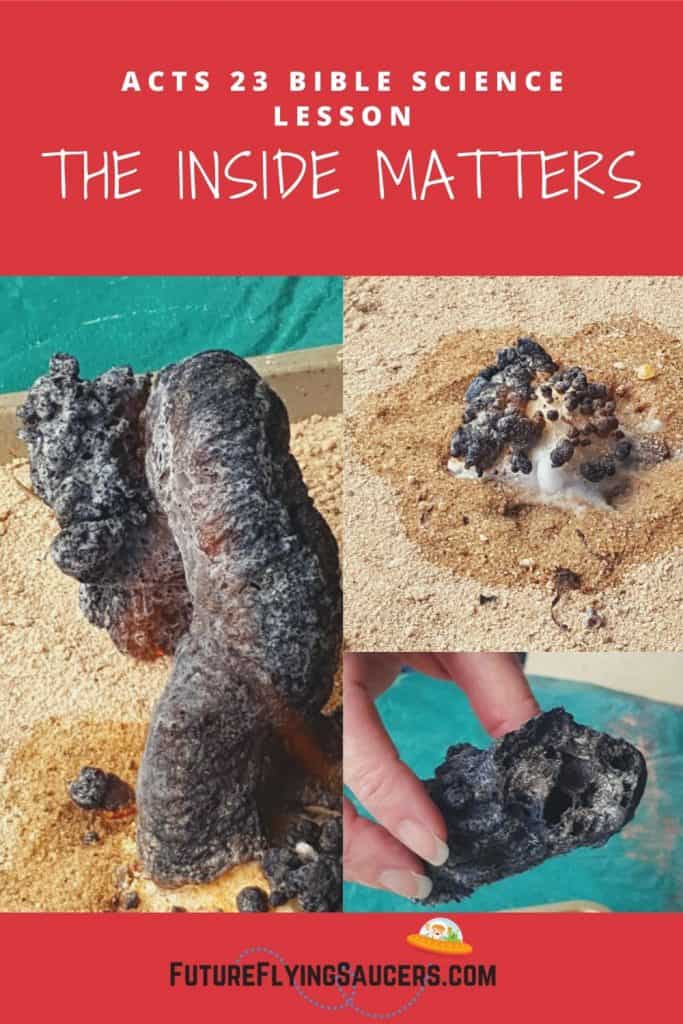 Maybe you are going through a trial now that will allow you to be a “witness in Rome” and reach people for Jesus who would not have heard the gospel if you hadn’t gone through the trial. Maybe God is dealing with some yucky sin in your heart before He has you do a good work.

What can we learn from Paul and the Jewish Leaders? Be of good cheer! If the Holy Spirit is convicting you of sin in your life then listen to Him! Jesus is the One who can get rid of the sin. He wants you pure on the inside so you can go do good works that will last for eternity. God wants you to spread His gospel and be His witness.