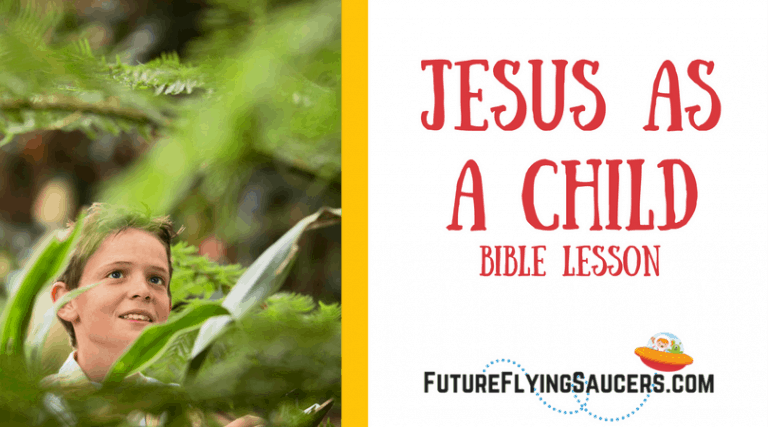 Jesus as a Child Bible Lesson

There’s a song on one of my kids’ CDs called, Jesus Was a Little Kid Too. It’s strange to think about Jesus being a little kid, but He was. There aren’t many verses in the Bible that tell us about His childhood, but the ones we can read must be important. This Bible Lesson on Jesus as a Child includes three main things that happened during Jesus’ childhood.

Materials: board to draw timeline

Background: Jesus was born in Bethlehem. The angels appeared to the shepherds. The shepherds went and worshiped Baby Jesus. What happened next?

Object and Bible Lesson of Jesus as a Child:

After Jesus was born in Bethlehem, Mary and Joseph had a visit from the shepherds. Eight days later, Jesus was circumcised, probably in Bethlehem. This was a physical symbol of God’s promise to Abraham.

They then traveled to Jerusalem 33 days later to present baby Jesus to God at the temple and to offer a sacrifice of purification for Mary. While they were there, an old man came up to them. His name was Simeon. He was a righteous man and devout to the Lord. The Holy Spirit was with him. In fact, the Holy Spirit had impressed upon Simeon’s heart that he would not die until he saw the Lord’s Christ. When he saw Mary and Joseph, Simeon broke out into a blessing! “My eyes have seen Your salvation!” he proclaimed.

During the same trip, a prophetess named Anna came up to Mary and Joseph. Anna was a widow and she had dedicated her life to the Lord. She never left the temple. She served day and night. When she came up to these new parents Anna gave thanks to God.

The scriptures say that Mary and Joseph were amazed by all of this. Can you imagine?

Let’s go through everything that has happened: {Draw and label a timeline, if you haven’t drawn it yet.}

Can you imagine? And that’s not all!

Every year for Passover, Joseph, Mary, and Jesus traveled to Jerusalem for the festivities. When Jesus was twelve, something different happened. It was time to leave Jerusalem and Joseph and Mary left with the group of people assuming Jesus was somewhere in the group. After a day’s travel, they realized He was not with them. They turned around to find Jesus.

After three days they found Jesus listening and asking the teachers questions. All who heard Him were amazed! Mary came up and asked, “Son! Why have you treated us this way?” Jesus replied, “Why were you looking? Didn’t you know I’d be in my Father’s house?”

Isn’t it just like Jesus to answer a question with a question! He does that ALL throughout His ministry.

There is a great verse: Luke 2:52: “And Jesus grew in wisdom, and stature, and in favor with God and man.”

Life Application of Jesus as a Child:

How old are you? Are you growing like Jesus?

No matter how old we are, we should always be striving to grow in wisdom and in favor with God and man. We can’t really change how tall we are, but we can change how healthy we eat and how much exercise we get.

Jesus was a special little kid, but all kids are special. God has given each person a specific, special task to do and we don’t have to wait to be grown up to do it! Children can do amazing things for God if they allow Him to work through them.

In fact, God tells people to come to Him with the faith of a child. It might be that God can use kids more than adults at times!

What can we learn from Jesus as a child? Jesus is our example and we should be focused on growing in wisdom and in favor with God and man. 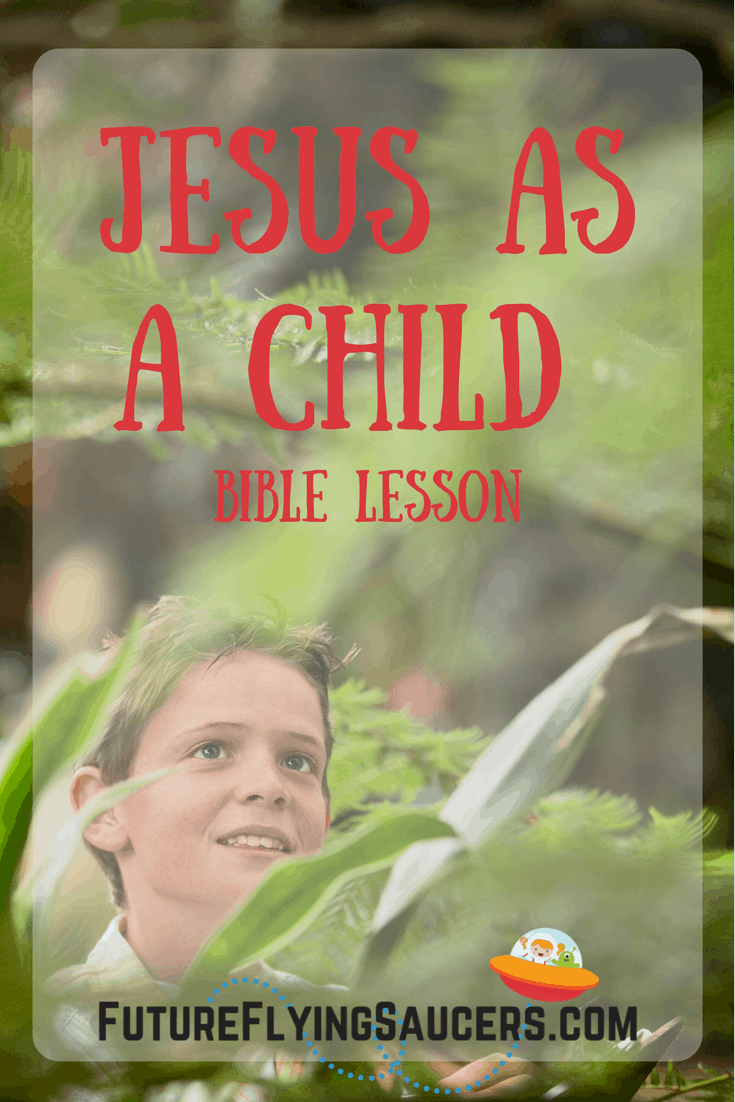