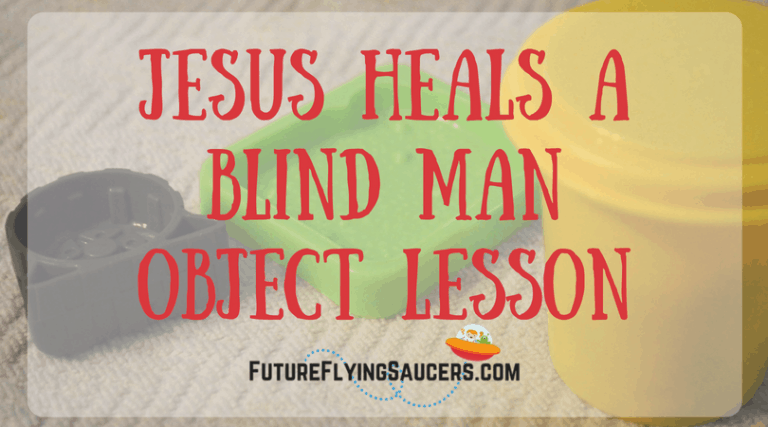 Who is Jesus? This is a very good question. Many in the world have the incorrect answer. Use play dough to teach children about Who Jesus is in this Jesus heals the Blind Man object lesson.

Background: Jesus was in Jerusalem to celebrate a feast. More and more people were following Him and bringing the sick and diseased for Him to heal. The words that Jesus taught showed an authority that baffled many and they wondered if He could be the Christ. The Jewish Leaders continued to watch Jesus and engaged in conversations where they might trap Him saying something wrong. Nicodemus, the one who had come to Jesus at night, argued for Jesus and against the Pharisees at one point. The Bible tells us that Nicodemus became “one of them”, which would be a follower of Jesus.

{Hold up the play dough and one of the molds. Have a conversation while you make the mold impression. Ask:} 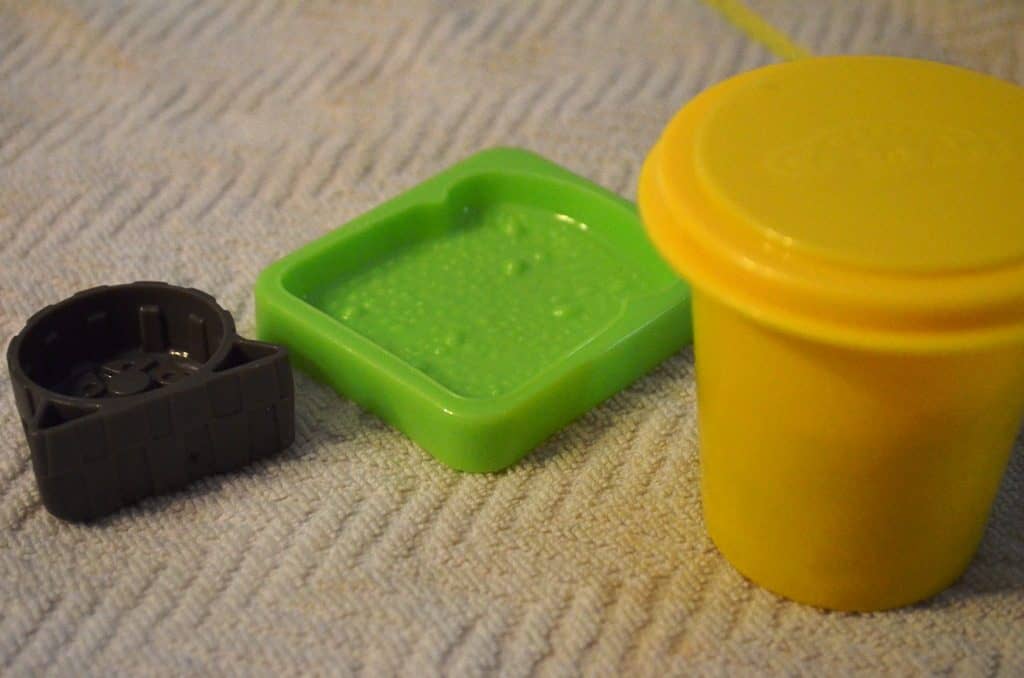 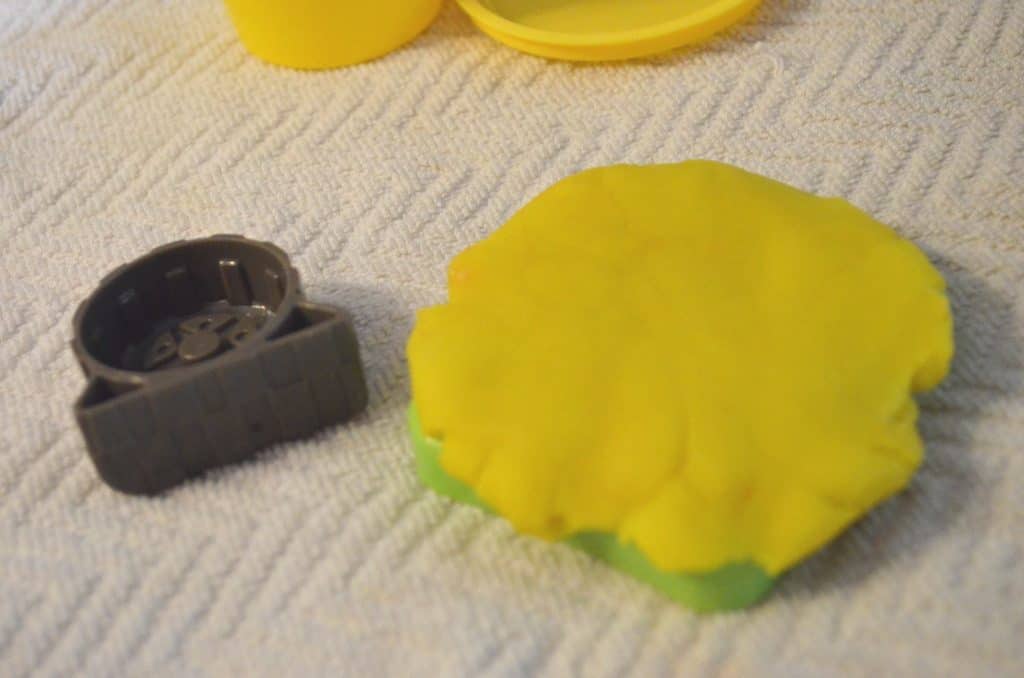 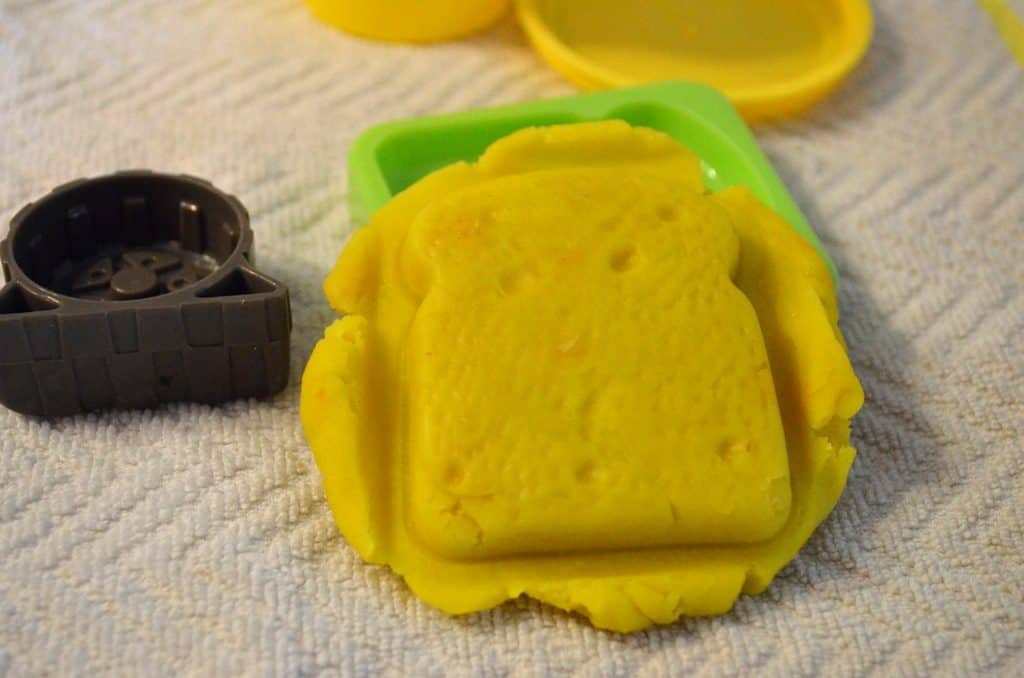 Let’s pretend we are the Pharisees and we have an idea of Who we think God is. We have studied and studied the scriptures. We want to please God in all things.

Let’s say the play dough is Jesus. The Pharisees wanted Jesus, and the expected Messiah, to fit into their little mold. They wanted Him to do exactly what they thought He should do. The problem is that people are not in charge of this world. God is.

Over and over Jesus tried to explain to the Pharisees, and whoever was listening, Who He was and Who sent Him. But that didn’t fit the mold of the people and the Pharisees. Lines were crossed and life became squishy and messed up. So when Jesus healed a blind man on the Sabbath, it caused a real stink.

Jesus and the disciples passed by a blind man who was begging for money. The disciples asked Jesus, “Who sinned? The man, or his parents?” They thought bad things happened to people because of sins they committed.

Sometimes we do actions or behaviors that make bad things happen because all actions have consequences. But when bad things happen for no apparent reason, we must remember that we live in a world that is fallen.

Jesus explained to the disciples that the man was not blind because of sins from the man or his parents, but that the man was blind so God could glorify Himself. That was the reason why God allowed this man to be blind since birth. Jesus spat on the ground, made some mud, placed the mud on the man’s eyes, and then told him to go wash in the pool of Siloam. The man washed and then came back seeing! God was glorified!

But then people started questioning what happened. “Surely this isn’t the same man?” They asked, “This must be someone else.” They couldn’t believe that such a miracle could happen. They would not listen to the man’s testimony.

The people took the man before the Pharisees. It didn’t help Jesus at all that He had healed the man on the Sabbath Day. The Pharisees asked the man what had happened. He told his story once again.

The Pharisees claimed that no man of God would heal on the Sabbath Day.

{Hold up the different mold and the molded play dough. Try to fit them together. The first molded shape will become ruined.} 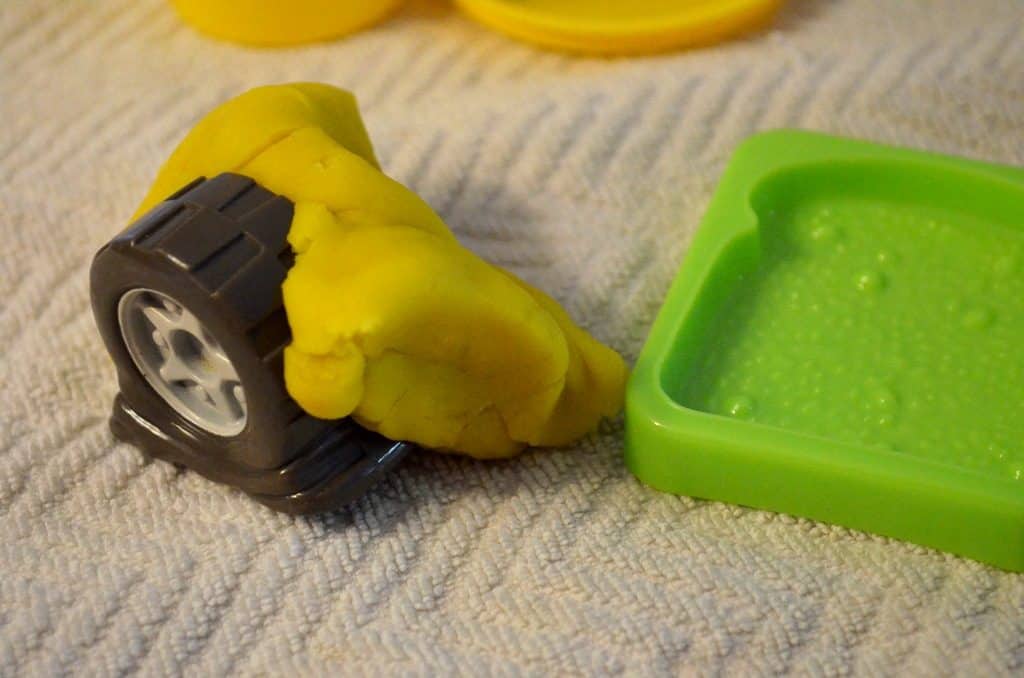 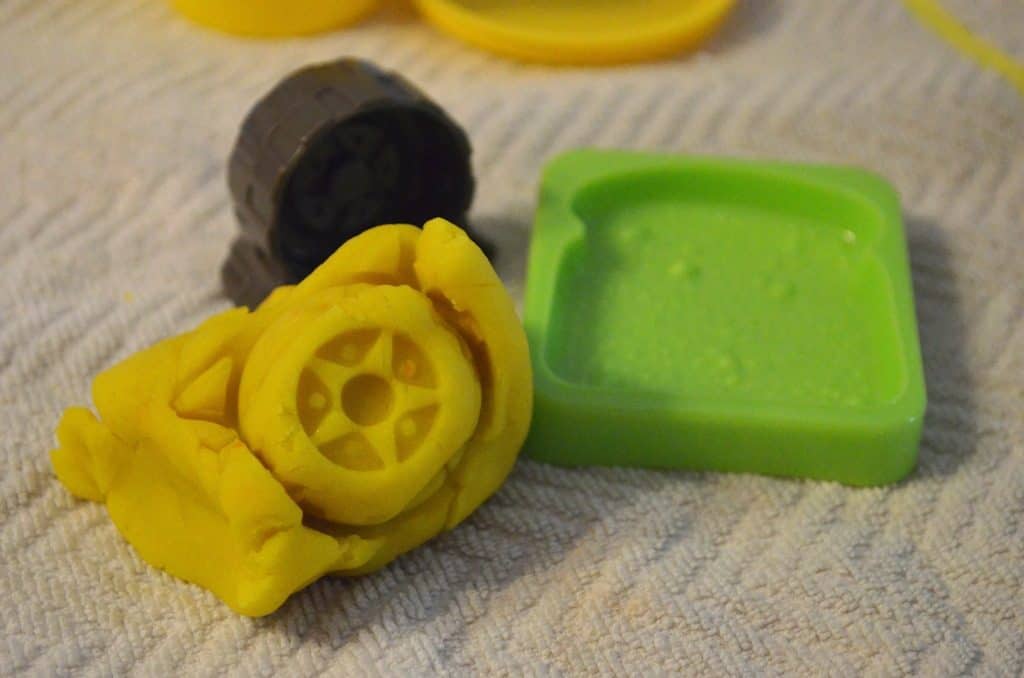 Jesus wasn’t fitting into their mold. The Pharisees called the parents of the blind man before them to see if this man truly had been blind since birth. The parents were intimidated because the Pharisees were going to “put out” of the synagogue anyone who claimed Jesus as the Christ.

The parents told the Pharisees to talk to their son. He was old enough to answer for himself. So again, the man was brought before the Pharisees. He told his story again. “One thing I know,” the man said, “I once was blind, but now I see!” After more arguing, the Pharisees cast him out of the synagogue.

Then Jesus found him. Jesus asked the man, “Do you believe in the Son of Man?” The man who was once blind replied that he did believe and he worshiped Jesus. 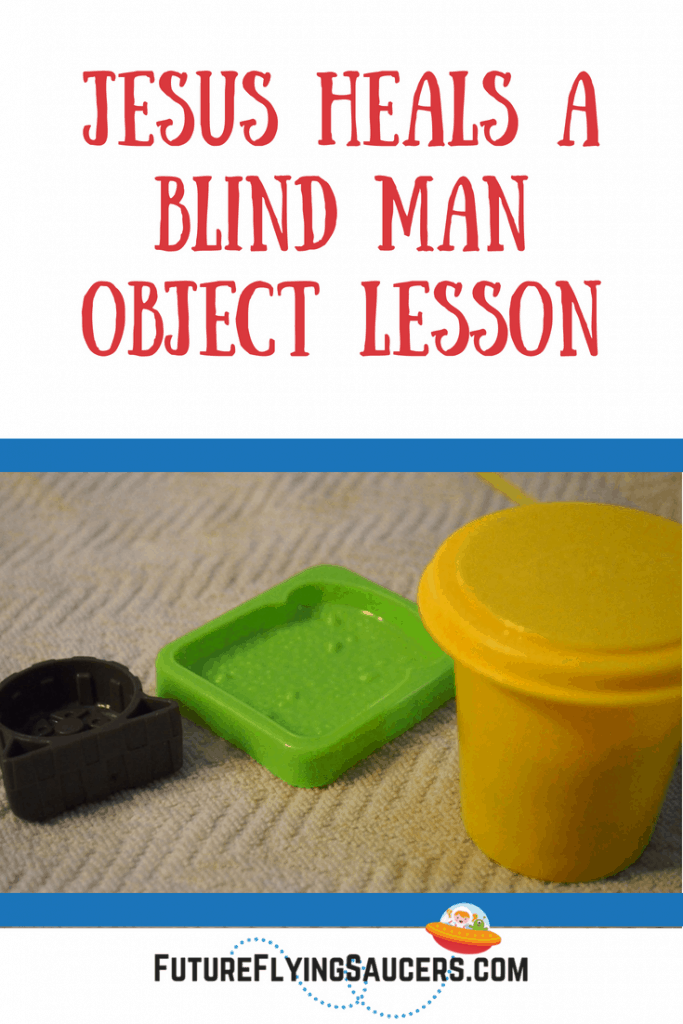 It is so great to know that Jesus will find us when we have been cast away. That man had been telling the truth, but because what happened did not fit into the mold of the Pharisees, they cast him away.

People cannot argue away your personal relationship and experiences with Jesus. They cannot refute it. They can cast you away, ignore you, mock you, and hurt you, but they cannot change the truth that Jesus does things that are unexplained and unexpected in your life.

But sometimes when we have a need, and we go to Jesus with it, we expect Him to answer our prayer exactly how WE want it to be answered.

What can we learn from what Jesus is saying? “Do you believe in the Son of Man?” Do you have your own idea of who God is? Be sure it matches what the Bible says. There will be times when bad things happen, or God doesn’t answer prayer requests the way we might want Him to. That’s when we try to fit God into our own mold, or our own idea of Who He is. If you really believe in the Son of Man, Jesus, then understand that He is in charge, not you.

The Pharisees never understood that. They never would see Jesus as being the Messiah because He did not fit their mold.

The blind man had no problem excepting Jesus for Who He was. He wasn’t even sure WHO Jesus was…but he knew that he had once been blind…and NOW, after Jesus, he could see.

If you have encountered Jesus, if you believe the Son of Man, then you have a testimony like the blind man. Go and tell an tell your story of Jesus to someone!

Jesus and the Blind Man Video: