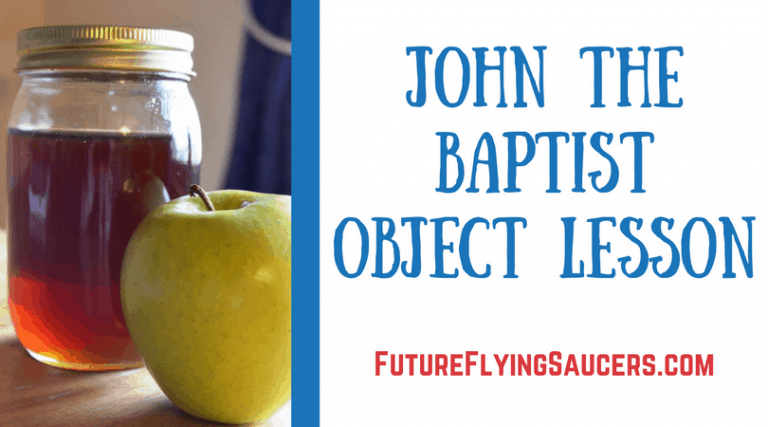 You can tell a lot about a person by what they do. It’s called fruit. In this John the Baptist Object Lesson you will discuss repentance and what fruit the Lord wants to produce in those who choose to follow Him. 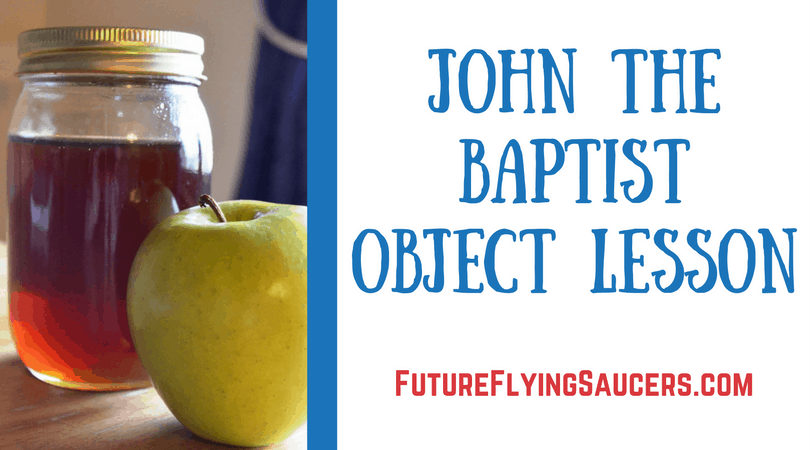 Background: About thirty years have gone by since Jesus was born in Bethlehem. So much happened to Jesus and his family when He was born. Then there was almost silence until Jesus appeared at the Jordan River to meet His cousin.

Object and Bible Lesson for John the Baptist:

After Elizabeth named the baby, and Zacharias confirmed that the baby’s name would be John, Zacharias could speak once more.

Both boys, John and Jesus, grew up.

John appeared in public first. Picture what this man must have looked like. He lived out in the desert, wore camel’s hair, and a leather belt around his waist. He ate locusts and honey.

{Show the jar of honey.}

Perhaps the honey takes the “crunch” out of the locusts.

Hundreds of years before John was born, the prophet Isaiah talked about a voice that would come from the wilderness. Isaiah said that the voice would have a message: The Lord is coming! Prepare! Make the paths straight for His coming!

John lived a very simple life and was filled with the Holy Spirit. He started preaching in the wilderness. He had a simple message, but it was life changing: Repent! For the kingdom of heaven is at hand!

“When John the Baptist announced that the Kingdom of God was at hand, he meant that God’s rule was just about to break into the world through the Messiah.” (Dr. David Naugle) So as John preached, he continued to tell the people that God was about to do something. It had been over 400 years and NOW God was moving.

John was telling the people to turn away from their evil ways and to prepare themselves for the coming of the Messiah. The Lord was coming, but John didn’t know when. He kept preaching the same message to those whom would listen. People were convicted and they repented of their deeds. Different groups went to John and asked what they needed to do to fix their wrong choices.

He gave them specific things to do, such as: share with those who have none, tax collectors should only tax what they ought to, soldiers should not force people to pay them money and falsely accuse people.

And people came in large numbers to be baptized by John. But he knew that some people’s hearts were not changed, especially those of the Pharisees and Saddusees who came to be baptized. In fact, John called them a “Brood of Vipers!”

The people wondered if John was the Messiah. But he told them that One would be coming Who would baptize with the fire of the Holy Spirit, and not with water.

One day Jesus showed up at the Jordan River to be baptized. John said, “It is I who should be baptized by You!” But Jesus told him that He needed John to baptize Him to “fulfill all righteousness.”

After Jesus was baptized, the heavens opened up. The Holy Spirit took on the form of a dove and flew down to Jesus. God the Father spoke from heaven saying, “You are My beloved Son, in You I am well-pleased.”

This picture of Jesus in the water, with the Holy Spirit like a dove upon Him, and God’s voice coming from heaven shows us THREE parts of God. This is called the Trinity of God.

The Trinity is the term we use to describe God as One God and the three persons of God: the Father, the Son, and the Holy Spirit. All three are God, but they are separate persons of God. They have different purposes.

This concept is hard to understand at times because God is God and we are human. Many times we try to explain things about God using human terms and it does not work well.

The Trinity is something people have been studying for years. But it is one of those facts about God that we can accept with faith because God is so much bigger than what our minds can understand.

Life Application of John the Baptist and Jesus’ Baptism:

{Hold up the piece of fruit.}

Remember the people who were coming down to be baptized and repent, but John knew that they didn’t mean it? John preached about fruit. He talked about trees being cut down if they did not produce the fruit of repentance.

John did not mean fruit like this. Instead, he was talking about behavior, actions, and motivations.

Can you tell when someone is truly sorry for something bad he did to you? God can tell if you are really sorry when you repent, and tell Him you are sorry for bad behavior. He knows your heart.

John told those people who really did not mean to change that the ax was waiting at the base of the tree. And that all trees that did not bear fruit would be cut down and thrown into the fire.

If a tree is diseased, a farmer will cut it down. Not only will it not produce good fruit, but it might spread disease to other trees. John preached to these people and told them that if they really did not repent and mean it, then they would be cut down, gotten rid of, and thrown into the fire. 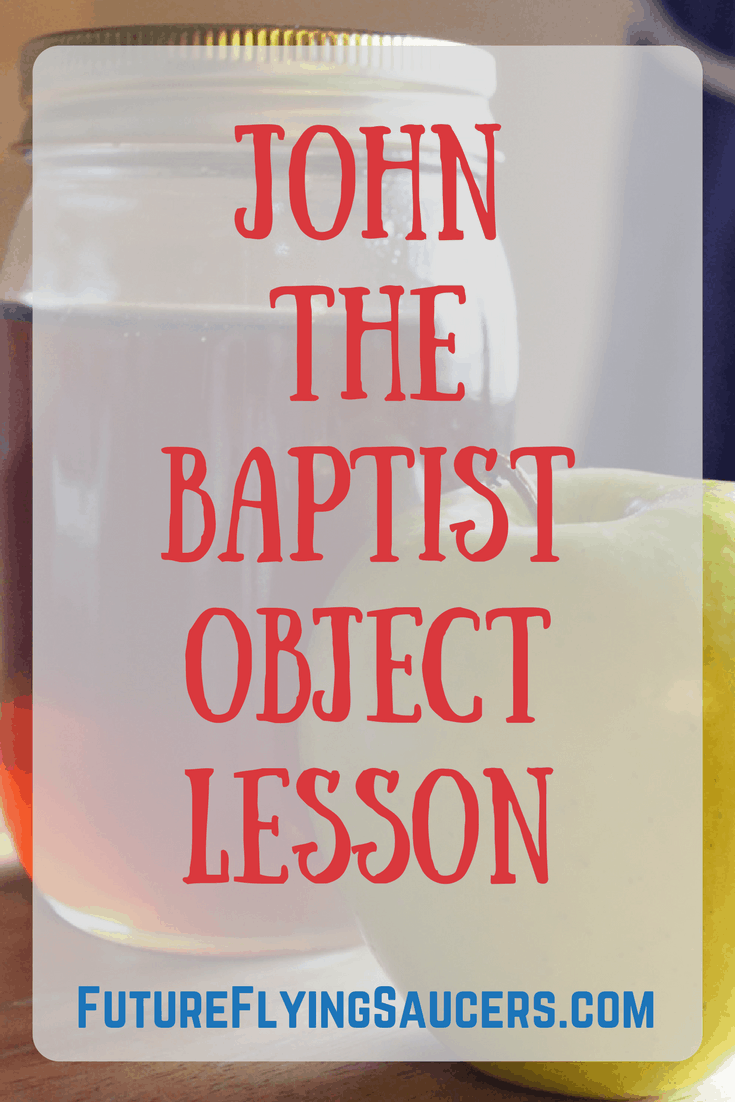 Hell is a real place. People have two choices: One, believe that God’s kingdom of heaven is attainable through Jesus; OR ignore that fact.

John showed us an example of humility in Matthew 3:11. He told the people that he was not worthy of untying, or carrying, the shoes of the One to come. In the middle east, shoes, especially the bottoms of shoes, are considered dirty. Because of his own sin, John was expressing that he was not worthy to untie Jesus’ dirty, yucky shoes.

John told us that the kingdom of heaven was at hand. Jesus, the Messiah, was coming. In order to recognize Jesus for Who He was, the hearts of the people, our hearts, must be prepared to make way the paths of the Lord.

The fruit of repentance is the humble acceptance of grace. We are not worthy to untie Jesus’ shoes.

What can we learn from John the Baptist? We need to repent…and truly mean it in our hearts. We need to turn from doing life our own way and walk on Jesus’ path of life instead.