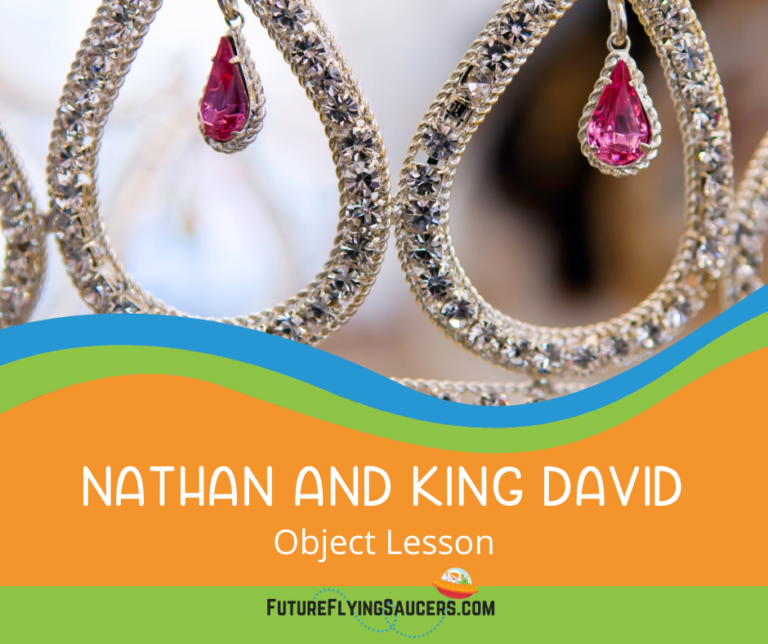 The prophet Nathan called out King David for his adultery with Bathsheba and the murder of her husband, Uriah. Use this Nathan the Prophet object lesson to teach children that God sees our sin and desires for us to repent.

Background: Nathan prophesied during the reigns of King David and King Solomon. He was a court prophet, offering counsel to kings. He appears in Biblical accounts four times. In this event, God sent him to confront David over his adultery with Bathsheba and his murder of her husband, Uriah.

[Show your ring or special item to the children. Describe how much you like the item, who gave it to you, and why it is special.]

Take a look at my ring. It’s one of my very favorite things because my husband gave it to me. He spent a lot of time looking for this and saving up for it because he wanted to show me that he loved me. I love this ring SO very much because it reminds me of how much my husband loves me every time I look at it.

Let’s pretend! I want us to pretend that I went all the way over to England to visit some friends.

While I was there, I got the once in a lifetime chance to meet the Queen of England! You can imagine how excited I would be. I got all dressed up in my finest clothes, and of course I wore my beautiful ring.

When I met the Queen, she noticed my sparkly, wonderful ring and remarked that it was very beautiful. I told her my husband gave it to me. Later that night, a representative from the Queen came to my hotel. He said that the Queen admired my ring so very much, and that she wanted to add it to her collection of all her many crown jewels. Of course, I said, “No, my husband gave me this!” I couldn’t part with it. The representative tried to talk me into giving my ring to the Queen, but I would not do it.

The next morning, soldiers from the Queen came, took me to the Tower of London, put me in prison, took my ring away, and gave it to the Queen.

[Show the picture of the crown jewels. Discuss what is seem and the richness of the items. Compare them to your special ring or item. Ask:]

The Queen is known worldwide for her famous collection of every kind of jewels. It would not be right for her to take my ring when she has all those others. 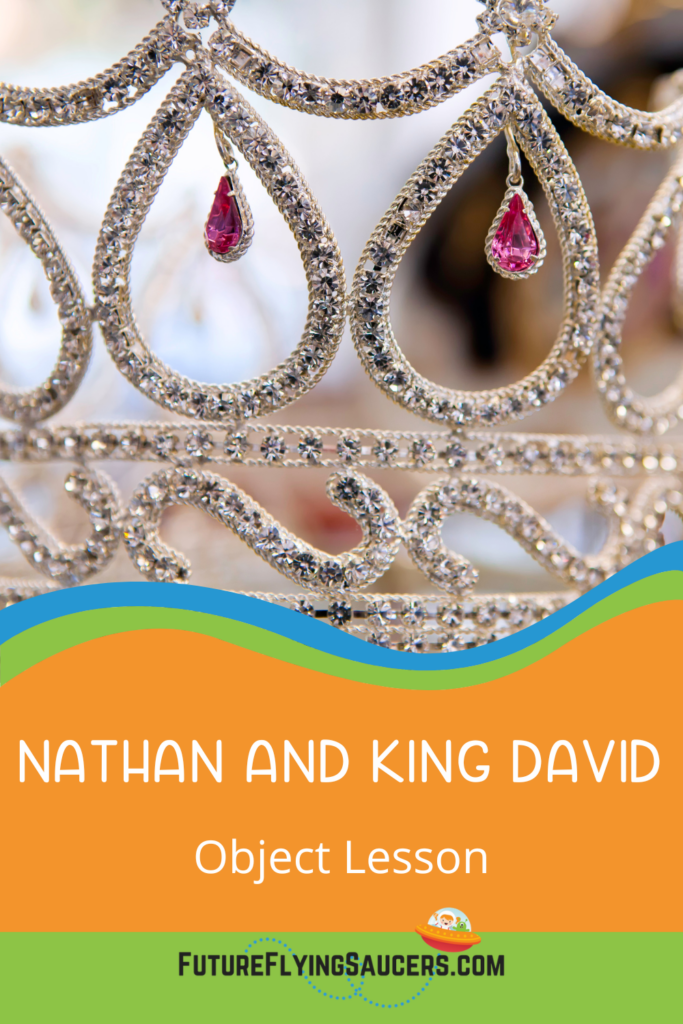 Nathan the prophet prophesied about 1000 years before Jesus was born. Nathan was a prophet during the reign of King David, and then David’s son, King Solomon.

Back in those days, kings used to go out and wage wars against each other in the spring. David was supposed to go out and lead his armies, but he stayed home in Jerusalem and sent his commander, Joab, to lead instead. This was King David’s first mistake.

One night while he was in his palace, he couldn’t sleep and went out on the rooftop. He saw down below him on a housetop a lady taking a bath. She was very beautiful, and King David decided he wanted her to be his. Mistake number 2.

He asked someone who this lady was, and found out her name was Bathsheba, and she was a married lady, the wife of his own soldier, Uriah. He sent people to go and bring her to him. Mistake number 3.

Bathsheba came to King David that night. David thought she was so lovely, he wanted her for his wife. Just one problem – she was married. Later, Bathsheba sent word to him that she was carrying David’s baby. David decided to get rid of her husband. Mistake number 4.

David told his commander, Joab to send Bathsheba’s husband, Uriah into the part of the battle where the fighting was the fiercest, and then pull back all the defenders so that Uriah would be killed. David actually had Bathsheba’s husband murdered! Mistake number 5.

Nathan is bringing a message from God to deliver to David.  This is God speaking to David about how he hated what David had done. David had everything, because God had made him king and given him anything he desired, but he still took Uriah’s wife. David made many mistakes. He sinned. Nathan had to show David how it looked to God that he would take Uriah’s wife and then have him killed. God was displeased. After Nathan brought him this message from God, David, who was called “a man after God’s own heart”, realized what he had done, and said “I have sinned against the Lord.” He knew that when we sin against people, we sin against God.

Nathan said, “The Lord has taken away your sin.” That must have been good news to David! God forgave him. But sin always has consequences. Because David had shown what Nathan called “utter contempt for the Lord”, the baby born from King David and Bathsheba died.

God gave Nathan the message, so he knew it had to be true, and he had to go before the king and call him out for what he had done. Thankfully, David realized his sin, and took the blame for his mistakes.

That’s right, Jesus! Jesus came and lived His whole life without sin. He then went to the cross and died for us, and rose again so that we might be forgiven for our sins. Nathan told David that God had put away, or forgiven, his sin because David was totally sorry for what he had done.

When we confess our sins, God is faithful and just to forgive us our sins, too. I am so glad we don’t have to carry the weight of all the wrong things we’ve done.

What was God saying through Nathan?  David had sinned. God showed David how he had not only sinned against Bathsheba, Uriah, and the soldiers, but mostly against God Himself. By Nathan having the courage to carry God’s message to David, the king repented and turned away from the bad things he had done, seeking God’s forgiveness. We can go to God, too, just like David, and repent – turn back – from the wrong things we have done, and count on our loving God to forgive us.

Videos for Nathan and King David: