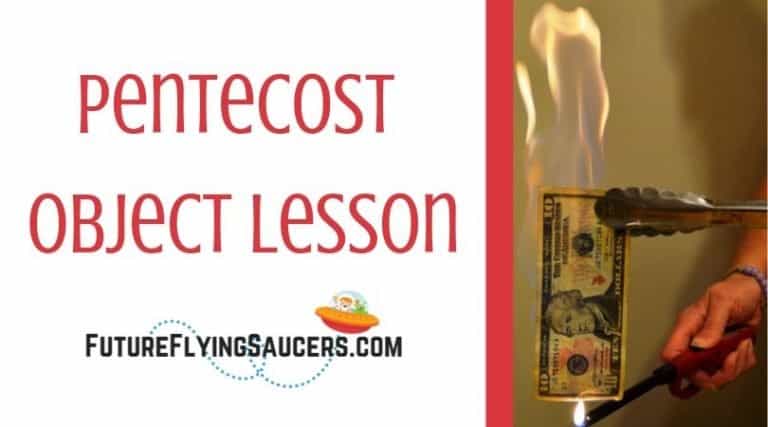 Who is the Holy Spirit? Why should we care? Use this exciting Pentecost object lesson to teach children about the Holy Spirit and what happened when the disciples began to live a spirit-filled life.

**DISCLAIMER: This should not be done with children sitting close to you and do not get your fingers wet.

Background: After Jesus rose from the grave, He appeared to His followers over the duration of 40 days. 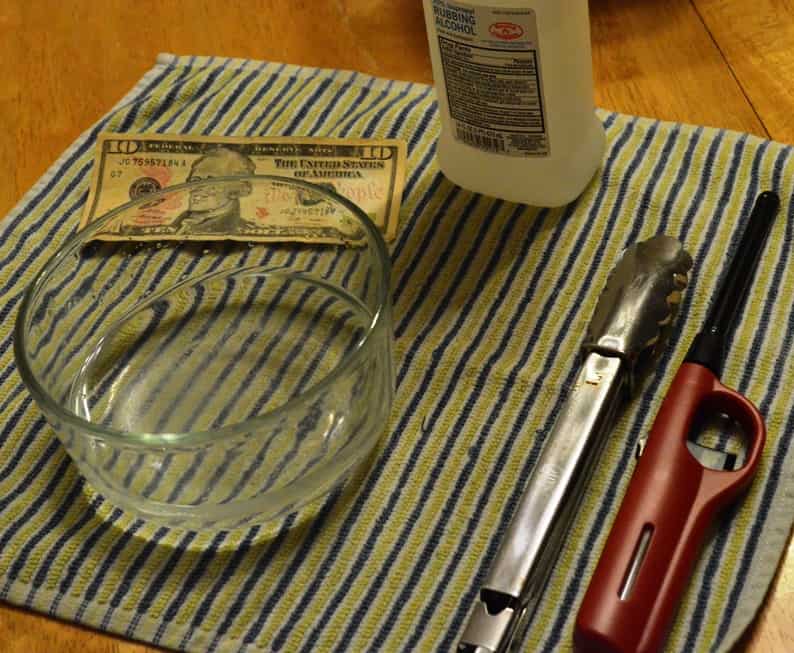 Let’s say YOU are this $10 bill. You are valuable to God. He created you. He created me. But because of sin, we deserve death. The wages of sin is death.

BUT! God sent Jesus, the Living Water, to save us from burning. 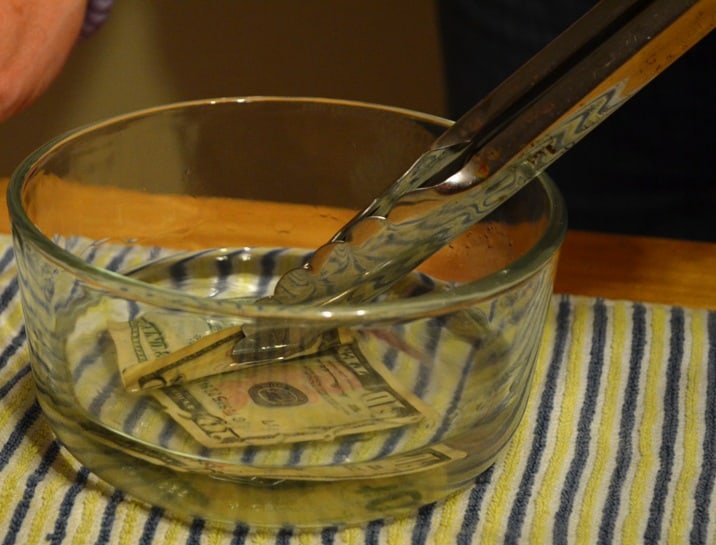 For 40 days Jesus appeared off and on to the disciples after He had risen from the grave. During that time Jesus spoke to them about God and the kingdom of God. They soaked everything in that they could.

But they were confused. They wondered when Jesus was going to restore the kingdom of Israel back to its former glory.

Like this $10 bill soaking up the liquid, they soaked up as much of the teaching of Jesus as they could. Knowledge, love, attitude, behaviors, ANYTHING they could soak up from Jesus, they did. Then one day Jesus took them all up to the Mount of Olives, told them to wait and receive the power of the Holy Spirit, explained that they were to be His witnesses throughout the world, and He rose up into the air and left them.

Two angels told the disciples that Jesus would return one day the same way He left. The disciples disbursed and they returned to Jerusalem. The eleven disciples were in an upper room, along with some women, Mary, Jesus’ mother, and Jesus’ brothers. Judas was no longer with the disciples, so they decided to choose another man to replace him.

Two men were chosen with these credentials: Justus and Matthias. Matthias received the position of being with the other eleven and was called an apostle.

And then the group of disciples waited.

On the day of Pentecost the disciples were STILL gathered in the upper room. Pentecost was a Jewish Festival, also called the Festival of Weeks, which was 50 days after the last day of the Passover. Remember the last supper? That was Passover. This festival used to be a harvest festival, but over the years, the Jews used this festival to celebrate the giving of the Law to Moses on Mt. Sinai. The Law allowed Israel to become a nation as they traveled to take over their land and settle. The Law allowed for the birth of a nation holy unto God.

In Acts 2, something different happened on Pentecost. The 120 disciples were in the upper room and they heard the sound of rushing wind. It filled the room. There appeared to be tongues of fire sitting on top of each disciple. Each disciple had been with Jesus. Each had soaked up, learned, experienced the Living Water as much as they could.

{Show the bowl again. Use the tongs to pull out and hold the $10 bill over the bowl.} As the tongues of fire were over the heads of the disciples, they each started to speak in languages.

The Holy Spirit filled the disciples and in a moment they were gifted with the ability to speak another language. Because of the festival, Jews from the surrounding areas and countries were in Jerusalem. Evidently the rushing wind was REALLY loud because the Jews in Jerusalem gathered together in confusion and were listening to the languages being spoken. They were amazed to see poor Galileans speak in their own languages. Some were skeptical and stated that the disciples were drunk.

Peter stood up and told the crowd they were not drunk, and he then told the people all about the scriptures and then who Jesus was. He accused the people of killing Jesus and they were cut to the heart! They asked what they needed to do. Peter told them to repent and be baptized. Three thousand souls were added to the church that day.

The church was born on Pentecost. A people who are to be holy unto God.

When you accept the gift of eternal life through Jesus Christ, the Holy Spirit will indwell you because you believe in Jesus. Once the Spirit is there, then you need to soak yourself by reading the Bible, going to church, praying, humbling yourself, seeking Jesus and soaking up Jesus, then you will be ready when the Holy Spirit wants to burn in your heart and tell you to do something, or teach you something new.

God is the All Consuming Fire. He wants to burn in your heart so that you will have the same power and boldness that Peter had when he told those Jews about Jesus.