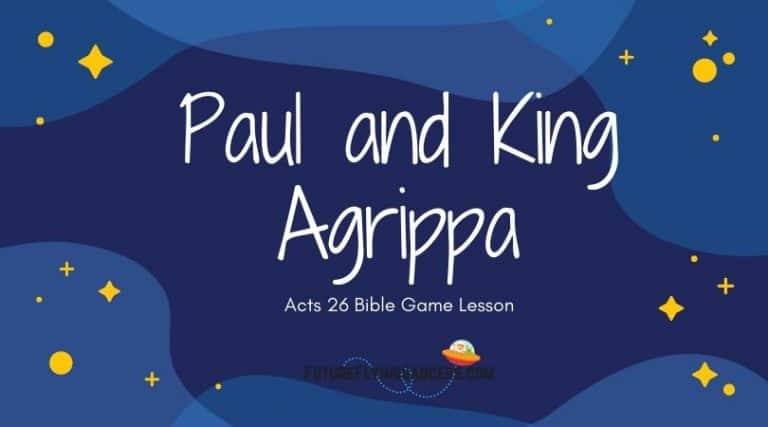 Play a simple game to discuss the art of persuasion as you teach this Acts 26 Bible Lesson about Paul almost persuading King Agrippa.

Write simple truths on 5-6 index cards depending upon the number of children you have. Examples: 2 + 2 = 4; A cat has fur; Rain falls down and not up; The sky is blue; Gravity exists. If you have younger children, use more simple facts; if older ones, use more complex facts.

Background: It is important to remember of what the Jewish Leaders originally accused Paul. They had accused him of teaching all men to be against the Jews. They had also accused him of defiling the temple by bringing a Gentile into an area where he wasn’t supposed to be. Of course, both accusations are incorrect.

Knowing some history is important. There are three Roman Governors mentioned in the New Testament. Pontius Pilate, Felix, and Festus. Being leaders of the Holy Land would mean that Felix and Festus were familiar with Jewish customs and beliefs. They would also have been knowledgeable of how volatile the region was. They would be motivated to keep the Jews happy so no fighting would break out. King Agrippa was the great-grandson of King Herod who had the babies of Bethlehem slaughtered. Agrippa was a practicing Jew and was very familiar with the scriptures. Bernice was his sister. At this time in the early years of his reign, Caesar Nero was known as a relatively good leader of Rome.

{Choose child volunteers and give each one a card.}

I have given you a card with a fact on it. You need to read that fact, think about it, and when it is your turn, you need to convince me that your fact is true. You are going to try to persuade me to believe you.

{Have the first child read the fact. Say in a questioning manner, “I don’t think that is true. Persuade me.” Allow for rational arguments using math, science, and evidence. For 2+ 2 = 4, the child might say “It just is.” Respond with, “Prove it. Persuade me to believe you.” Then they might think through finding 4 objects, hold up one at a time and saying, “One and two and add another two” and then prove that two plus two is four. Agree with them and then move on the next fact. Be silly with this process and come up with crazy arguments such as, “No, 2 + 2 really equals 5.” Don’t be too difficult though and then frustrate the children. You might need to lead some of the children with questions.}

Paul was in jail in Caesarea. He has been there for two years. Governor Felix, who had put Paul there after the Jewish Leaders fought over him, was no longer in power. Governor Festus had taken his place. When he took over the High Priest told Festus about Paul and how he wanted Paul to come back to Jerusalem. (Of course he didn’t tell Festus he wanted Paul ambushed and killed on the way!) After 10 days, Festus had a trial for Paul. The High Priest and leaders complained about Paul, but they did not have enough proof to bring charges against him. Festus asked Paul, “Are you willing to stand trial in Jerusalem?” Paul responded, “To the Jews I have done no wrong. I appeal to Caesar.” In response Festus said, “You appeal to Caesar? To Caesar you shall go!”

King Agrippa and his sister Bernice had come to visit. Festus told Agrippa about his Paul problem. Paul was brought before them in chains and the leaders were in full pomp and circumstance with many other important people. Agrippa said, “Speak for yourself,” and Paul started telling his testimony including his conversion, preaching to the Gentiles, and about Jesus being risen from the dead.

This is a very important question because Agrippa is a Jew. A good Jew believes the prophets, BUT at this point after the message Paul gave, if Agrippa stated he believed the prophets, then he would be stating that Jesus was the One who fulfilled them.

Paul so much wanted the king and those in the room to become believers of Jesus like him. Paul was taken away and Agrippa turned to Festus and said, “This man has done nothing. He’d be free if he hadn’t appealed to Caesar.” 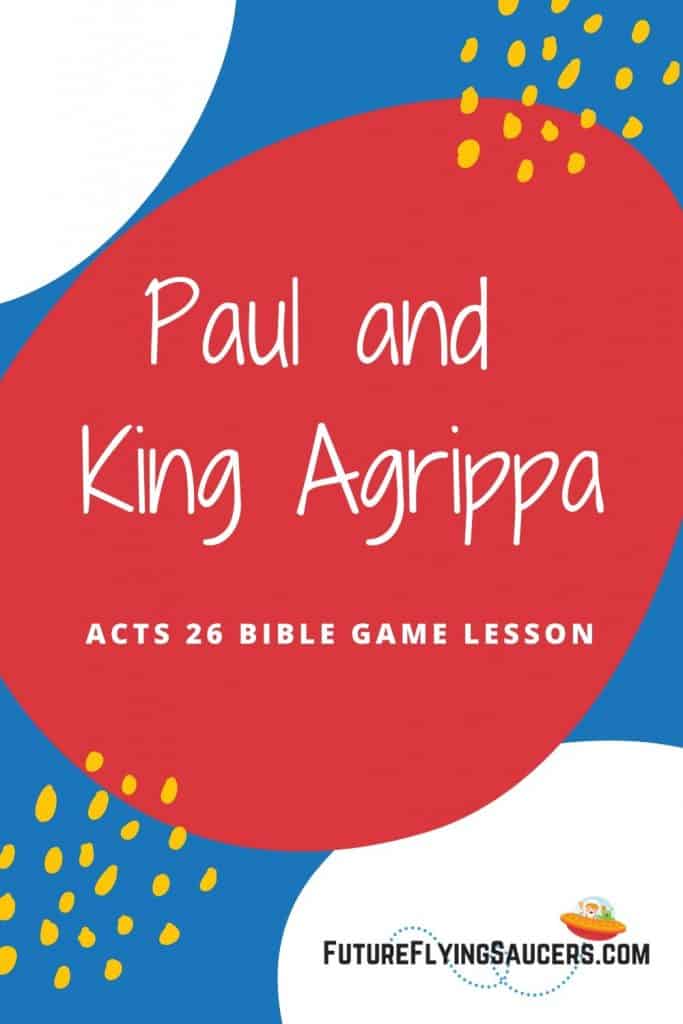 No one knows who, if anyone, came to know Jesus that day. But Paul’s testimony was important. He was preaching Truth to Kings and Governors just as Jesus said he would. He was also on his way to Rome to see Caesar just as Jesus said. God’s promises are true and trustworthy.

{Hold up the cards, or point to the children who tried to persuade you.}

These are facts that we know to be true. We pretended that you had to persuade me to believe that the facts were true.

Paul stated the facts of the gospel and King Agrippa was almost persuaded to believe.

The fact of Jesus’ resurrection is still a stumbling block to many people. People have a hard time fathoming anyone coming back to life. Christianity is THE only religion who’s “prophet” or “messiah” is alive. That’s why our celebration of Easter is so important. Without Easter, Christmas loses its meaning.

It is your job as a Christian to tell other people the facts about Jesus, how He changed your life, and how the Holy Spirit works in your life now. But it is God’s job to work in the hearts of people to choose Him. We present the facts. We attempt to persuade like Paul, but God is the One who changes hearts.

What can we learn from Paul in Acts 26? We can have the boldness to stand firm and talk about Jesus to people even if they choose to ignore us or think we are not right in the head. Asking God to work in the hearts of other people so that they decide to choose Jesus is so important!

Worship Videos for this lesson: