We are always told we should do random acts of kindness. How come? Helping our children know how to take the initiative is a step in the right direction on the narrow path of godliness. {Deuteronomy 5:32} 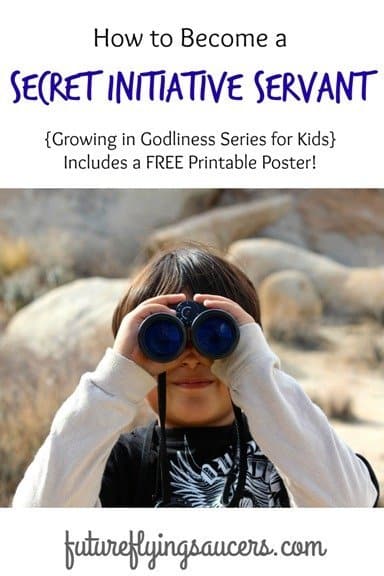 Materials: binoculars, or a spy glass 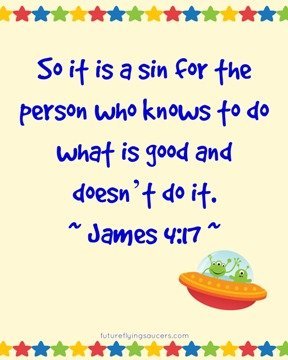 Background: In Second Kings, Judah had been warned that their punishment was coming. They had strayed and rebelled against the Lord long enough. King Hezekiah was gone. He was a king that, though not perfect, desired to “do what was right in the sight of the Lord.” Then came his son Manasseh, who is still known to be the most evil king who ever lived. Manasseh’s son, Amon, did evil in the sight of the Lord. His servants went against him and killed him. That placed Amon’s eight year old son on the throne.

{Hold up the binoculars to your eyes and look at the kids.}

What are these and what do they do? (Allow us to see father away; make things larger so we can see them.) What might we use these for? (bird watching, use on a ship to watch for land, etc.)

Sometimes people will use binoculars to watch other people. Think of spies. They watch from a far distance to see what people might be doing.

I am going to teach you to use your hearts’ binoculars so you can be a Secret Initiative Servant!

King Josiah was eight years old when his father was killed and he became king. The Bible has a great verse about him if you read 2 Kings 22:2 –>

He did right in the sight of the Lord and walked in all the ways of his father David, nor did he turn aside to the right or to the left.

Wow. He must have really loved the Lord. Which is really interesting because of what happened next.

When King Josiah was 18 years old, he sent a scribe to the high priest and told them to repair the temple. The people of Judah had been rebellious during his father and grandfather’s reign and so the temple was falling apart. Josiah wanted to fix that. While the temple was being improved, the high priest found a book. He had it taken to the king. The scribe read the book to King Josiah.

When King Josiah heard the words of the book he ripped his clothes, which was a sign of mourning and distress. The book, was the Law of God. Because of the evil choices of the people, the Law of God had been lost in the temple.

Josiah had the scribe and high priest go to a prophetess to find out what Judah’s punishment would be for their reckless behavior. Harhas told the men that calamity would take place in Judah, but because of Josiah’s heart for God, the destruction would not happen during his lifetime.

When Josiah heard this he gathered all the people at the temple and vowed before them that he would follow the Lord and keep his commands with all his heart. Because of his leadership, all of the people followed his example.

Josiah knew what had to happen. Judah had to be cleaned up. Josiah ordered idols taken down and smashed. There were even idols in the temple that were taken out and burned. He destroyed anything that defiled the kingdom. He ordered that the priests go through a cleansing to make them right with God again so they could serve in the temple. There were pillars and smaller temples that had been built around the kingdom and he had those torn down. He executed the evil priests.

Once all of this was done, King Josiah commanded the people to keep the Passover feast. They had a grand party worshiping the Lord!

When you look through binoculars, they help your eyes see better. That is what God’s law does for us. It helps our eyes and hearts to see what is going on around us.

What if he knew what to do, and didn’t do it?

If you see something that needs to be done because it is the right thing to do and don’t do it, then you have sinned. So how do we do better? This is when you become a Secret Initiative Servant.

Taking the initiative is when someone does something without being told. A Secret Initiative Servant is someone who secretly watches what is going on around him and then takes the initiative to help whenever he can.

What are some way we can be Secret Initiative Servants? (Allow for answers.)

What can we learn from King Josiah? If we want to be godly, then we must choose to do what needs to be done because it is the right thing to do.

This lesson has been UPDATED and is a part of my book Walk This Way: Ethics and Sanctification Lessons for Kids. CLICK ———> HERE for more information.