The Time Between the Testaments Object Lesson

Waiting…it can be hard to do. Why is it important to know what happened in history between the Old and New Testaments? Use a fun science experiment to discuss waiting and what God was doing between the testaments. 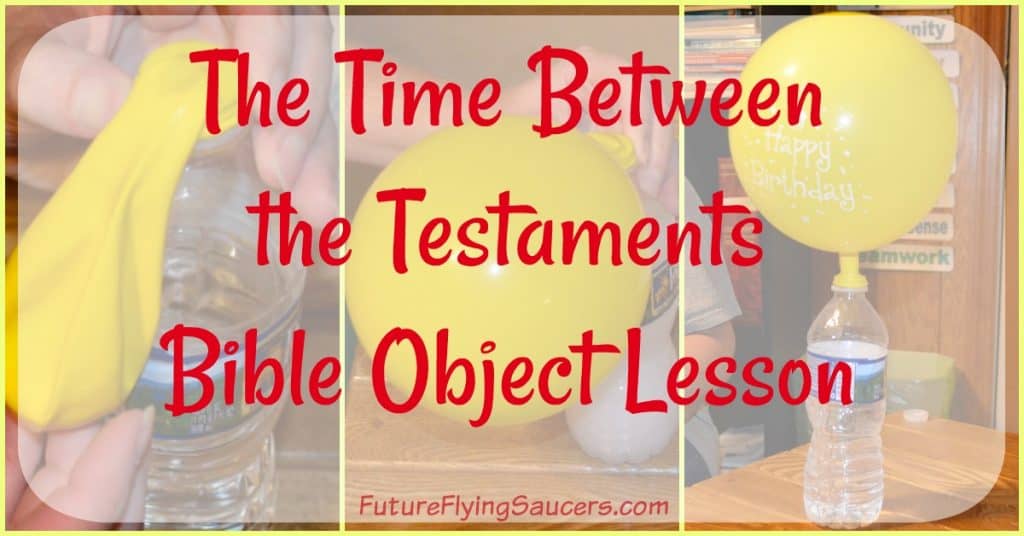 Background: The Old Testament was over. This was the time between the books of Malachi and Matthew. God became silent.

The Time Between the Testaments Object Lesson:

{Prepare before the lesson: Use a half-filled water bottle. Make a cone out of the index card and tape it. Use this as a funnel. Add one tsp. of citric acid to the bottle. Carefully add one tsp. of baking soda to the inside of the balloon.}

Waiting can be hard, especially if you are waiting for something that you know will be good!

We’re going to do an experiment. We need to fill up this balloon, but we aren’t going to blow it up ourselves. We could do that very fast. Instead we’re going to have the bottle fill up the balloon and we won’t even need to touch it. BUT! We will have to wait for the balloon to fill. If it fills up, what a NEAT and FUN experiment we did!!

{Take the balloon and carefully wrap the opening over the bottle opening. Quickly lift up the balloon, dump in the baking soda, and drop the balloon down again so you aren’t touching the experiment. WAIT! The balloon should fill up with carbon dioxide gas.} 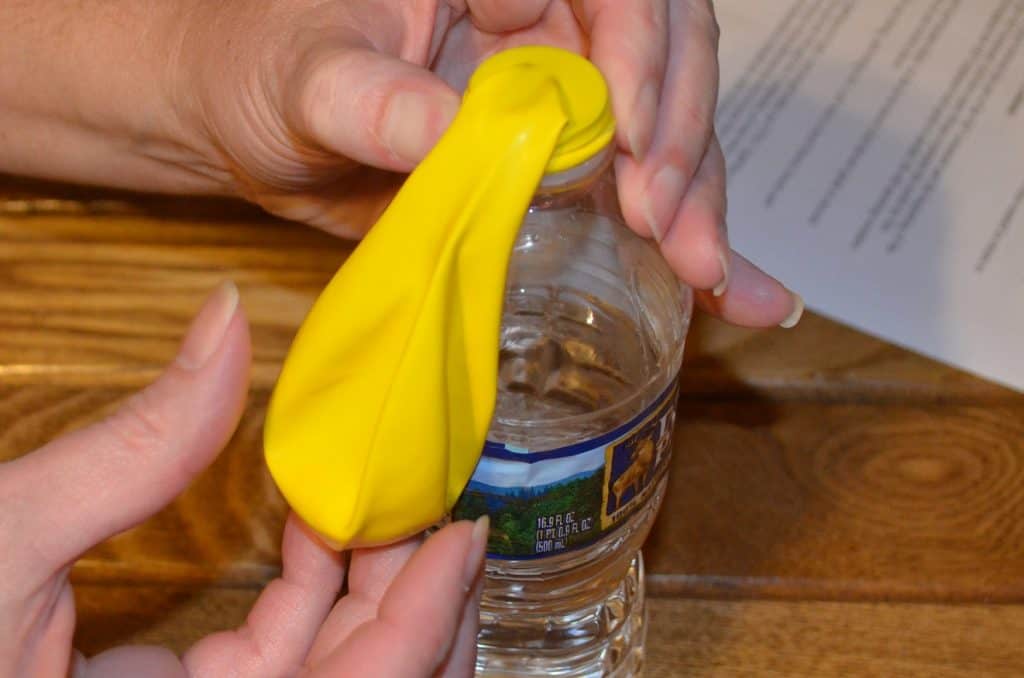 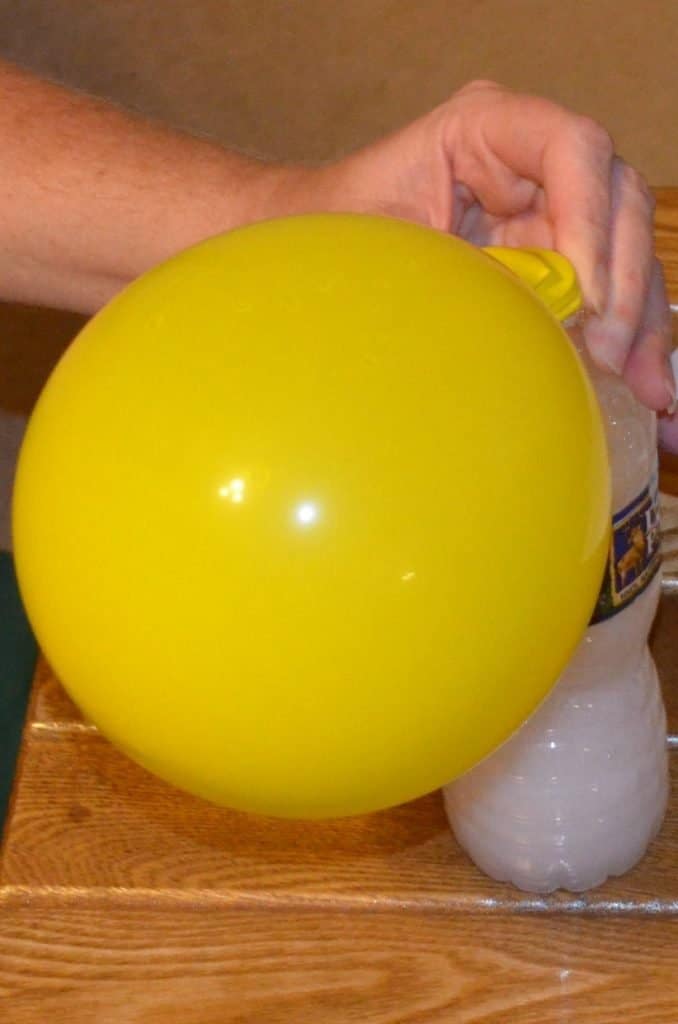 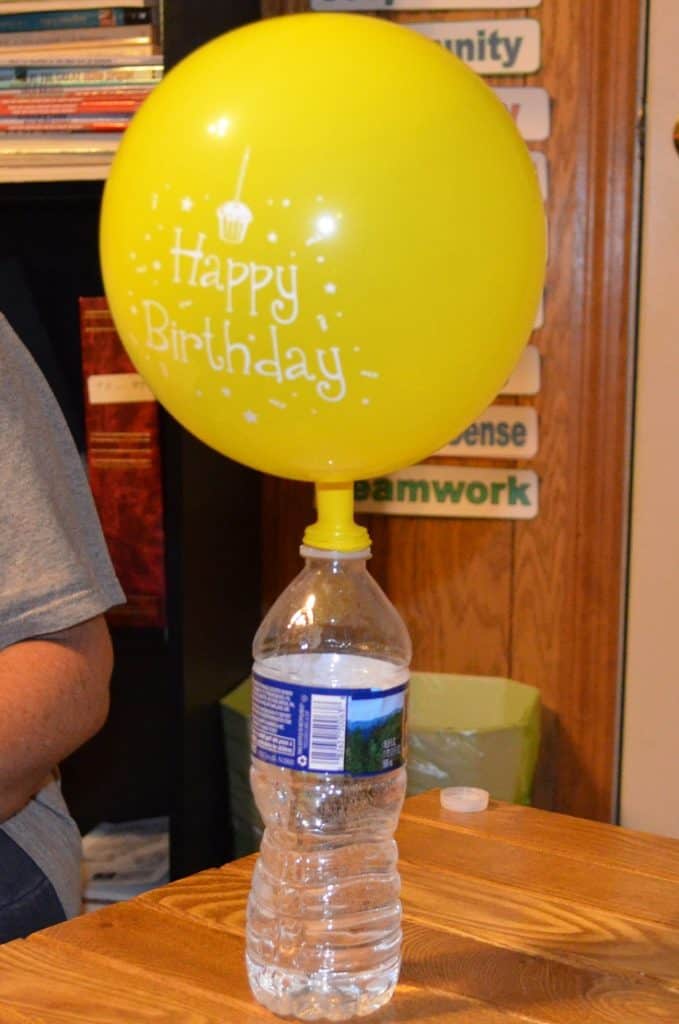 After waiting, the balloon filled up! We didn’t have to wait TOO long though. At least not like the Israelites. They knew their Messiah was supposed to come. And they waited…and they waited…

In fact, the Old Testament ended. The exile had ended. Those Jews who wanted to return to Israel had. And so they waited.

The Time Between the Testaments Lesson:

After the book of Malachi God became silent. As far as we know, God did not speak to anyone during those years, at least no one wrote it down.

But God was still at work. He was doing…and doing a lot. Let’s have a short history lesson and learn some vocabulary!

Powers: Countries seem to enjoy fighting over land. And people today are STILL fighting over the land of Israel. During the time between the Old and New Testaments, at least three powerful countries rose to power. The first was Persia. Persia allowed the Jews to keep their religion. Remember, the King of Persia allowed Nehemiah to rebuild the walls of Jerusalem, and the people rebuilt the temple. Ezra brought back the word of God. During about the first 100 years of the 400 years of silence, Israel was at peace with the surrounding nations with Persia in control. The Jews did their own thing.

Greece – Language: Then Alexander the Great came along and conquered lands for Greece, including Israel. They forced people to speak Greek, which allowed for people in different countries to communicate with each other. Greece also wanted to spread their polytheistic culture (worshiping many gods) and the Jews did not like that. One thing they learned from exile was that they were a nation with ONE God and one God only. They weren’t going to make that mistake again.

Israel – Hopes: The culture of that day, in the eyes of the Jews, was worldly and sinful. The Jews thought they were THE nation of God and they were surrounded by evil unclean people. There were Jews and there were Gentiles. People were clean or unclean. All the Jews could do was hope their Messiah would come soon and get them away from the unrighteous.

Rome – Roads: Greece weakened and Rome conquered them. This was the time of Pax Romana, mainly because if the conquered peoples did not cooperate, then they would be executed (ever heard of crucifixion?). So this was a time of relative peace and building. The Romans built buildings and bath houses; aqueducts and roads. Once roads were built, transportation was much easier.

Politics: Though Israel was governed by Caesar, it had its own leadership issues.

Sanhedrin: This was the governing religious body that was a mix of Sadducees and Pharisees. This was the group that made “laws” or judged the Jewish people for religious matters.

Scribes: These were men who make copies of the holy scriptures.

Sadducees: A religious political group that accepted only the 5 books of Moses as the law and they did not believe in resurrection. They held a lot of power in the Sanhedrin.

Pharisees: The opposing political group of the Sadducees. This group accepted the law of Moses and added additional oral law to their teachings. This meant they followed a bunch of rules that were not a part of scripture.

Publicans: These men were also known as Tax Collectors. They were usually Jews who collected money for Rome, while padding their own pockets with the riches of their own people. These men were greatly despised, and seen as traitors, by the people of Israel.

Zealots: These people were ready to attack the Romans, but they were waiting for the Messiah to come and join them. In the mean time, they would attack Roman soldiers and attempt to overthrow local leadership. 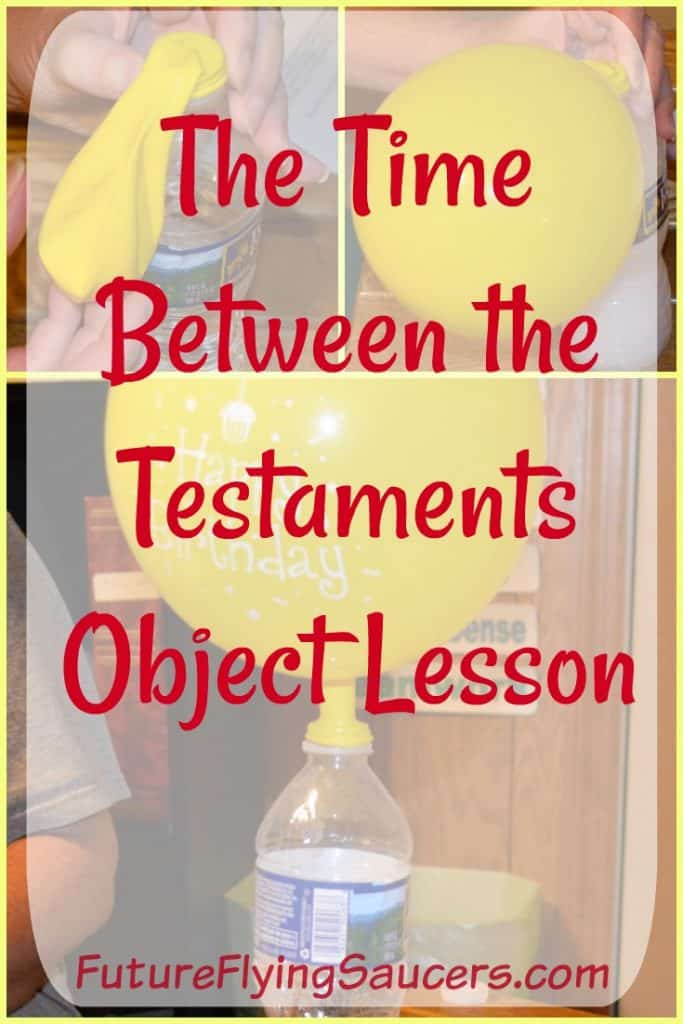 Life Application of The Time Between the Testaments:

Why is all of this important? God never spoke, at least, it wasn’t written down. What was going on?

He didn’t speak…but He was DOING.

Just like we had to wait for the balloon to fill, God was working and waiting to begin His salvation process. The world wasn’t ready yet until all of these things happened in history.

Just because God did not speak and have someone write down His words does not mean He was not actively present and at work. The world was going through the motions of life, but God was preparing it for a Messiah. The fact that there was a common language would help people understand the word of God. Safe, good roads meant that the Word of God would be able to easily travel. God was setting the stage for salvation!

And when the time was right, a certain angel appeared to a certain woman about a baby to be born in the specific town of Bethlehem.

What can we learn from the time between the testaments? God is always at work around us even if you don’t see or hear Him. He cares about the details of your life and has a specific plan for you.