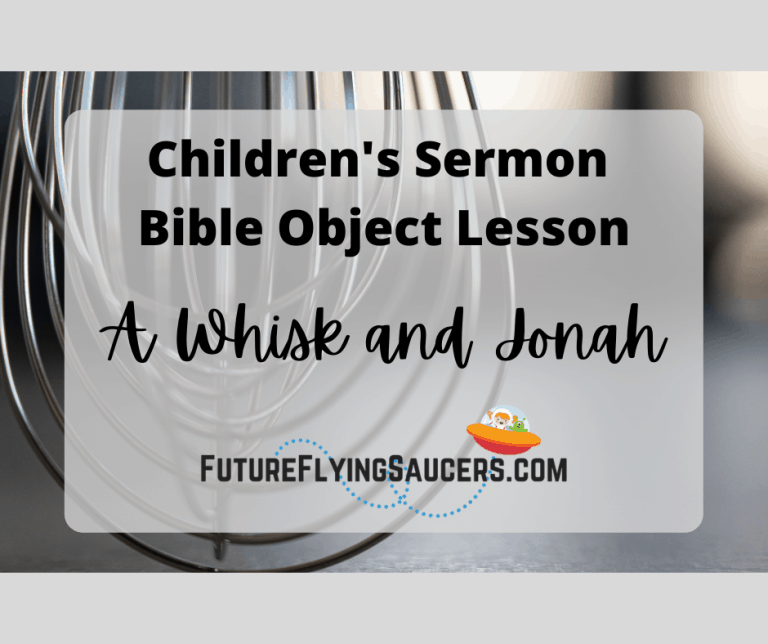 This Children’s Sermon about Jonah can be used in different ways.

Bible Object Lessons used for Children’s Sermons here on FutureFlyingSaucers are meant to be used as short, three to five minute mini-sermons. Feel free to use them for Family Ministry moments in church services, devotionals, or any time you want to teach a short Bible Truth.

Below you will find the theme of the mini-sermon, the object you need, the scripture reference, and the basic wording for the sermon.

Tip: Read the scripture and then read over the mini-sermon a few times. Then make the sermon your own.

One of God’s goals is to see people come to Him through repentance.

The book of Jonah 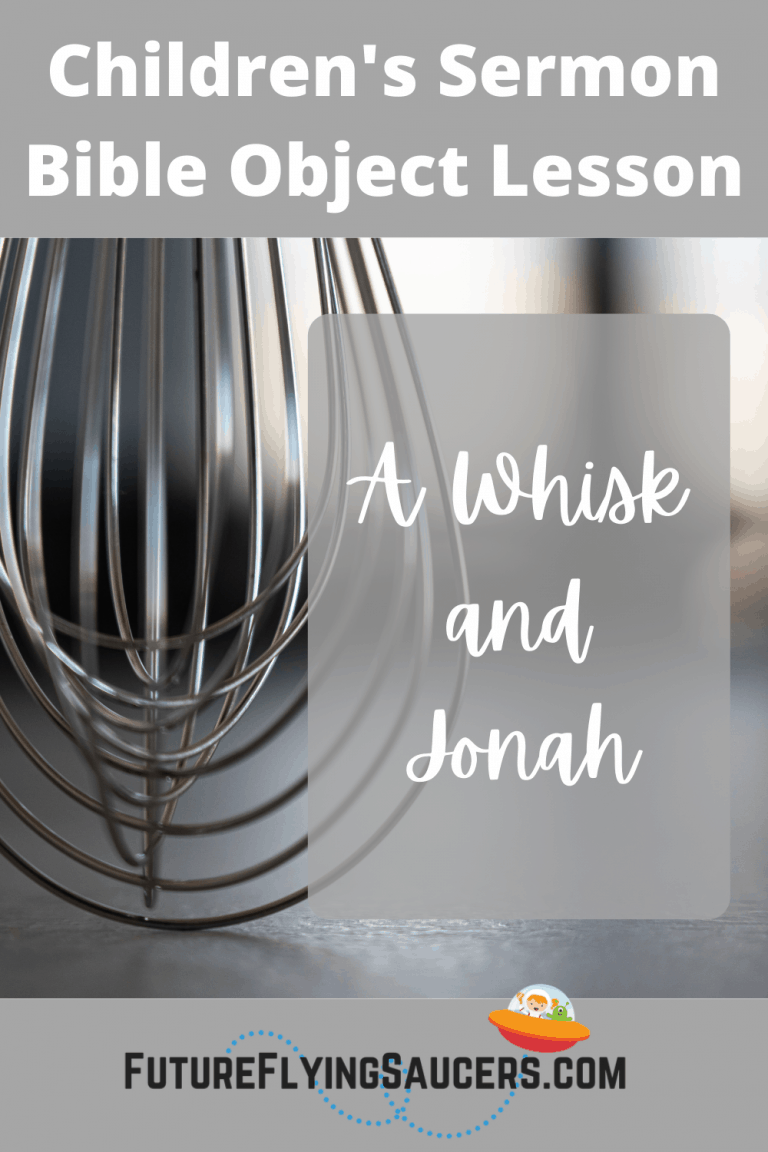 Ask: What do you use a whisk for? [Allow for answers.]

You crack eggs into a bowl, and then you mix them all up with the whisk. (Use your hand and the whisk to show the motion of stirring the eggs.)

Have you ever felt that life seems a little mixed up at times?  Like somebody took a big, whisk to your life and moved it all around?

That makes me think of the story of Jonah. Talk about being a man who was mixed up! He was an Israelite, but he knew the Assyrians were not far away.

The Assyrians, at that time, were the conquering enemy of the Israelites. And the Assyrians were bad news.

They were cruel people. They killed men, women, and children. Awful. And, if you remember the story, God comes to Jonah and says, “I want you to go to Nineveh.”

Jonah knew that Nineveh was the capital of the Assyrians, and God wanted Jonah to tell them that they need to repent.

Jonah decided to go in the opposite direction. He got on the ship. They were in the water. The storm came.

Jonah knew the storm was happening because of his choice to not do what God asked him to do. He had the sailors throw him overboard. And then he was swallowed by the great fish. That sure sounds mixed up, doesn’t it? That doesn’t make sense.

He was in the stomach of a great fish for three days. That’s gross and mixed up. After three days, the great fish spits him up. He threw out Jonah. We’re talking fish vomit. Gross.

Jonah knows he has to go to Nineveh. He cannot get out of it.

Ask: What kind of attitude do you think Jonah had? [Allow for answers]

I think he had a pretty stinky attitude because the scripture tells us what Jonah did. I picture him half-heartily walking around saying, “Repent, repent.”

I don’t think he really took it seriously, but the people sure did! Jonah did his job for God.

Then he traveled outside the city walls and sat down waiting for fire to come down from heaven because, in his mind, it wasn’t mixed up that God would destroy these people. These people were awful sinners and deserved to be punished.

A plant rose up and gave Jonah shade in the hot sun, He watched the city and it was not being destroyed. And Jonah was mixed up.

Maybe things in life are  mixed up and seem confusing for you. We read in the Bible to love people who hurt us. We are told that we are to pray for our enemies. That sounds mixed up. But God is going to do what it takes to give people the opportunity to repent.