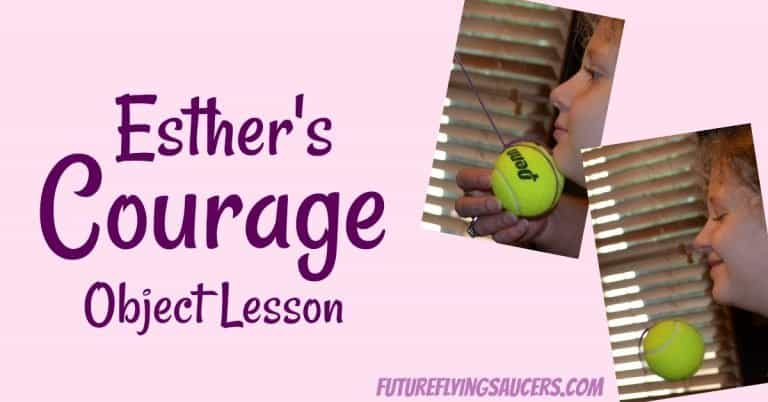 Being a Christ-follower can be difficult because sometimes we might be persecuted for what we believe. Use this Esther Bible lesson to teach children that God gives us faith and courage to handle any situation when we trust entirely on Him. 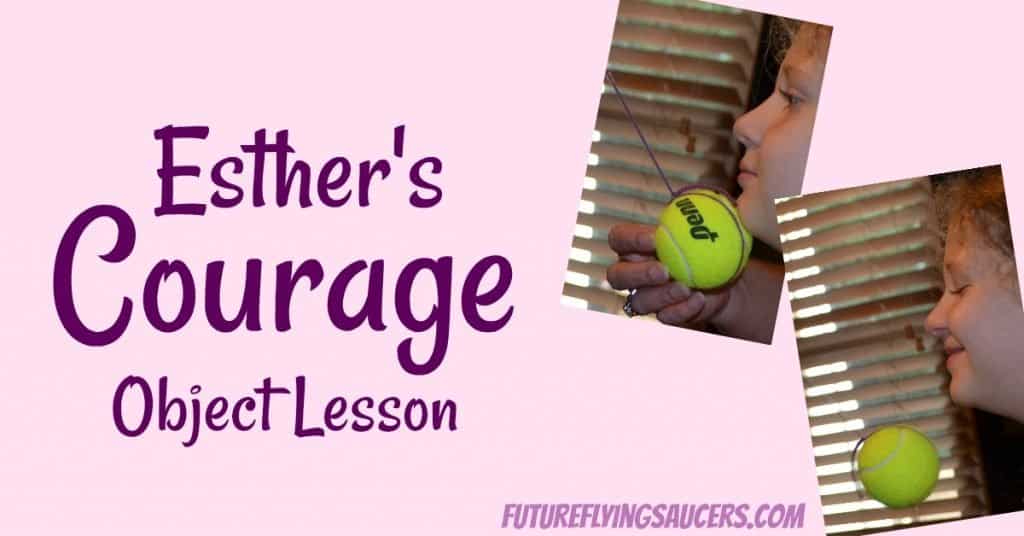 Materials: Ceiling fan, or ceiling tiles; string or yarn; tennis ball {Tie the string around the tennis ball and then hang the ball using the string from the ceiling. It should be 2-3 feet from the floor. Be sure to have room for the ball to swing in the room.}

Background: The people of the Northern Kingdom had been scattered by the Assyrians. Those of the Southern Kingdom were taken into captivity by the Babylonians. After 70 years, Zerubbabel took the first group of Jews back to Israel and rebuilt the temple because of a decree made by the new Persian King. Thirty-eight years after the temple was completed, a young Jewess name Esther found favor with the next Persian King and was crowned queen of all Babylon.

{Choose a volunteer. Have the person stand about 2 feet away from the hanging tennis ball so that the ball will reach the chin. The string should stay straight.} 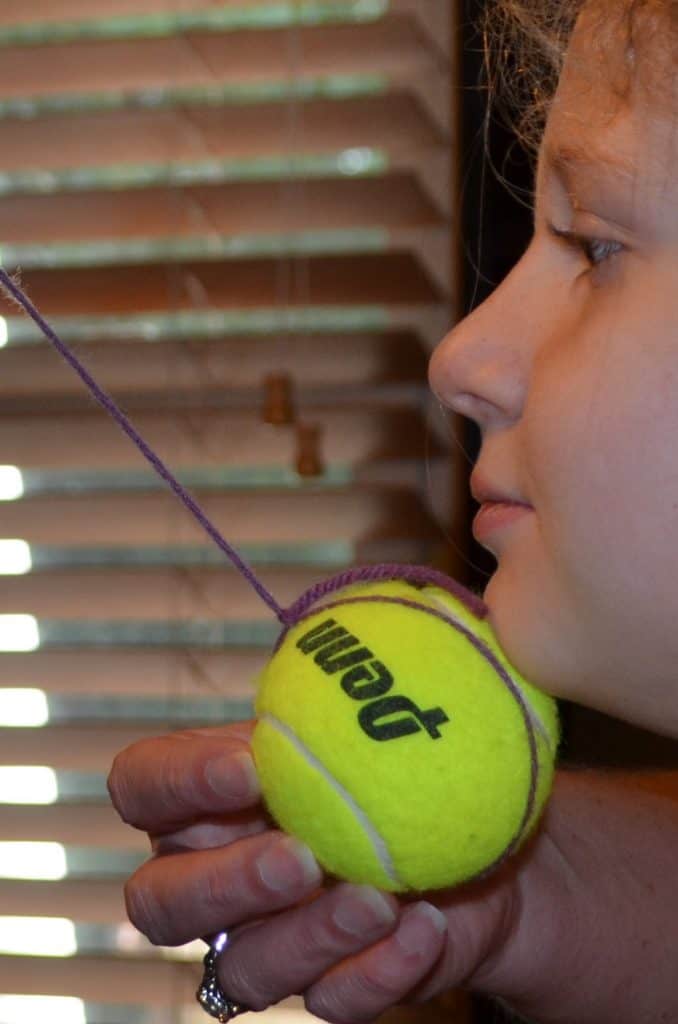 {Explain as you hold the tennis ball to the volunteer’s chin, that you want the volunteer to stand still while you drop the ball. Ask:}

{Proceed to drop the ball. It should swing away and then come back to the face of the volunteer, but not as near as where you dropped it. This is an example of periodic motion with a pendulum. The volunteer might squint his or her eyes as the ball comes close again before realizing that there was never any danger. Warning: All of the kids will want to try this when you are finished! Ask:} 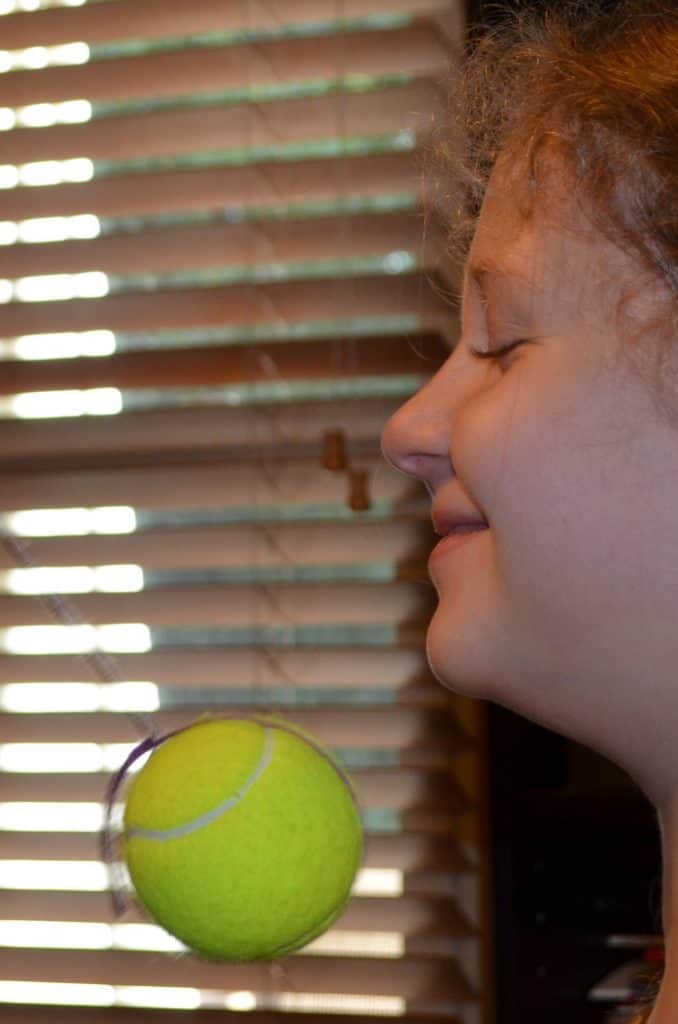 Trust, faith, and courage all work together to help us glorify the Lord. And even a little bit of fear and adrenaline is a part of the Christian life. This is what makes being a Christian so exciting!

{Introduce the main characters of this historical event. When you introduce Haman, tell the kids Boo and Hiss whenever they hear his name. Make sure to tell them it should be a short Boo and Hiss, or else your storytelling will take quite a while! You might want to practice once or twice so the kids know your expectations.}

The people of this story include Mordecai the Jew, his niece Hadassah (Hebrew name) or Esther (Persian name); the King; and Haman. (Boo! Hiss!)

The Persian King decided to look for a new queen after his first one disobeyed his commands. He held a beauty pageant and all of the eligible girls of the kingdom were to be in it. The King chose a young girl named Esther. Her Uncle Morecai had told her to hide the fact that she was a Jew and to be called by her Persian name and not her Hebrew name.

The King’s right-hand man was Haman. (Boo! Hiss!) He enjoyed his high position quite a bit. Haman (Boo! Hiss!) even expected the people of Susa to bow down to him when he walked by.

One man wouldn’t though…Mordecai. He never would bow down when Haman (Boo! Hiss!) went by. Mordecai the Jew believed in the One True God and thought that only He should be bowed down to.

This made Haman (Boo! Hiss!) extremely mad. It made him so mad that he wanted to kill Mordecai. And not just Mordecai, but all of the Jews. 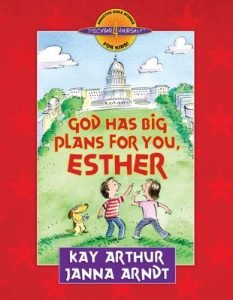 Haman (Boo! Hiss!) explained to the King how the Jews did not follow the King’s laws, but their own laws. He convinced the King that these people should be destroyed. The King allowed Haman (Boo! Hiss!) to write up the edict which explained that on a certain day, all people in the kingdom could attack the Jews, men, women, and children, annihilate them, and take all of their possessions.

When Mordecai heard about the edict, he tore his clothes in grief and cried bitter cries. Esther heard about it and sent a servant to find out what was wrong. Mordecai told him about Haman’s (Boo! Hiss!) edict. After the servant told Esther, she sent a message to Mordecai that said, “Anyone knows that if a person chooses to go into the King’s presence without being summoned will be put to death unless the King is pleased and holds out his scepter. And the King has not asked to see me in 30 days.”

Mordecai sent a message back saying: “Do you really think you will escape death anyway? You are Jewish! If you stay silent, God will allow you to be killed and He will choose someone else to help His people. Who knows? Maybe you were placed where you are for such a time as this!”

Esther told Mordecai to have the people fast for three days.

On the third day Ether dressed in her royal robes and went to see the King.

She found favor in his eyes.The King held out his scepter and asked her what she wanted.

Esther invited the King, and Haman (Boo! Hiss!), to a dinner party.

At the dinner party, the King asked Esther what she wanted…and she asked for them to come to dinner again the next night.

The next night the King asked Esther what she would like. Esther answered: “If it pleases the King, please give me my life and the lives of my people, for we are going to be destroyed.”

The King was angered and wanted to know who would do such a thing. Esther told him: Haman! (Boo! Hiss!)

The King’s first edict could not be stopped. Instead, the King issued another decree stating that the Jewish people could arm themselves against their enemies and fight those who attack them.

And so they did. 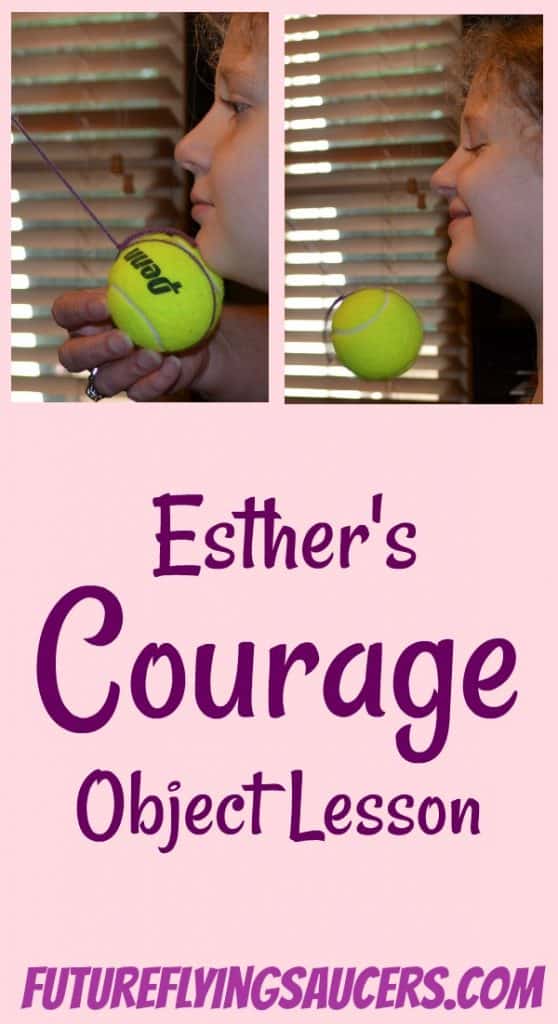 Because Esther had faith in God, she chose to trust in Him with her life. She went before the King to stand up for her people who were going to be killed. Because of her trust, God blessed her with courage. And because of her courage, she was able to save the lives of her people.

** Throughout the ages, enemies have tried to destroy the Jewish nation. However, Jesus still needed to come. But even once Jesus had been raised from the dead, the Jews have been hated. The Bible tells us that those who support the Jews will be blessed by the Lord. The Jews are God’s chosen people. Christians are adopted into that family. Be sure to teach that we should stand with those of the Jewish faith.

What can we learn from Esther? When we believe God is who He says He is, then we can trust Him fully. When we trust in a powerful God who loves us and cares for us, then we can ask for the courage we need to do the hard things Jesus asks us to do that might cause us to be frightened.