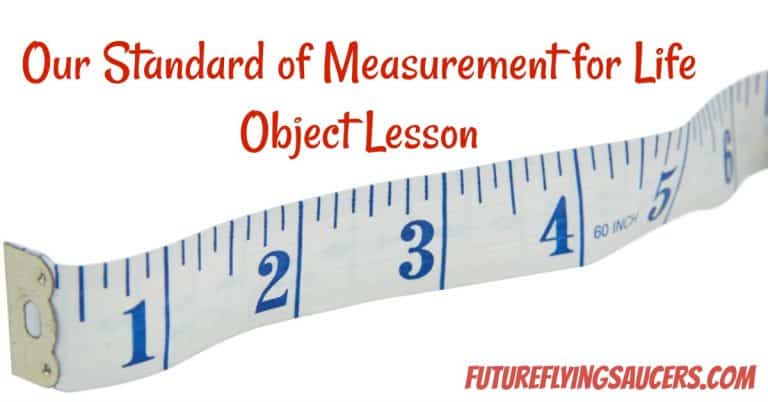 Our Standard of Measurement for Life Object Lesson 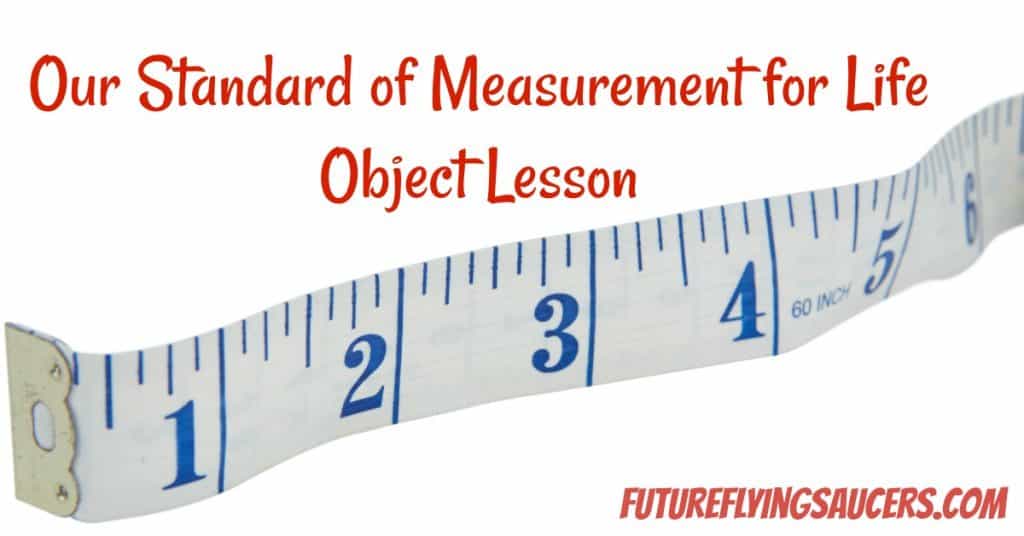 Discuss the history of measurement with this object lesson as you teach children why we need a measure, or standard, for living: The Bible.

{Have the kids trace one of their feet on a piece of paper and cut it out. Depending on the number of kids, this could be done individually or in groups. Have each person or group measure the length of the room with the foot they cut out and record their findings. You might want to do this also to provide a bigger contrast.}

This is how people used to measure:

It finally occurred to people to establish a “standard yard” and never mind what your own measurements are. According to tradition, a standard yard was originally adjusted to the length of the fingertips of King Henry I of England to his nose. (And the standard foot is supposed to be based on the foot of Charlemagne.)

Naturally, the King of England can’t travel from village to village measuring out lengths of cloth from his nose to his fingertips. Instead a stick was held up against him and marks were made at his nose and his fingertips. The distance between the marks is a standard yard.

In Washington, there is the Bureau of Standards. They have weights and measuring sticks that represent the standard for knowing what a pound, a foot, etc. are. These are kept in a special climate-controlled environment to keep them from changing. A true standard has to be unchanging and based on something reliable.

As you can see it is important to have a standard or an authority we all use for measuring. Without a standard we don’t get the same answer, and none of us got the right answer. In fact Proverbs 20:10 says, “Differing weights and differing measures- the Lord detests them both.”

Before Jesus began His ministry, He went to the wilderness. For forty days Jesus fasted and prayed. Towards the end of that time, Satan paid Jesus a visit. Satan tempted Jesus by asking Him to turn rocks into bread. Satan also tempted Jesus by asking him to throw Himself off the top of the temple. Then Satan told Jesus that he would give Jesus everything if He would just bow down and worship him.

To fight back against Satan, Jesus used a sword. Not a physical silver sword, but the sword of the Spirit, which is the Word of God. We have the same one! It’s the Bible.

When our faith is based on ourselves or others, it is going to be constantly changing. It has to be based on something permanent and eternal, or we don’t have a standard.

The standard cannot be “the man in the mirror” or our feelings any more than the standard for measuring a yard is the distance from each person’s nose to his fingertips. The standard must be objective and universal.

Authority is a citation (as from a book or file) used in defense or support. An example would be that I use the Bible as an authority. It is how I defend, or support, what I believe.

Jesus knew that what Satan was trying to get him to do was wrong because Jesus knew what God said in the scriptures. In fact, Jesus quoted the scriptures that He needed when battling Satan’s temptations.

Jesus tells the story of the wise man who built his house on the rock and the foolish man who built his house on shifting sand. We want to build our thoughts, ideas, and behaviors on the rock of Jesus. The only solid ground we have is God, “our Rock and our Redeemer”, and the Bible is His love letter to us telling us all we need to live and know Him. 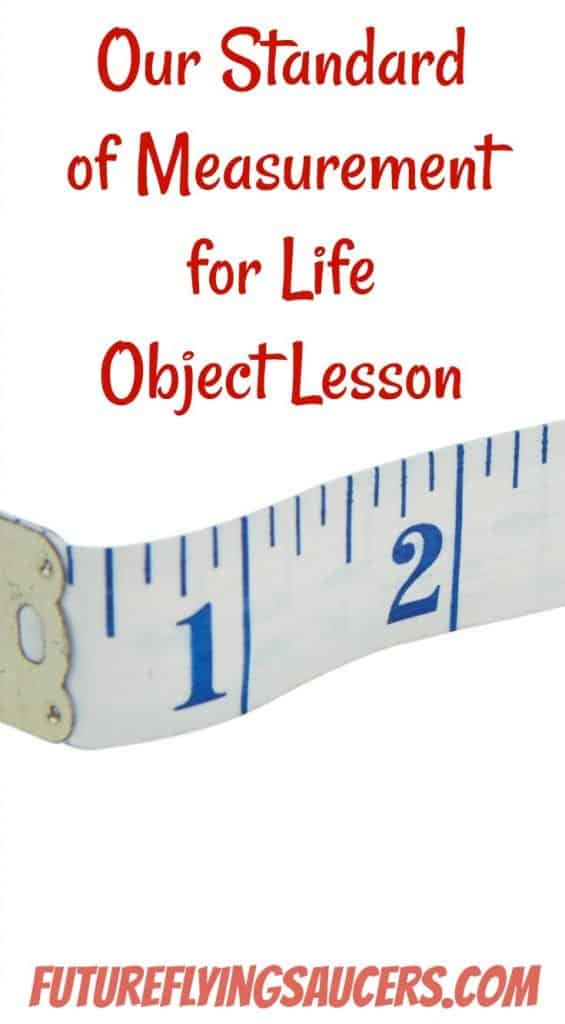