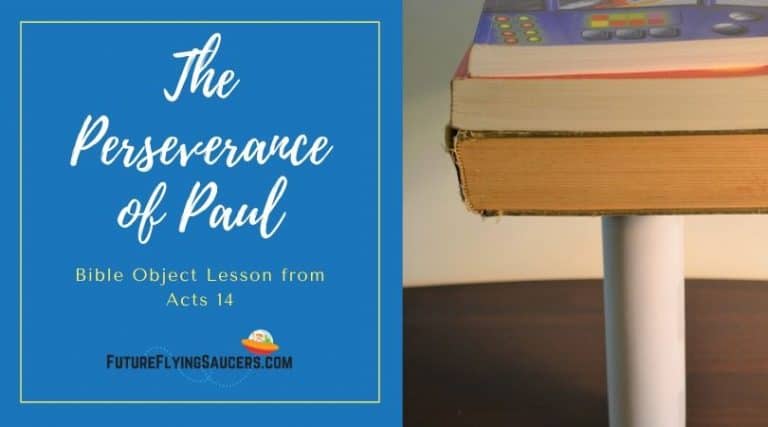 The Perseverance of Paul: Bible Object Lesson from Acts 14

How should we handle life when hard situations come our way? Use this fun object lesson to teach events from Acts 14 when Paul and Barnabas endured and persisted to share the gospel.

**Idea for object lesson based on iFindSermons video. See end of lesson. 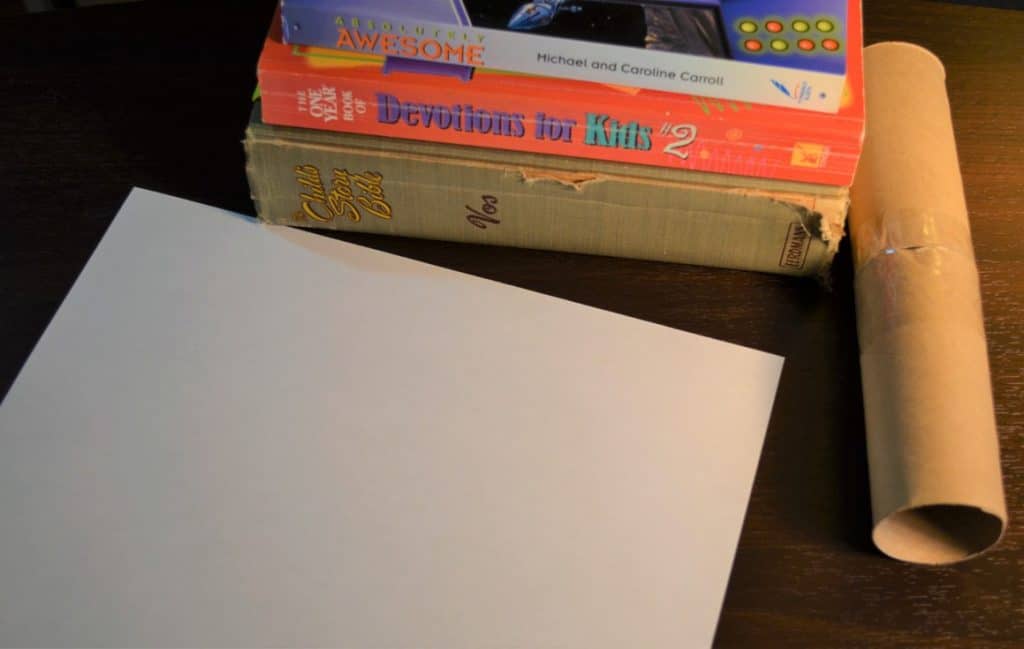 Background: After Peter was released from jail, Saul and Barnabas returned to Antioch with John Mark, who was a cousin of Barnabas. They were sent off on the first missionary journey. The Jews would hear the gospel first and then the gentiles, but eventually Paul stated that the Jews had rejected the gospel and that he would preach to the gentiles. When the gentiles heard this they were overjoyed! They glorified the Lord and many were saved. And the word of the Lord continued to spread. As for the Jews, they continued to stir up controversy and they attempted to persecute Paul and Barnabas.

{Have all the materials in front of you.}

This tube is going to represent Jesus.

{Stand the tube on end.}

Jesus is all powerful. And when He was on earth He had to persevere under trials. Men were mean to Him. He was accused of blasphemy (saying He was equal with God). Jesus was whipped. He was beaten. He was mocked. He had a crown of thorns stuck into His head. And finally He was put on a cross and left to die, which He did. At any point Jesus could have flown off, disappeared, called down fire fro heaven, asked for angels to attack….but He didn’t. Jesus chose to endure the pressure of being treated unfairly and wrong.

{Place the books, one at a time, carefully onto the top end of the tube. The tube should withstand the weight of the books.} 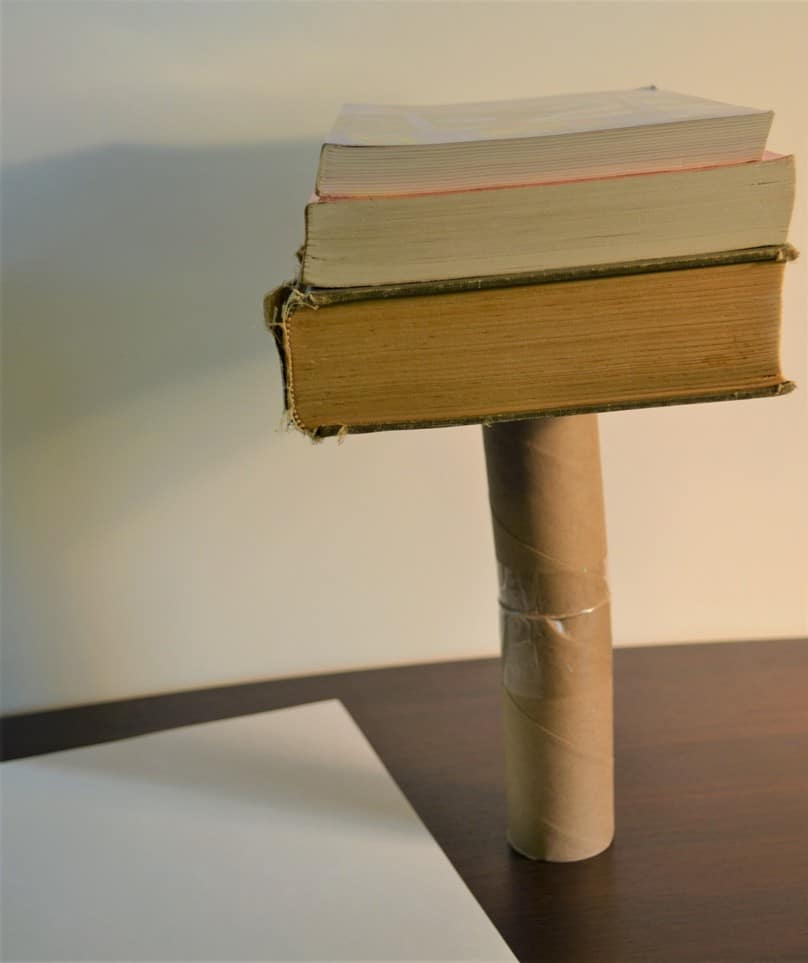 Jesus had the strength to persevere under horrible circumstances. These books are heavy, just like the pressure and bad circumstances Jesus underwent. But He was able to endure to the end. After three days in the tomb, Jesus rose from the grave. He conquered death allowing any who believe in Him to have eternal life.

This is the message of the gospel that Paul and Barnabas took to as many towns and cities that they could.

Paul and Barnabas went to Iconium. They went to the synagogue first and many Jews and Greeks believed. But there were a “handful of Jews” who stirred up trouble and poisoned the minds of the people against Paul. But the two men stayed for quite some time teaching, and working signs and wonders. Many people believed, but the town was divided: Jews versus the apostles. Word came to Paul and Barnabas that a violent attempt (stoning) on their lives was going to take place, and they fled to Lystra.

In Lystra, Paul and Barnabas continued to preach the gospel. There was a man who had been crippled since birth. He had been listening to Paul and Paul recognized that this man had the faith to be healed. In a loud voice Paul said, “Stand up to your feet!” The man jumped up and was healed. When the people in town saw this, they thought their gods Zeus and Hermes had come down to earth.

The priest for Zeus started to bring oxen and garlands because he was going to sacrifice to Paul and Barnabas. When the two men heard this, they tore their garments and ran through the crowds exclaiming that they were just mere men, but that they preach for the Living God who created the world and made the rain. Paul and Barnabas barely restrained them from sacrificing to them.

Then a “handful of Jews” came from Iconium and started to persuade the crowds against Paul. They even stoned him, dragged him outside the city, and left him for dead. When the disciples came to Paul and surrounded him, Paul stood up and went back into the city.

{Take the books off the tube if you haven’t already.}

{Hold the paper in landscape on its edge and try to put the books on it. Show that there is no way for a sheet of paper on its edge to hold the books.} 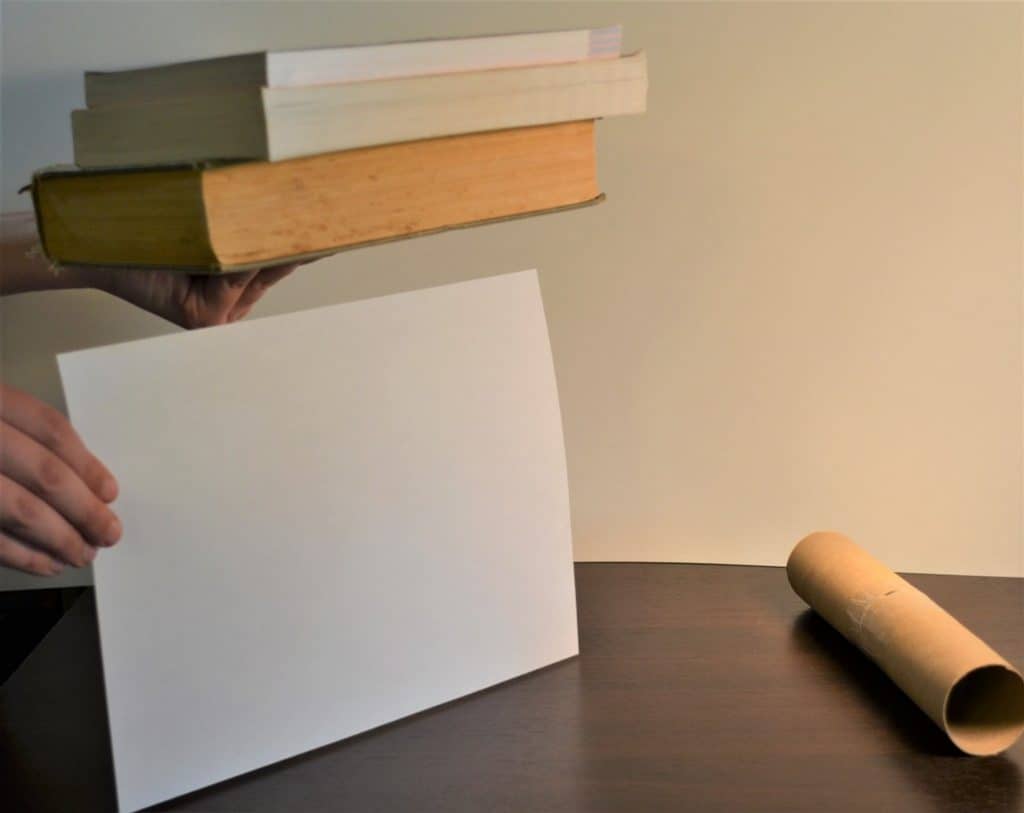 {Take the sheet of paper and wrap it around the tube. Use a piece of tape to hold the paper. Put the tube and paper on end and place the books on top.} 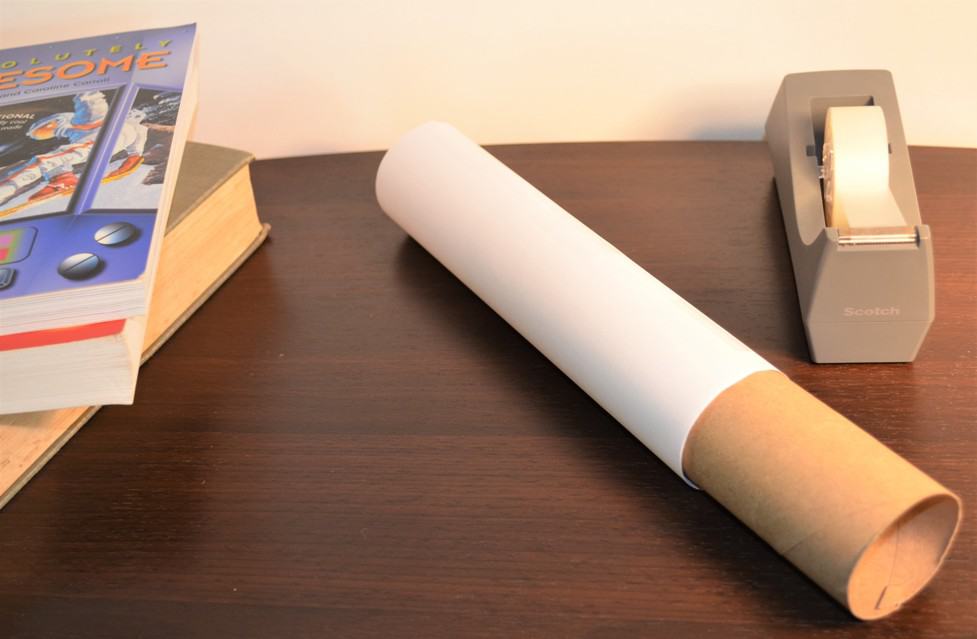 When we are filled with Jesus and the Holy Spirit, then we can endure whatever life throws at us. It will not be easy, but we can do it with Jesus’ power. 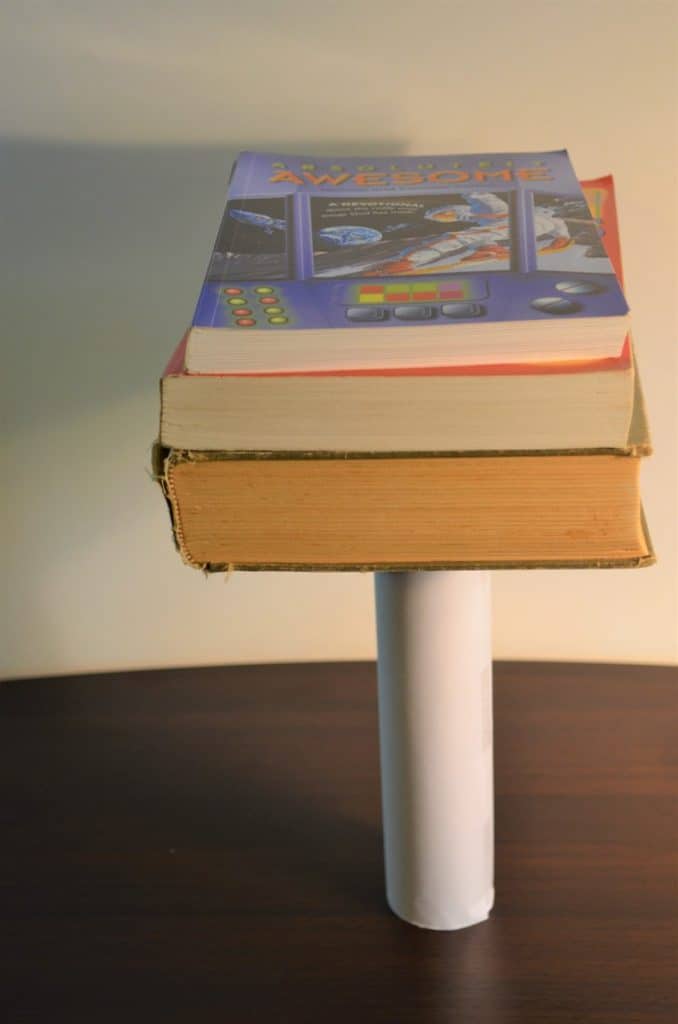 The next day Paul and Barnabas left for Derbe. They preached in this town and made many disciples. THEN Paul and Barnabas went back to Lystra, Iconium and Antioch to strengthen the churches there. He told the people that they would endure many tribulations. They fasted, prayed, appointed elders in the churches, and then traveled on to Pisidia, Paphylia, Perga, Attalia, and then back to Antioch where they originally had started.

The two men reported everything that had happened on their journey and how faith had come to the Gentiles. Paul and Barnabas stayed there for some time. 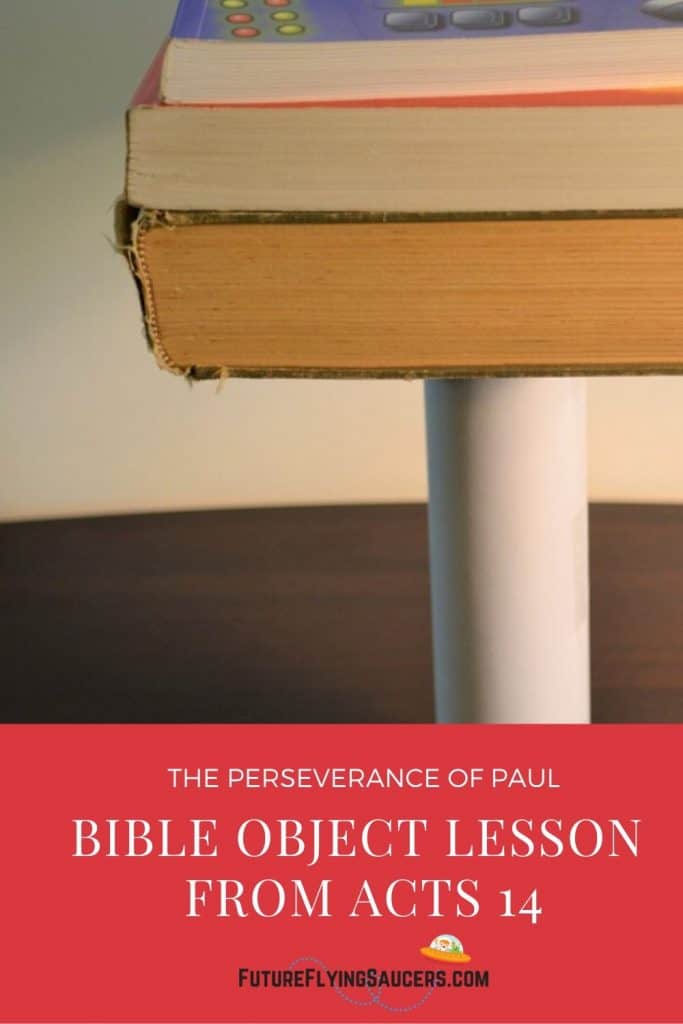 Paul believed in the gospel. He believed THE gospel. He knew that it was the Truth and that God had called him to proclaim the gospel to the ends of the earth. Paul was persistent and persevered. He did not give up. In this chapter of Acts, violent Jews and a stoning did not persuade him to stop telling the gospel. He, literally, got back up again and went into the town. Usually it was other disciples who urged him to leave and go to the next city. But, Paul returned to the cities that had wanted him dead to minister to the disciples and set up the new churches.

What can we learn from the persistence of Paul? How persistent are you? How determined are you to tell the gospel to others? Maybe you’ve told the gospel one time, been made fun of and stopped. Paul was humiliated at times, but he continued on because he knew that eternal souls were at stake. He also understood that some people would accept the gospel and others would reject it, but it was his job to tell the gospel to everyone no matter what happened. You might have family or friends who need to hear the gospel. Perhaps you’ve already spoken to them once. Be persistent. Don’t give up. Continue to pray for their salvation and ask God to give you the words to say. He will never let you down!