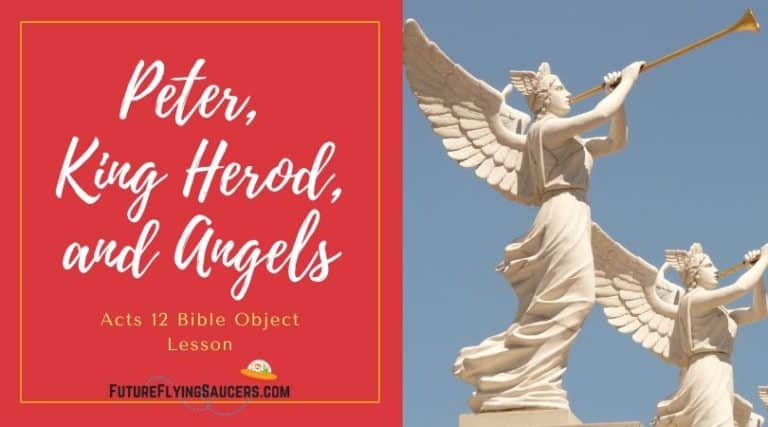 How much do you know about angels? Use this Acts 12 Bible lesson about Peter, King Herod, and angels to discuss the purpose of angels and the meaning of selfless fervent prayer.

Background: Saul, the great persecutor, had been converted and accepted by the leaders of the new church movement, but gentiles were still not seen as people who needed Jesus. After a vision, Peter had been brought to Caesarea by Cornelius, the Centurion, where Peter learned the truth that gentiles can be filled with the same Holy Spirit as Jews. When Peter returned to Jerusalem, he informed the church leaders what had happened and they welcomed the new converts to the early church.

Men who had been dispersed because of the persecution found themselves in Antioch preaching the gospel. Many people turned to the Lord and Barnabas was sent up to investigate and teach. He went to Tarsus, got Saul, and they both stayed in Antioch to teach the people. People began to be called “Christians” in Antioch. After a year, Saul and Barnabas traveled to Jerusalem to take money to the believers there because there was a famine.

If you aren’t sure about what you think about angels, here is a great article to read: https://zondervanacademic.com/blog/biblical-facts-angels

Here is a list of scriptures that talk about angels: https://www.openbible.info/topics/angels 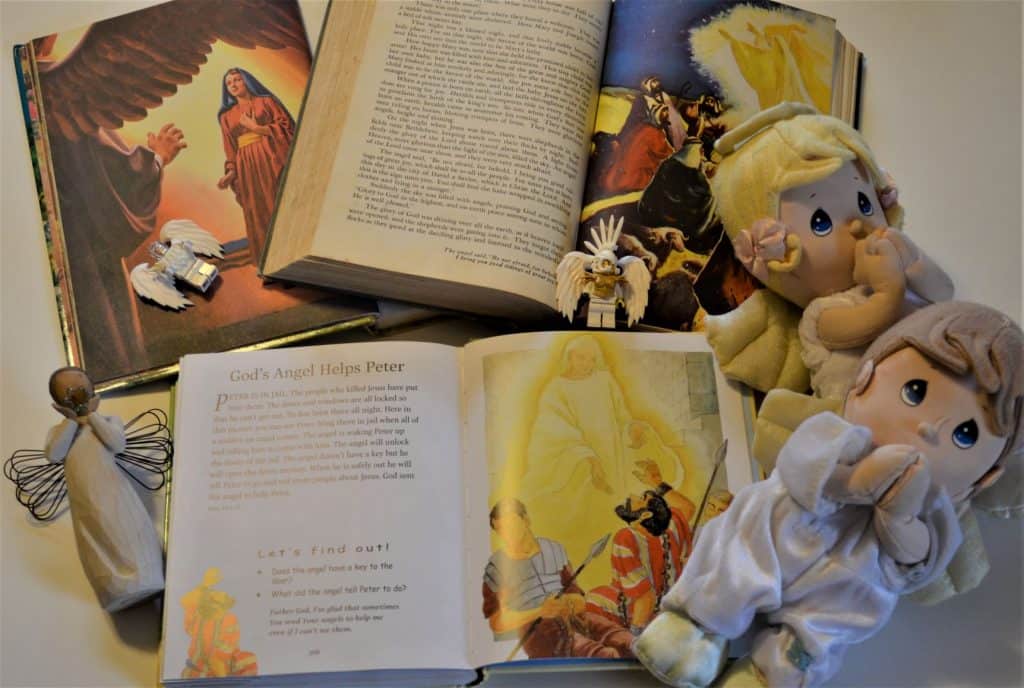 Object and Bible Lesson of Acts 12:

{Show the angels and talk about how they are the same or different. Are they lifelike? or cartoonish?}

In Acts 12, an angel appears two times and does two very different actions.

King Herod, in Jerusalem, decided to “mistreat” those in the early church. He seized James, the brother of John, and had him killed by the sword. When he saw that the Jews were pleased by his actions, he seized Peter and put him in jail to await the same fate. However, Passover was about to take place, so the death of Peter would have to wait. Peter sat in jail with 16 guards around him.

The night before Peter was to go before Herod came. He was asleep in his jail cell, bound to two soldiers. Guards were outside his door. Suddenly, an angel appeared in the jail cell. He struck Peter by knocking him on his side. The chains fell off of Peter, and the angel told him to get his shoes on, put on his cloak, and follow him. Peter obeyed thinking he was having  vision.

They passed by the first set of guards. and then another set. They reached the city and the gate opened by itself. They walked down the street and the angel left.

Peter went to the house where all of the people were praying. The house belonged to Mary, the mother of John Mark (who wrote the gospel of Mark!). He knocked on the door and Rhoda, a servant girl answered it. She recognized Peter’s voice, and because of her excitement, she left the gate closed and ran back to the praying Christians. She announced who was at the gate and no one believed her. They said it was probably Peter’s angel.

**It is interesting that this term was used, but it is not the same reference used for the angel who let Peter out of jail. This term is referring to a resurrected body and was used when Jesus appeared after rising from the dead. A person does not turn into an angel when he dies, but he is given a resurrected body through Jesus Christ.** 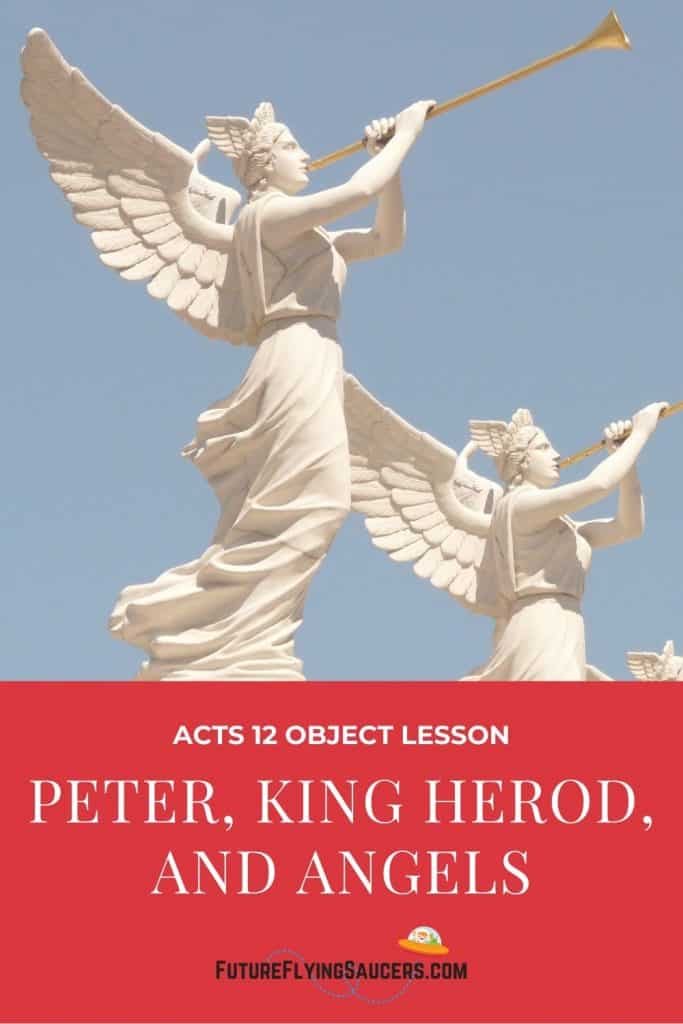 Peter continued to knock and they let him in, amazed at who they saw. He asked the to be quiet, after all, he’d just escaped from jail! He told them about the angel and his escape and asked them to tell James and the others. Peter then left to go to another place.

**If you recall, James is dead, James the brother of John. Remember though, that there was also James, the half-brother of Jesus. (He wrote the book of James!)

Herod was angry. And he was angry with the people of the cities of Tyre and Sidon. The people didn’t want Herod to be angry with them. So on an appointed day, Herod dressed up in fine clothes and gave speeches to the people. While he spoke, the people called out, “The voice of a god and not of man!”

Immediately, an angel struck him.

Then Saul, Barnabas, and John Mark returned to Antioch.

We do not need to read this story and ponder information about angels, but the truth is, that angels aren’t “cute”. Angels stand for God. They are the Lord’s. They are real.

What we *should* ponder is the amount of prayer that took place during this amazing jail break. The Christians were praying with fervor. “Fervor” means an intense and passionate feeling. Those people were on their faces before God and He heard them.

God moves when people pray. “Now I lay me down to sleep” prayers are OK, but fervent prayers before God seem to change the world.

What can we learn from Peter, Herod, and the Angels? We can either glorify ourselves, something else, or God. The whole purpose of man is to glorify God and make Him known to others. If we substitute something else for God, then He might find a way to communicate with us that we do not have our priorities straight. Fervent prayer and putting God first will change the world, especially when focusing on sharing the gospel with others.