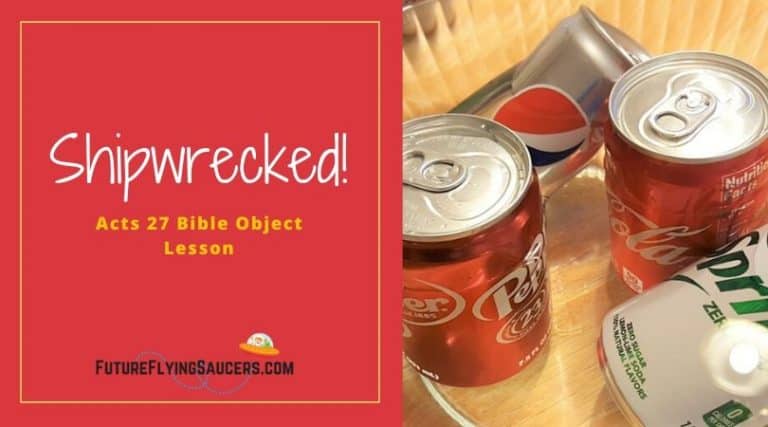 Are we standing on the promises of God? Use this Acts 27 Bible Object Lesson about Paul being shipwrecked to discuss how God will do what He says He will do.

Background: In a vision, or by physically standing beside Paul, Jesus told Paul he would go to Rome. After three trials, Paul has appealed to Caesar, so he must go to Rome.

{Fill the glass bowl 2/3 with water. Have the soda cans in no particular order beside the bowl. Ask:} 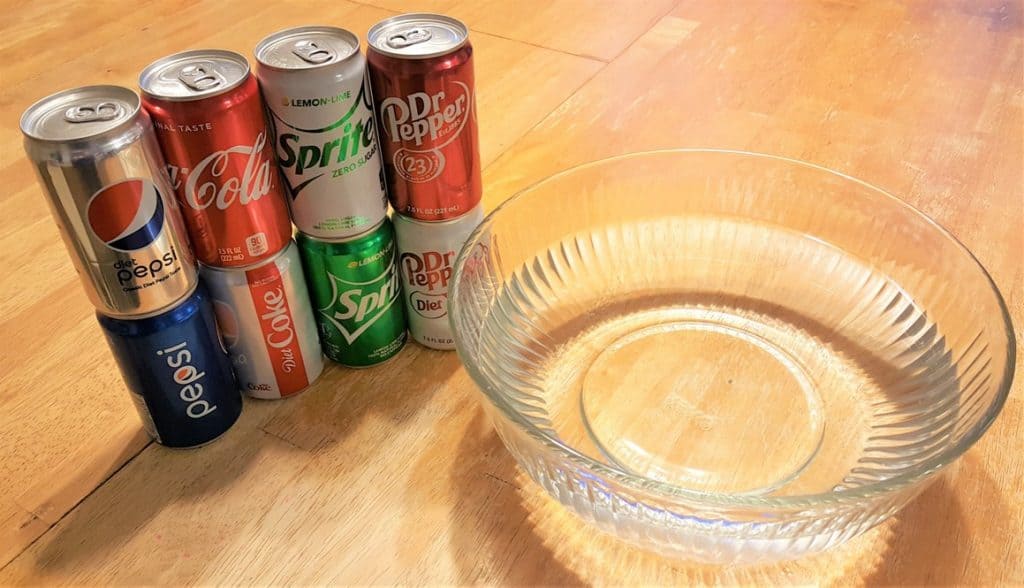 {Carefully place a regular soda in the bowl. It should sink and stand up-right in the bowl. Then place a diet drink in the bowl. It should turn slightly sideways and float a little. Do this again with the others. See if the children can figure out which cans are sinking, which are floating, and why. The regular soda cans should sink while the diet cans of soda should float. Regular soda is made of sugar and is heavier than the ingredients used to sweeten diet sodas. Therefore, those cans will sink in a bowl of water.} 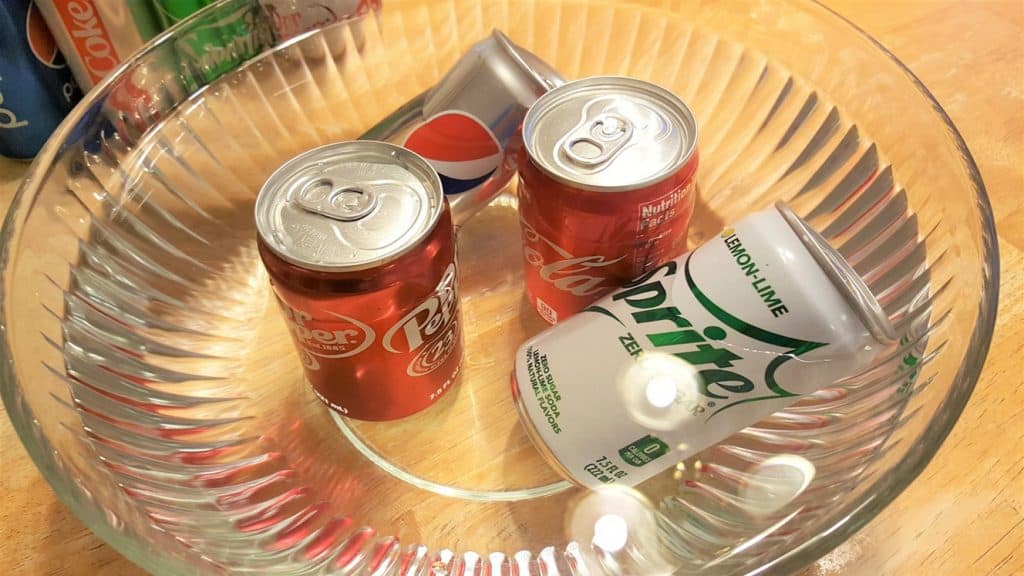 They set sail and a tempest takes over the ship. They stopped trying to steer and allowed the ship to go as it willed. On the 3rd day of the storm, the sailors lightened the load by getting rid of anything not important with weight. Many days pass without seeing the sun or stars. At this point the sailors, and everyone else on the ship, began to lose hope. (But remember! Paul HAS to get to Rome! Jesus said so!)

The sailors sensed that they were close to land and attempted to sneak off the ship. Paul told the centurion that if he wanted to be saved, then ALL of the men had to stay on the boat. The men were very hungry because they had been saving the food in case they “needed it later” and Paul encouraged them to go ahead and eat their fill since no one was going to die. Paul blessed the bread and passed it around to everyone.

Everyone ate and then they tossed everything loose and heavy into the ocean.

In the morning they saw land and a bay area! The ship’s leadership planned to run the ship into the ground to get out of the storm and get people to land. As they were in the process of getting the ship close enough to the beach, it became stuck too far out and the violence of the waves began to break the ship apart. The soldiers on the ship were going to kill all of the prisoners. The centurion wanted to save Paul, so he did not allow the killing to happen. Instead he told everyone, “If you can swim, jump ship and go to shore. If you can’t swim, float on boards.” Everyone, all 276, made it to land. They were on a beach on the island of Malta. 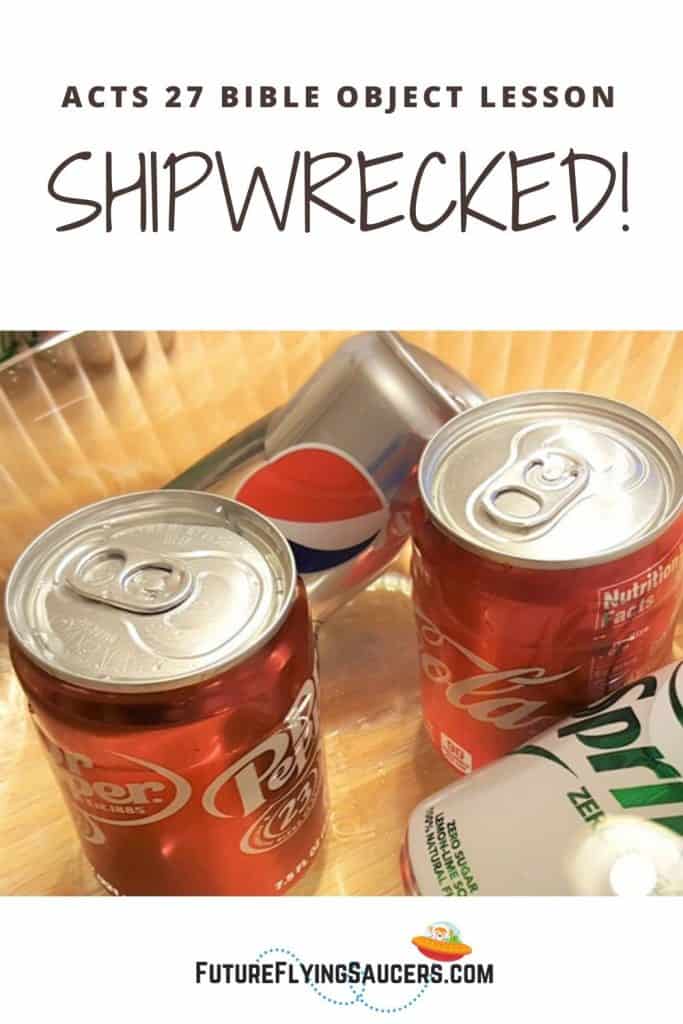 Jesus had told Paul that he would go to Rome. Jesus is trustworthy. Therefore, Paul knew, despite the storm and shipwreck, that he would get to Rome.

God has told you things that will happen as well. There are a lot of them. Some promises He’s already fulfilled. For example: Israel forming a nation; Jerusalem being destroyed (um, a few times); and the Messiah’s coming from Bethlehem. Some promises have not happened yet, such as Jesus returning to earth. But there are other promises in scripture that we can claim everyday if we are willing to.

{You might want to have the children look up these scriptures and highlight them in their Bibles. Ask:}

There are SO many promises that God gives us. Many of them He gives in His mercy and grace. Others have conditions, such as Proverbs 1:33, “But all who listen to me will live in peace, untroubled by fear of harm.”

What can we learn from Paul and the shipwreck? God is trustworthy and deserves our praise. Which promise of God do you need right now? God says He will do what He says He will do. Search those promises out and claim them by praying them!!