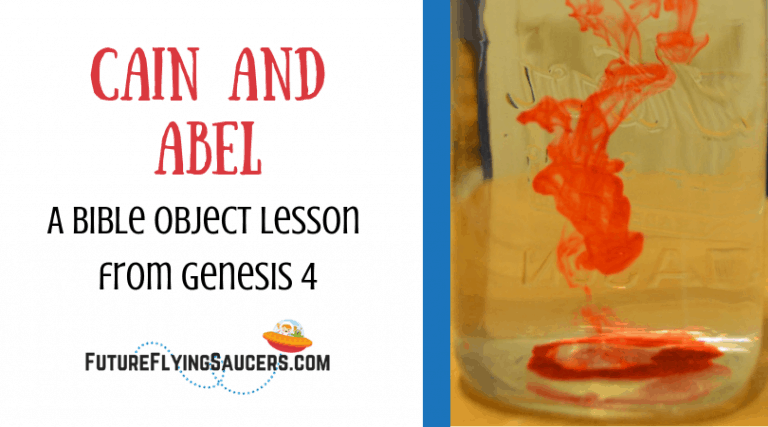 It is important for children to understand that sin spreads and begins at birth. Adam and Eve sinned, therefore their children were in sin. This object lesson about Cain and Abel from Genesis 4 will help children understand their need for a perfect Savior.

Geography: Somewhere outside of the Garden

Background: When Eve looked at the fruit, saw that it was pleasing to the eye, and that it would make her wise, she ate some and then gave the fruit to her husband to eat. Once Adam and Eve were disobedient to God, then SIN entered the world. Their children were born with sin; and their children’s children were born into sin. The Bible tells us that ALL have sinned and fall short of the glory of God. Sin is anything we do, anything we say, and anything we think that displeases God.

After Adam and Eve sinned against God, they knew that they were naked. God made them clothes of animal skins. God took an animal that He had created and killed it. He shed blood so that Adam and Eve would be covered.

Scripture tells us that “life is in the blood.” Blood gives us life. If we don’t have blood we die. Sin has consequences. Sin causes death.

Perhaps when God killed the animal, He taught Adam and Eve how to offer sacrifices to Himself. The Bible doesn’t really say. But we do know that their sons, Cain and Abel offered sacrifices to God and one was accepted and one was not. Cain was a farmer. Abel was a shepherd. Abel offered a lamb as a sacrifice and God accepted it. Cain’s offering, even though he may have offered the best of his crops, was not accepted by God. (1 John 3:12) And Cain became angry.

God came to Cain and warned him. “Why are you upset? Sin is knocking at your door.”

{Drop one drop of red food coloring into the water. Let it mix on its own.}

Cain was angry, and while he and Abel were out in the field, he killed Abel. Later God came to him and asked, “Where is Abel?” Cain responded with, “I don’t know. Am I my brother’s keeper?” God then told Cain that Abel’s blood was calling out from the ground. The life is in the blood. And Abel’s blood, life, was now spilled. 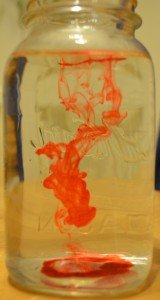 Even though there was no one else around when Cain sinned, many others were touched by his choice.

{Make sure the red coloring now permeates the jar.} 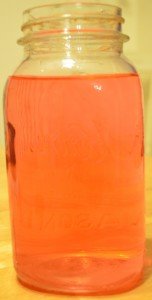 God cursed Cain and sent him away from his family. Sin spreads and God knew He had to remove Cain. God protected him though, and put a mark on him so no one would harm him.

Your bad language slip up, unkind word, covetous thought, little white lie, disobedience, selfish action will affect others. Perhaps not in the moment you mess up, but it will one day. Sin has consequences. 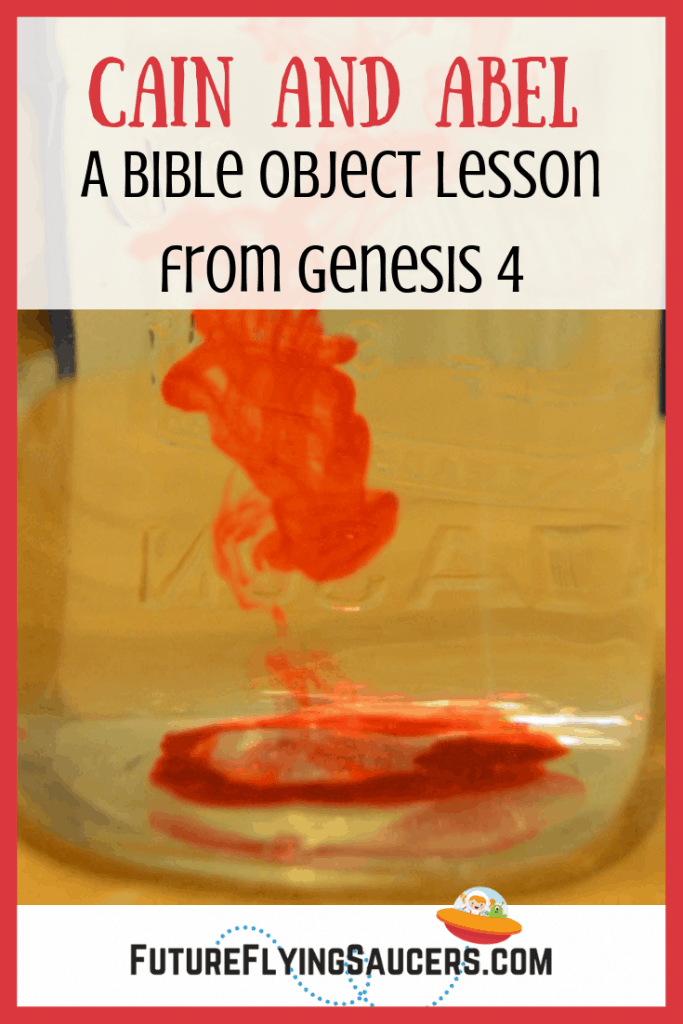