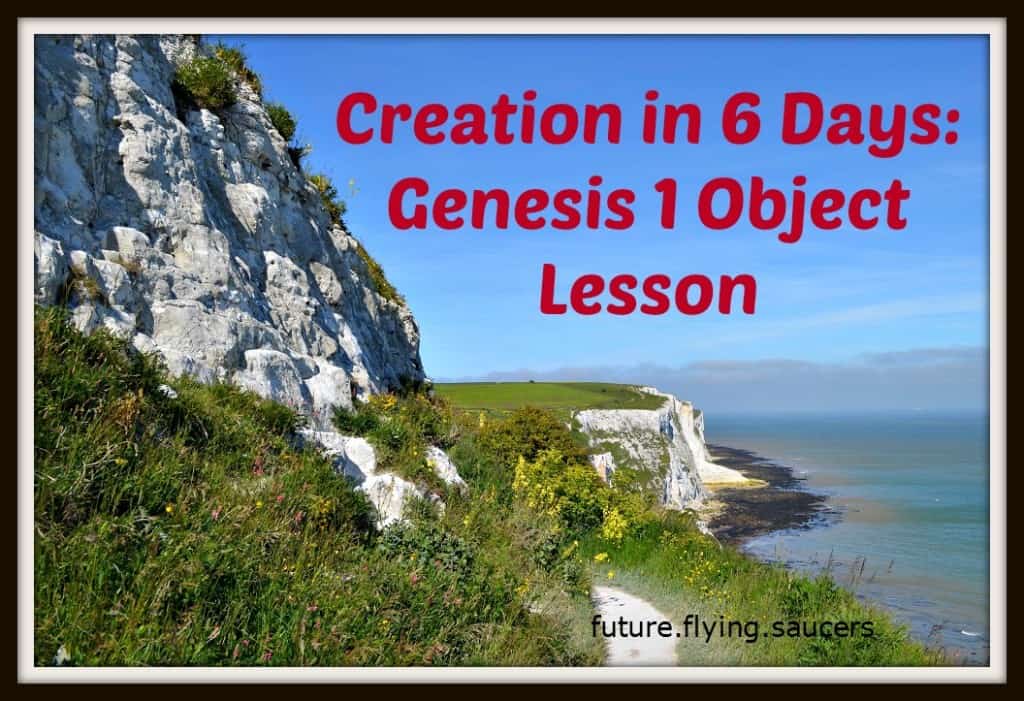 Materials: construction paper, pictures of sea animals and birds, models of earth (legos), mini-figures for Adam and Eve, small animals and dinosaurs, book of fairy tales {Before the lesson you can give different children the parts of the “earth” to put together as you tell the story.}

The Bible is the most exciting book you will ever read! This book was written by many men over thousands of years. But the neatest thing is that every man wrote a different story about the exact same thing: God’s relationship with mankind. In the Old Testament we learn about what God is doing. In the New Testament, through Jesus’ words, we learn what God is saying. The Bible is a history book filled with the biographies of people who lived. [Hold up the book of fairy tales.] This book is written by many different authors, but every story has characters that did not live in real life. They are made up people. [Have the children list examples of fairy tale characters.] The Bible is a special book. It’s a letter written to us by God.

On Day 1, God created light and darkness. [Hold up a sheet of white and a sheet of black construction paper.] God said it was good. 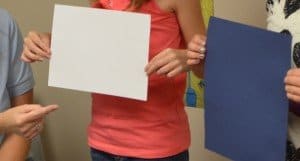 On Day 2, God created the atmosphere and the ocean. [Hold up piece of paper showing water and another of clouds.] God said it was good. 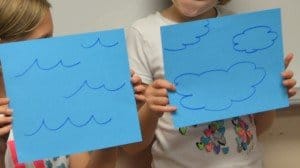 On Day 3, He created the land and vegetation. [Use the lego scene to show land and trees.] So the scene is set. And how gorgeous and perfect it was! After each day God looked at what He had made and said it was good. 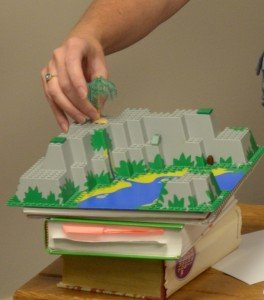 Now it is time to fill the scene. On Day 4, God created the sun, moon and stars to give off and reflect the light that was created on Day 1. [Add the sun and moon to the black and white sheets of paper.] And God said it was good. 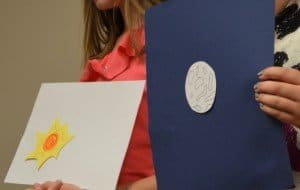 On Day 5, He created the birds and the sea animals which filled the atmosphere and the oceans from Day 2. [Add the ocean animals and the birds to the water and cloud pages.] And God said it was good.

On Day 6, He created animals and man to live on the land and in the forests which He created on Day 3. And God looked at everything He had made and thought it was good. But when He looked at man, He didn’t say, “It is good.” Instead God said, “It is VERY good.” [Add the animals and the Adam and Eve mini-figures. Then hold up a dinosaur.] When were dinosaurs created? (Ocean and bird dinosaurs were created on Day 5. Land dinosaurs were created on Day 6.) [Add the dinosaurs to the land.] What did the animals and people eat? (plants, there was no death.) Man, animals, and dinosaurs lived together in the garden created by God. Everything was perfect! God allowed man to be in charge of everything, to have dominion over the earth and animals. 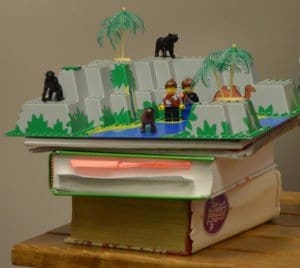 How long is one day? (24 hours) How long did it take God to create everything? (6 days, 24 hours each) How many days did Joshua and the Israelites march around Jericho? (They marched 6 days one time around and then the 7th day marched 7 times around.) Did it take Joshua 6,000 years to march around Jericho? (no) How many days did it rain on Noah and the ark? (40 days) Did it take 40,000 years for the rain to fall? (no) The Hebrew word used in the Bible to say God created the world in 6 days is the same word used for Noah’s days of rain and the days marched around Jericho. A day equals 24 hours. All throughout Genesis 1 it states, “there was evening and there was morning.” That’s one day.

Life Application of The Story of Creation:

God is an all powerful being. He can do anything. He created the world in 6 days. It did not take Him millions of years to create the world. In the garden, everything was perfect. It was good. There was no sickness, no death, no thorns, no cancer, and no one was mean to anyone. We have a hard time comprehending a world like that. But one day, if we believe in Jesus, we will be a part of a world like that again. And the Bible tells us all about it.