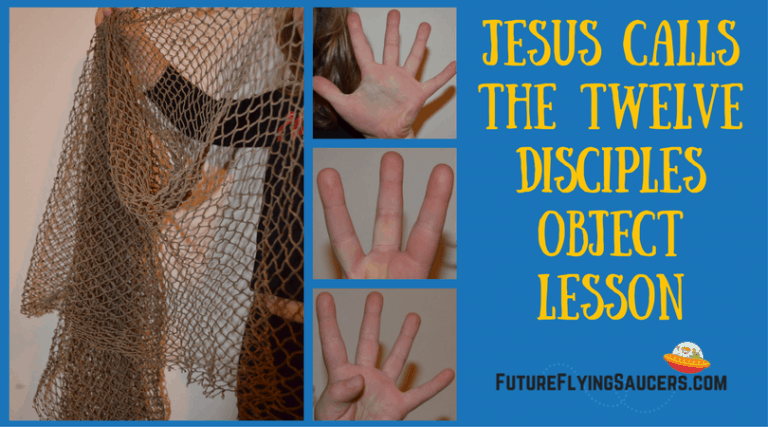 What does it mean to be a disciple and who were Jesus’ first disciples? Use a fishing rod and net to teach children about the first disciples and how disciples today can work together to fish for men.

Background: It was Passover and Jesus went into the temple and drove the animals and the money changers out. A few days later Jesus had a remarkable conversation with Nicodemus. This is where John 3:16 comes from.

Object and Bible Lesson for Jesus Calls the Twelve Disciples:

{Hold up the fishing rod. Ask:}

{Put it to the side. You will use it later.}

After Jesus went into the wilderness, John the Baptist started having trouble with the Pharisees and with King Herod. But at some point after Jesus returned from the wilderness, He went back to the Jordan where John was ministering. John had disciples that followed him, and one day John saw Jesus and he told two of his disciples about Jesus’ baptism. At that point, the two disciples stopped following John and started following Jesus.


In fact, they literally left John and followed Jesus. He stopped and asked them what they wanted. They told Jesus they wanted to follow Him and so He took them to where He was living and they stayed with Him. One of the disciples was a man named Andrew. The other was John. After meeting Jesus, Andrew went to get his brother, Simon. When Simon came to Jesus, He changed Simon’s name to Peter, which means Rock. Obviously Jesus knew something about Peter that Peter knew nothing of because changing someone’s name is a BIG deal. 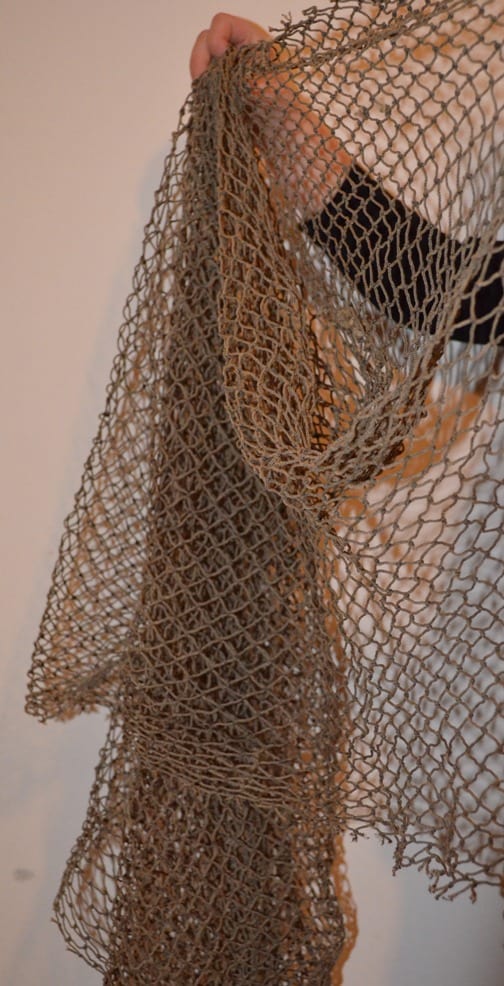 At some point after this, John the Baptist was arrested and put in jail. Jesus was teaching and more and more people were following Him. One day Jesus was teaching at the Sea of Galilee and He asked the fishermen, (Peter and Andrew, the brothers) who had a boat, to push out and allow Him to teach by boat. Once the crowds went away, Jesus told the men to throw out their nets.

{Hold up the fishing net.}

This is similar to what the men had, only it would have been much bigger than this. The men told Jesus, “We fished all night and caught nothing.” Jesus told them to throw the nets out again.

Peter and Andrew threw out the nets and, WOW! Did they catch fish! In fact they called out to their friends James and John in another boat to come and help because their nets were breaking! Both of the boats were filled with fish and they began to sink. Peter, because of his amazement, fell before Jesus and said, “Get away from me, Lord. I am a sinful man.” Jesus replied back saying, “Have no fear. You will be catching men from now on.

{Hold the net up again.}

While in Galilee, Jesus found a few more disciples. He found Philip, who then found Nathanael, or Bartholomew. Under a fig tree, Philip told Bartholomew about Jesus and he responded, “Can anything good come out of Nazareth?” Philip told him to come and see. When Bartholomew met Jesus, he realized that Jesus knew about him. Bartholomew asked. “How do you know me?” and Jesus replied, “Before Philip called you, I saw you under the fig tree.” Do you realize that Jesus knows EVERYTHING about you? What you think, say, and do?

After doing a miracle, Jesus walked in Galilee and passed a tax collector name Levi, or Matthew. Jesus told Matthew to “follow him” and he did. Later, Matthew held a reception of sorts at his home for Jesus and “sinners” came to the party. The Pharisees did not like this, but Jesus told them, “A doctor does not take care of people who are healthy. He helps those who are sick.” And that is what Jesus does. He saves sinners.

A great many people followed Jesus. But Jesus chose twelve men out of the large group. He appointed them to be with Him so He could then send them out to preach and have authority to cast out demons.

Here is a way to remember the names of the twelve disciples: BAM: {fingers make a “w”, all of these names end in “w”} Bartholomew, Andrew, and Matthew Final Four: {In basketball, there is the final four and players score “PPTS”} Peter, Philip, Thomas, and Simon

THIS is how Jesus wants us to fish. Jesus chose twelve men whom He knew would change the world. He chose each one for a specific reason, with certain talents and abilities. Each disciple had a purpose. The church works the same way. Each person, including YOU, has a purpose. You have talents and abilities to do jobs that only YOU can do for God. It’s like everyone in the church has a piece of the large net and everyone is working together to be fishers of men.

So if someone chooses to disobey the Lord, or not use his or her talents to work in the kingdom, then that person might be losing people who need to know Jesus.

Are you holding up your part of the net?

What can we learn from Jesus calling the twelve disciples? To follow Jesus means that our focus changes. We stop what we are doing, choose to live like Jesus, and then work as a team to tell others about Him. 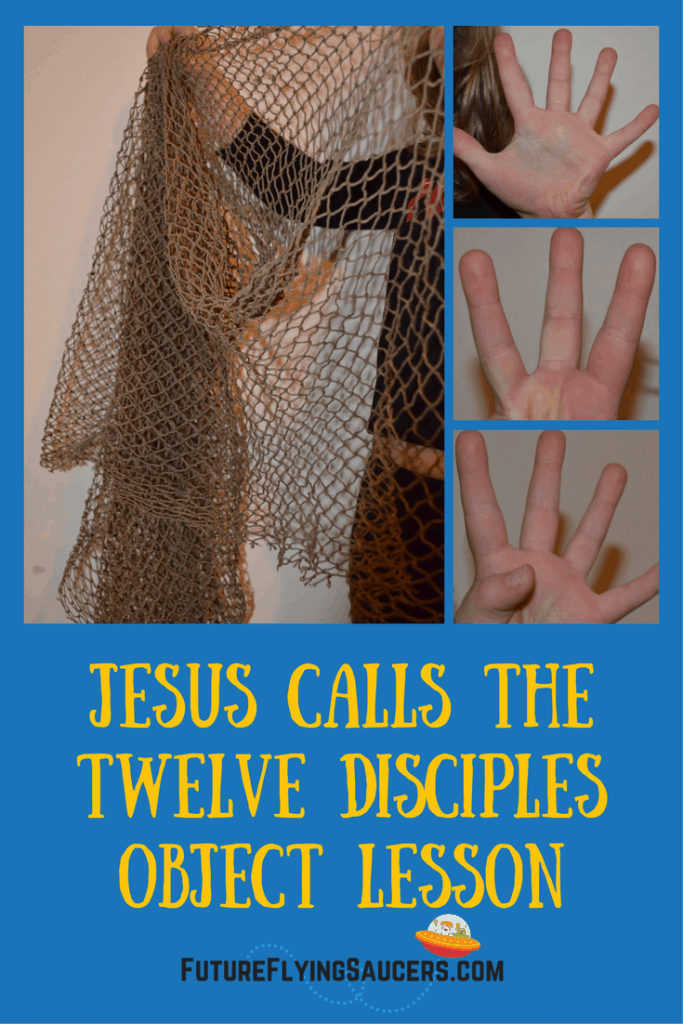