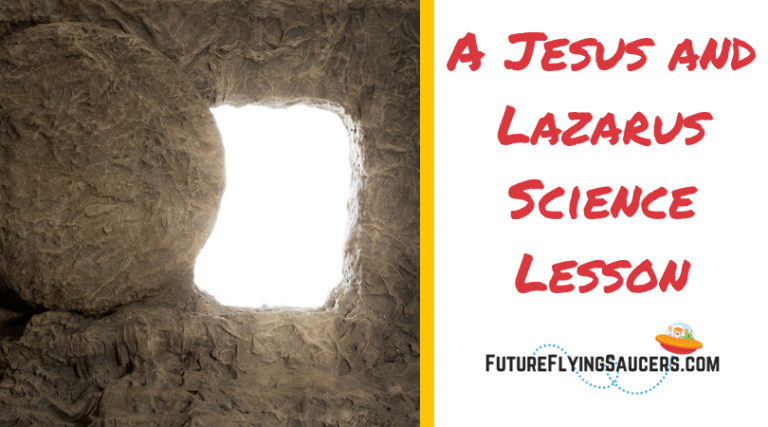 Jesus said that HE was the Resurrection and the Life. When we choose to believe that Jesus is God and that He saves us from sin, then we can have eternal life, even if we died on Earth. Use this Jesus and Lazarus Science Lesson to help children learn that Jesus is God and has power over death.

Materials:
Inductive Bible Study Form;
plate;
small amount of half and half or milk;
food coloring;
dish soap;
children’s version of the Bible

[I used the experiment from this video. I was not able to get my experiment to do like this one, but the initial spreading of the colors was pretty cool and had a “wow” factor to it. Practice before. If you can’t get it to work, show the video.] 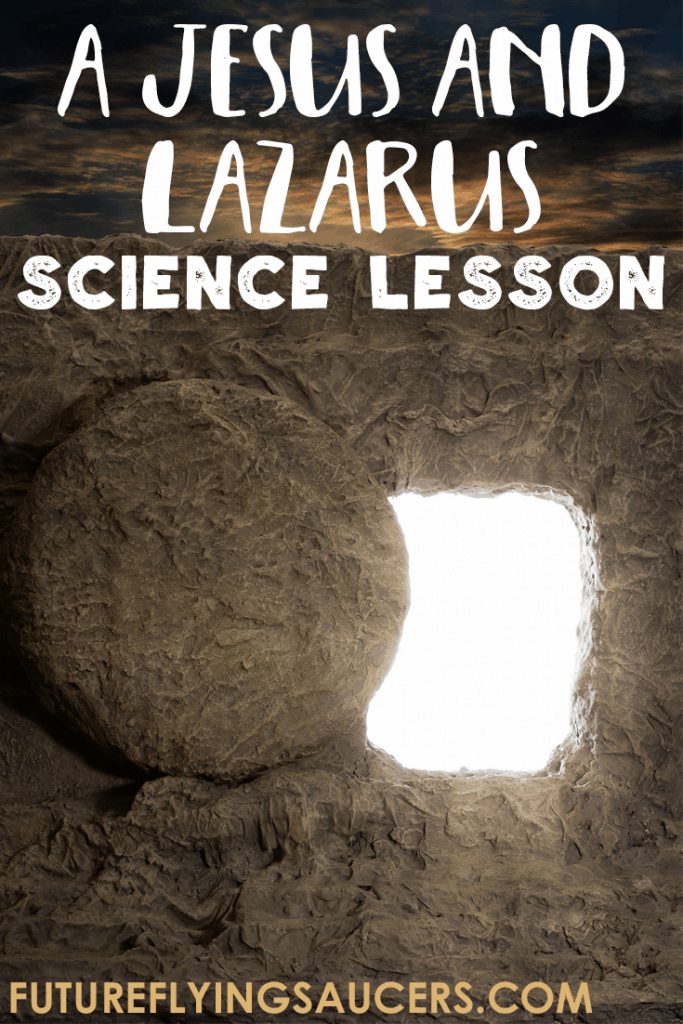 Background: Jesus did some amazing things and His ministry grew. The multitudes would come from miles around to have Him heal the sick and diseased. Jesus started preaching and teaching the people about heaven, the Father, and how to live. They didn’t understand though. Even the disciples were quick to ask for Jesus to explain what He had taught.

The world around us is amazing, unusual, organized, creative….and God made it all!

The study of science is really a study of God. He made the stars. He created gravity. He spoke it all into existence. And whenever you study some aspect of science, you are learning about the creativity of God and one small way He is revealing Himself.

God created science. And it is really neat! 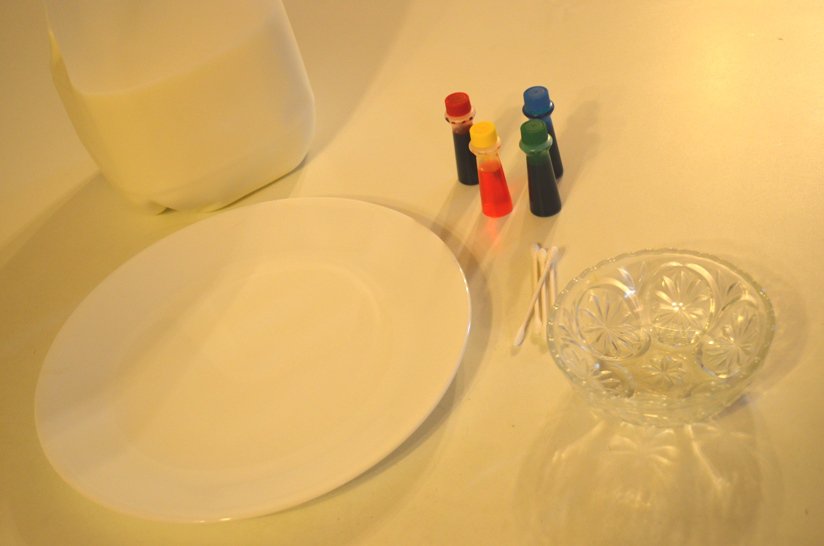 {Do the science experiment here. Describe the steps as you complete the experiment. You can discuss why the colors swirl when the soap is added. This is a fun chemistry experiment that shows what happens when soap molecules try to attach to the fat molecules of the milk. The food coloring is along for the ride and twists and twirls as the soap and fat molecules react to each other.} 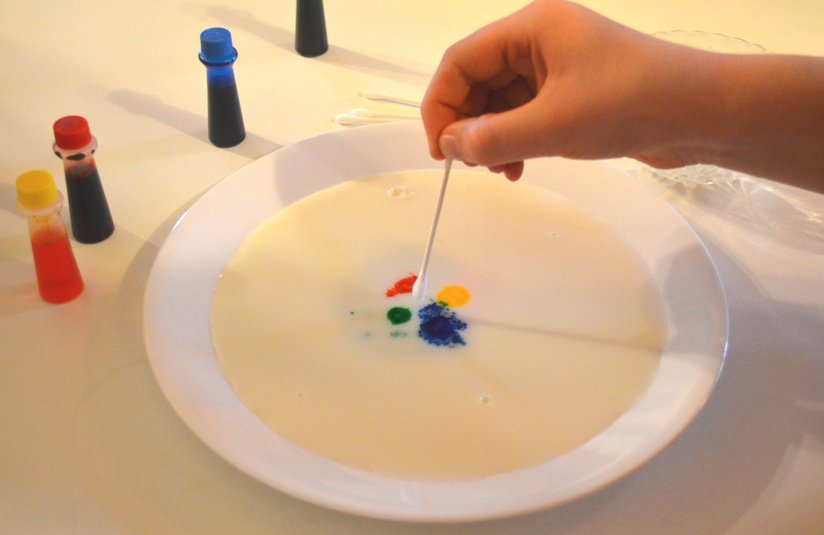 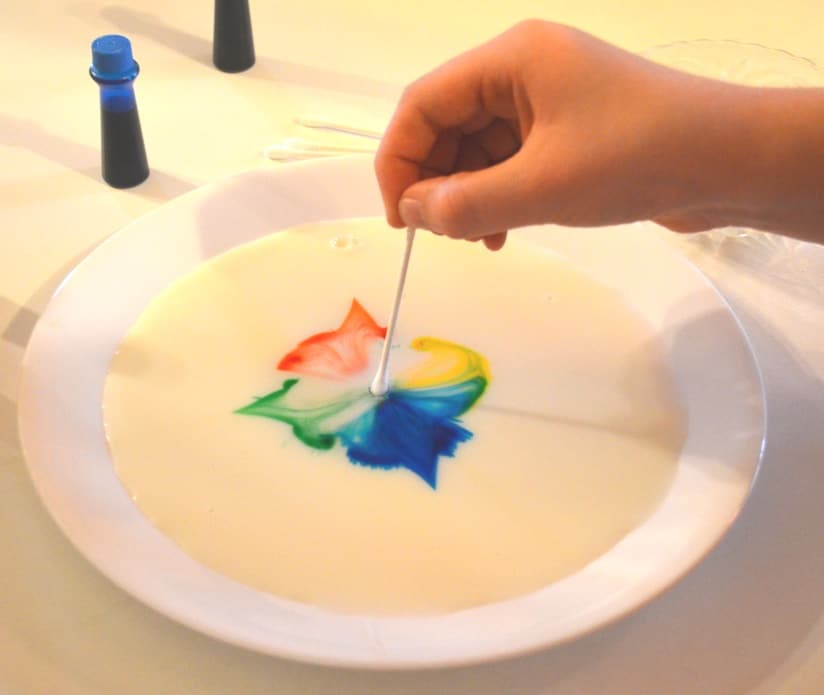 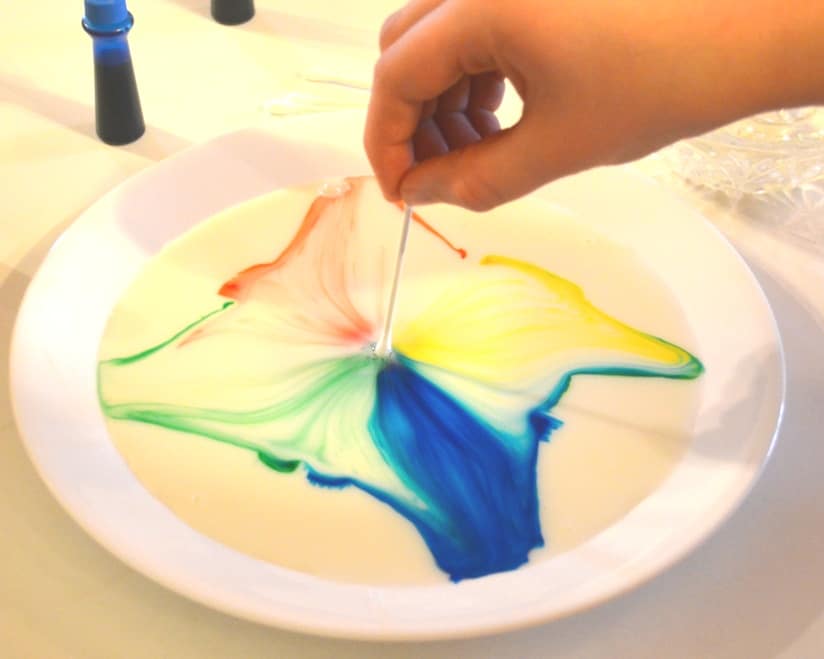 This is just a small thing that God has done and it’s pretty cool. God uses little science projects to display His glory.

Watching the colors swirl and move is really neat to watch. It’s even more interesting once you figure out WHY the colors move. The more we learn, the more we understand this experiment.

People, you, me, scientists, like to think they have God all figured out. But the truth is, there is no way we can EVER know enough about God. The more we learn, the more we realize there is more TO learn.

In this event, Jesus raised someone from the dead. Jesus showed people that He controlled life and death. Not only does Jesus control who lives and died, but He controlled whether or not HE lived or died.

Jesus didn’t have to hang on the cross. He could have gone **POOF** and disappeared whenever He wanted. But we don’t have a God who is magic. God is supernatural. He is BEYOND what is natural in our eyes.

After Jesus raised Lazarus from the dead, many people believed that Jesus was the Son of God. And then there were the others who went to the Pharisees.

Sometimes we have a hard time believing in Jesus. Life can really stink. Death is awful. But Jesus said that the death of His friend happened so that glory would be given to God. Jesus stayed on that cross because He loves you. And when bad things happen we need to ask the hard question: How will God glorify Himself in this situation? And when God is glorified, people then believe.

What can we learn from Jesus and Lazarus? Jesus said that HE was the Resurrection and the Life. When we choose to believe that Jesus is God and that He saves us from sin, then we can have eternal life, even if we died on Earth.