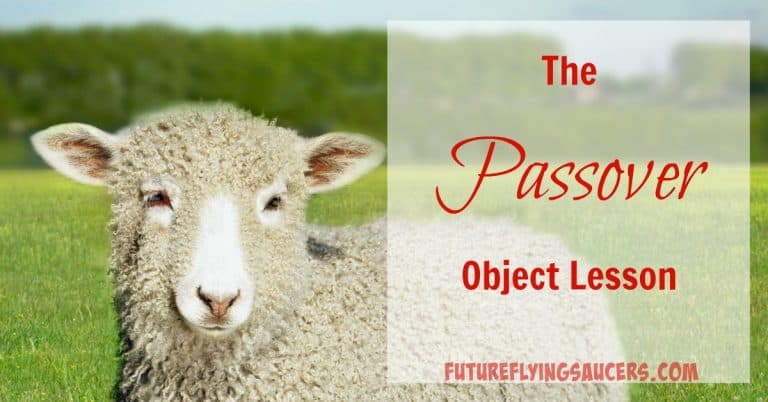 Why is Jesus sometimes called the Passover lamb? This Passover Object lesson will explore the main events of this horrific incident in history as one nation is destroyed while another is born.

Background:
Joseph had set the seventy-ish member family up in the beautiful land of Goshen, which was THE prized land of Egypt. However, pharaohs came and went, and then there were leaders who did not know Joseph. The Israelites were forced into slavery and God raised up Moses to be The Deliverer. Pharaoh’s heart had been hardened even after nine horrible nationwide plagues that destroyed Egypt’s economy and way of life. But Pharaoh’s heart still would not allow the people of Israel to leave his nation.

Object Lesson Activity for The Passover:

{Split the children into two groups. Designate one group as the Egyptians and the other as the Hebrews.}

Nine plagues have taken place. The last one was darkness. All the land, except Goshen, had been plunged into darkness. But Pharaoh, once again, would not allow the Hebrew people to leave.

{Use this as a time of review to go over the other plagues, discuss the One True God versus the gods and goddesses of Egypt, and slavery versus freedom.}

God told Moses about the final plague. Then Moses went to the Hebrews and told them about the coming plague and what God wanted them to do.

Moses told the Pharaoh that the first born son of all Egypt, including livestock (if any was still alive), would die.

{Tell the Egyptians to listen to what the Israelites had to do. As you describe the event, have the Hebrew group act out these situations: pet the small lamb, kill the lamb, paint the door posts, cook, eat, pack clothes, put on shoes, hold a staff, and wait.}

The Hebrew families were told to take a one year old male lamb, or goat, without blemish and bring it into their homes. The lambs lived with each family for four days. Then the lamb was sacrificed, killed. The blood was painted on the outside of each family’s door: on each doorpost and across the lentil. The Hebrew families cooked, ate the lamb, and were to be prepared to leave at any moment. They had their shoes on and staffs ready. At the chosen time, midnight, God would pass through the land and kill the first born of man and beast. However, if God saw the blood on the doorway, He would then passover that house.

{Have the Egyptian group pretend to sleep sitting up. Then have those children who are first born to slump to the ground.} The time came…and there was a great cry in Egypt. No family was spared. Pharaoh, who lost his first born, told Moses and Aaron to take the people and leave.

{Have the Egyptians who are still “alive” to pretend to give the Israelites wealth and clothes.}

The Egyptian people gave the Hebrews silver, gold and fine clothes. The riches of Egypt were taken out of the land of Egypt as were the bones of Joseph.

Life Application of The Passover:

This is such a heart wrenching and tragic piece of history. The strong nation of Egypt, which was the ruling power of the world at this time, was brought to ruin by the God of the universe supplying His own people with what they would need to begin their own nation. The economy was gone, agriculture was destroyed, people were dead, buildings and cities were most probably damaged, and the armies of Pharaoh would be demolished at the Red Sea. What a picture of the power of God!

Jesus is the only One who can give salvation to us. We have to be willing to accept and believe that Jesus died for us. We must be willing to confess Jesus with our mouths that He is Lord…then we will be saved.

More Resources for The Passover: