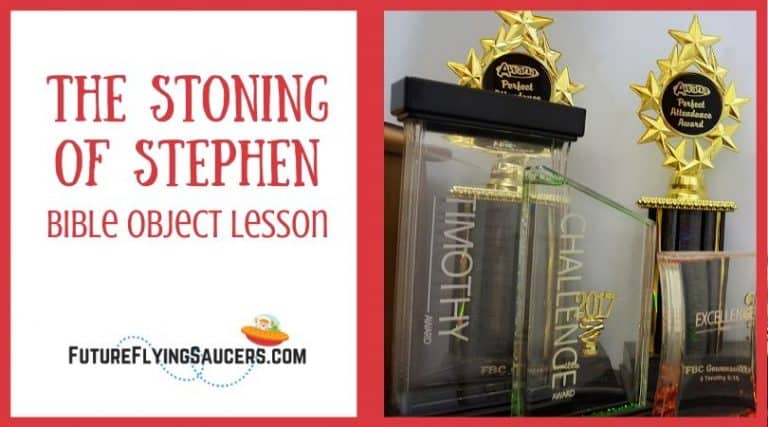 How do you want your life to end? Use this Stoning of Stephen Bible Object Lesson to discuss the race of life and how focusing on Jesus and being filled with the Holy Spirit is how one runs a good race. 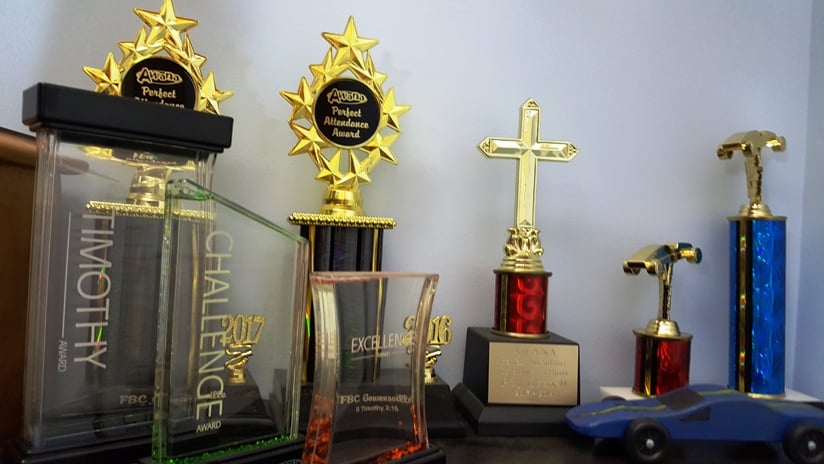 Object and Bible Lesson for the Stoning of Stephen:

{This is a great event with which to create a comparison and contrast list. Keep it simple for young children. Show the trophy and ask:}

After the apostles were persecuted, the church continued to grow and grow and grow! And because there were so many people, a complaint was made by a group of Greek Jews. They claimed that their widows were being neglected by the apostles. The twelve men did not want anyone overlooked, so they gathered everyone together and said, “Choose seven men among you so that they might do this business.” The apostles needed to teach and pray, not serve every need. Others could do that.

Seven men, or deacons, were chosen and one was Stephen. The scriptures say he was full of faith, the Holy Spirit, and power. He also did wonders and signs among the people.

Then a group of people started to argue with Stephen.

{On the board write: “Enemies” and “Stephen”. This story is filled with action! As you tell the story, or read the scripture, write down the verbs describing the actions of each. Read Acts 6: 8-15 and then go to Acts 7: 54-60}

These enemies of Stephen were so angry! And they couldn’t seem to “beat” Stephen when he spoke and preached about Jesus.

Picture this: The mob grabbed Stephen and dragged him outside the city. He was thrown down and the people surrounded him. They picked up rocks and threw them at Stephen. Stephen lifted his head up to heaven and saw Jesus standing beside the Father. 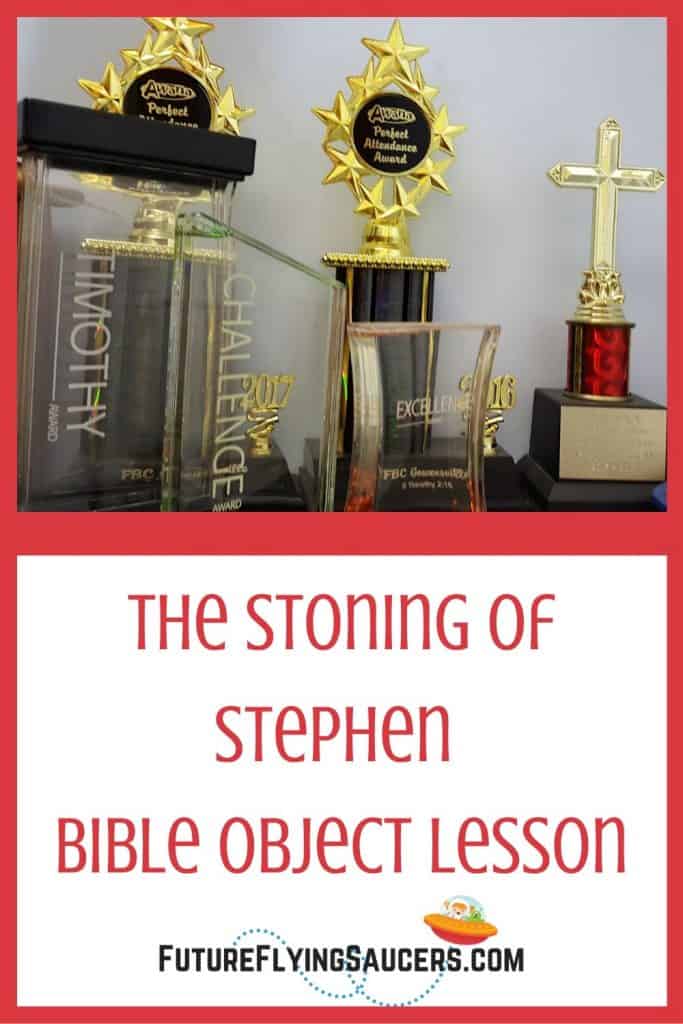 Life Application of the Stoning of Stephen:

{Show the trophy an ask:}

The Bible tells us that every Christian is running a race, a race of life. And we want to run our race in such a way that it pleases Jesus.

I think Jesus was standing for Stephen. I think Jesus was pleased with Stephen and the way Stephen ran his race. The stoning continued and Stephen forgave his enemies. He closed his eyes…and then he was with Jesus. And I think he heard, “Well done good and faithful servant!”

Stephen was the first martyr, or person to die for his faith in Jesus. There have been many, many more martyrs through the years, including people today who are killed because they believe in Jesus.

What can we learn from the Stoning of Stephen? Life is an adventure. It’s a race. It isn’t a race where we compete with others to win, but a race we train for, persevere through, and cross the finish line of death into heaven. How will you choose to run your race? Like Stephen?

Videos for the Stoning of Stephen: