The Fall in the Garden Genesis 3 Object Lesson 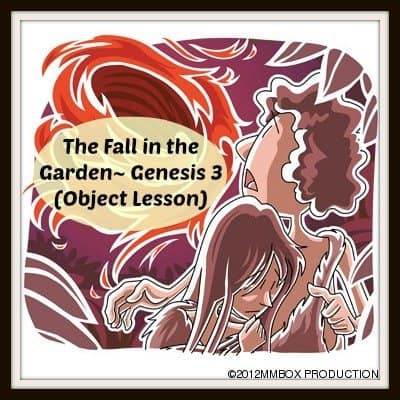 Materials: beautifully wrapped box, with a top you can take off; put yucky trash inside the box (old socks are great!); a few beautiful landscape pictures; picture or figure of a cross

{Show the students the beautiful box. Have them describe what they see and predict what might be in the box.} 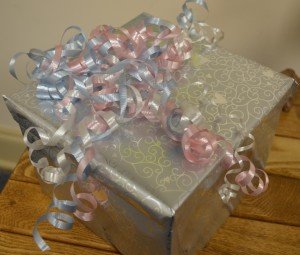 What was the garden like? [Allow the children to describe: perfect, pleasant to the sight, rivers, pure water, gold and jewels, they could eat from any tree except one, Adam named all of the animals, Adam and Eve walked with God.]

Adam and Eve could eat from any tree except one, the Tree of the Knowledge of Good and Evil. One day while walking in the garden, a serpent asked Eve, “Did God really say to not eat from that tree?” This caused Eve to doubt some as she replied that God had told them to not eat, or even touch, the tree for it would bring about death. The serpent answered back saying, “Surely you will not die! But your eyes will open and you will be like God!” When Eve looked at the fruit, saw that it was pleasing to the eye, and that it would make her wise, she ate some and then gave the fruit to her husband to eat. 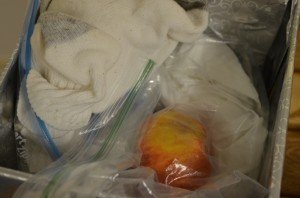 And their eyes were opened!! {Take off the top of the gift box and show the trash to the children. Begin listing words that describe the trash: nasty, yucky, gross, disgusting, repulsive, revolting.} All of these are words that describe SIN!!! {Have the children discuss some sins that they know of.} Once Adam and Eve were disobedient to God, then SIN entered the world. Their children were born with sin; and their children’s children were born into sin. The Bible tells us that ALL have sinned and fall short of the glory of God. Sin is anything we do, anything we say, and anything we think that displeases God.

{Have the kids think about a time when they truly “got – understood” something – like riding a bike, a math problem, or reading.} That “ah-ha” moment you had may have been similar to what happened to Adam and Eve when their eyes were opened. Only their eyes didn’t open to something good! Their eyes opened to death and destruction. And they looked at each other with shame and noticed that they were naked.

God walked through the garden and then asked, “What have you done?” God had to take Adam and Eve out of the garden because there was another tree in the garden called the Tree of Life. If they were to eat of that fruit in their state of sin, then they would stay in sin forever. 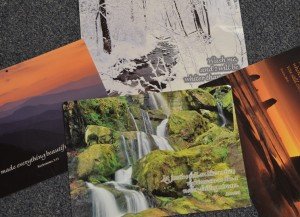 So he took them out of the garden. There is a sin problem. {Show the trash.} God gave consequences. Sin has consequences. Eve would have pain in childbirth and her husband would rule over her. Adam would have to toil in the fields and work hard among thorns to provide for his family. The earth was cursed. {Show the landscape pictures to the children.} Even though we look around and see beautiful scenery…it is fallen. It is not perfect anymore. Yes, creation shouts everyday to its Creator God, but the world is fallen. The things of this world are not nearly as wonderful as things were in the garden, or will be in heaven.

And the most important consequence was death. Now death would happen to Adam and Eve.

God cursed the serpent, too. The serpent would have to stay on its belly and hatred, enmity, would be put between the woman’s son and the serpent. Hatred! Death! Sin! Sin is awful!

But there is hope! Even in Genesis chapter 3 God has a plan!! God told the serpent that he would bite the foot of the woman’s son….but that the woman’s son would CRUSH his head!

Who is the Son of a woman whom we talk a lot about? (Jesus!) And He CRUSHED the serpent, who is Satan, when Jesus died on the cross. 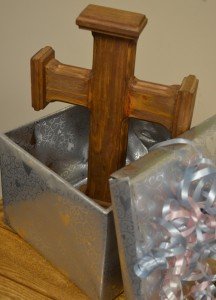 Life Application of The Story of The Fall in the Garden:

The Bible tells us that all have sinned and fall short of the glory of God. It also tells us that while we were STILL sinners, CHRIST died for us! That’s the crushing of that serpent’s head. THAT is the defeat of death. Because if we believe in the Lord Jesus we will not perish but be given everlasting life.

SIN can look really good on the outside, beautiful even. But it is repulsive. All of us have a sin problem. God can’t look at this sin. He is holy and perfect. But if we believe in  Jesus {Take out the trash. Place the cross inside the box.} you are beautiful, clean, and sinless. God forgives you of your sins and cleanses you of all unrighteousness. He sees Jesus in you. And that is VERY pleasing to God.

What Truth did you learn from this lesson?

***The lovely clip art is from Masaru at Christian Clip Arts.