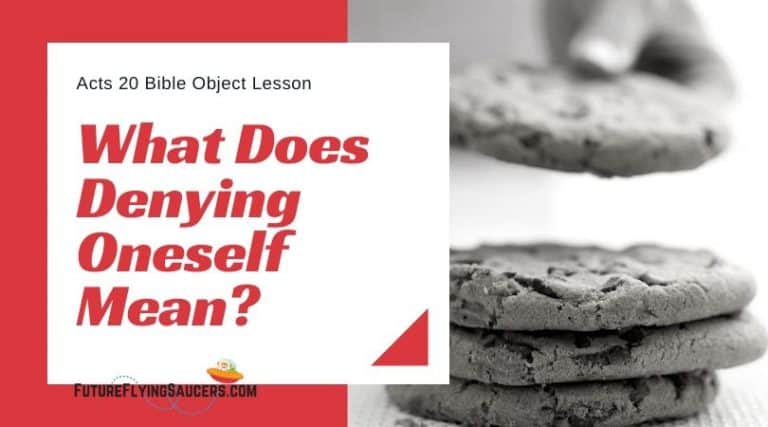 What Does Denying Oneself Mean? Bible Object Lesson

What does it mean to deny oneself? Use this Acts 20 Bible Object Lesson about Paul choosing to go to Jerusalem and denying himself so he can, instead, obey the Holy Spirit.

Paul is ending his 3rd missionary journey. He travels from Ephesus into Macedonia and Greece only to turn around and retrace his steps knowing that his journey will eventually lead him to Jerusalem.

Background: While Paul was traveling, a man named Apollos was preaching in the area of Ephesus. Evidently he was a gifted and eloquent man. Aquilla and Priscilla pulled Apollos aside and taught him accurately. Then there was no stopping him! He preached and preached and he traveled on to Corinth.

Paul stayed in Ephesus for two years and the scriptures say that all who dwelt in Asia heard the word. Lives were changing so much that the economy was being effected. People were not buying silver idols and a riot ensued. After the riot in Ephesus calmed down, Paul decided to leave town and visit the churches in Macedonia and Greece which were started on his 2nd Missionary Journey.

{Show the cookies to the children and explain that they are your favorites. Describe why you like these particular cookies so much. Then tell them that you have cookies for everyone, but that you are one cookie short. Act like you are struggling. Talk through the decision to give all of your favorite cookies away and not take one yourself. What are you feeling? Talk through the temptation of keeping them all to yourself and not sharing any, or maybe leaving one other child out. Ask:}

We could cut the cookies in half and then everyone could at least get something. Maybe we will do that later.

Paul had a decision to make. A tough decision. He knew God wanted him to go to Jerusalem. But people in Jerusalem wanted Paul dead. Let’s see what he decides to do.

A young man named Eutychus was sitting in a window on the 3rd floor of this house. He fell asleep and fell out of the window and died. Paul raced down the stairs, embraced the young man, and he came back to life. Paul returned upstairs, ate and taught until morning.

The men traveled to Militus which is just south of Ephesus. Paul called for the elders of Ephesus to come down to him. They came and Paul began to share his BAD NEWS with them. He told the men that the Holy Spirit was telling him to travel to Jerusalem and that afflictions await him there.

Paul reassured them that it was OK. He said that his life belonged to Jesus. But there was more BAD NEWS…Paul told the men that they would never see his face again. He told them to be watchful and on guard because men were going to rise up and try to teach wrong things about Jesus.

Paul exhorted the elders to study the word of God and to care for those who were needy and weak. The people listening to Paul began to weep, they embraced Paul, and took him to his ship. 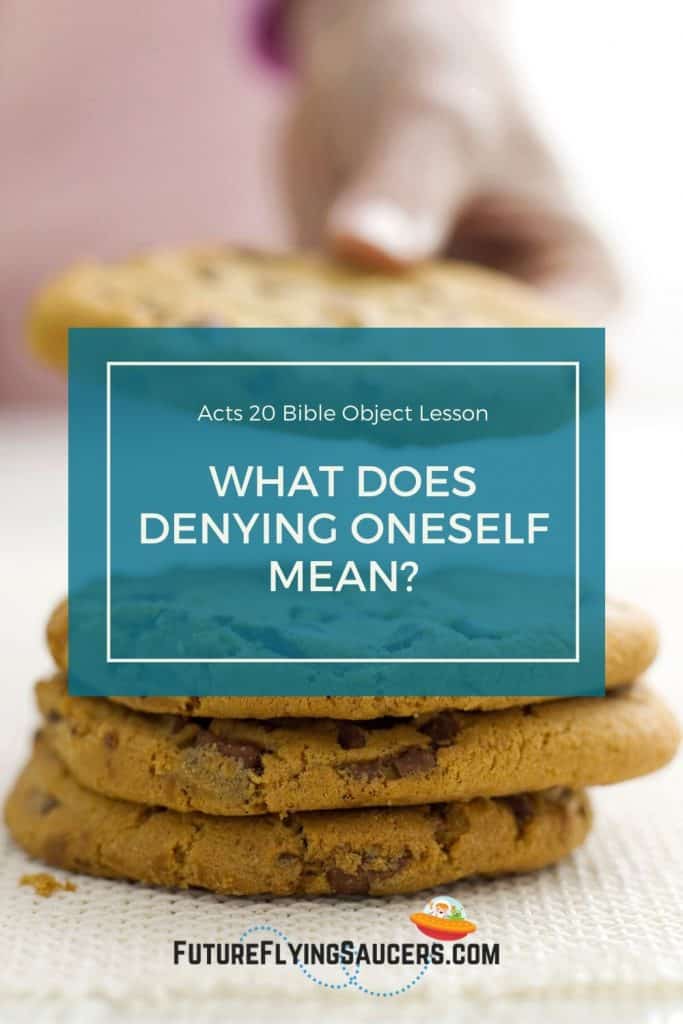 Dying for Jesus doesn’t necessarily mean physically dying for Him, although it could. Dying to self means giving up something that means a lot to us for the good of Jesus or someone else. Paul knew he had to obey the Holy Spirit and in doing that he was dying to self, or doing what is called denying himself.

These cookies are my favorite. But I am one short.

{Begin giving the cookies out to the children and do not give one to yourself.}

I want you to have them. I will deny what I want so you can have something good. We could have split these in half so I could have had one, but then I would not have had the opportunity to fully bless you with these cookies.

Denying myself of a favorite cookie is a little thing.

Sometimes dying to self means taking inventory of your life and seeing if there is anything that is more important than God’s work. The Holy Spirit can help you to see what is distracting you from serving God and growing in Jesus. That might mean choosing to not do something OR choosing to do something that is hard to do. It might mean doing the thing your heart might not want to do. It might mean giving up what you cherish the most. Dying to self means cutting sin out of your life. It means actually walking the walk of Jesus and not just talking about it.

What can we learn from Paul in Acts 20? If you say you are a Christian, that means you must recognize the fact that your life is not your own. It was bought by God when Jesus died on that cross. You are His. Paul recognized this and is a great example of dying to self, or self-denial. His was a life that was broken and spilled out for Jesus.