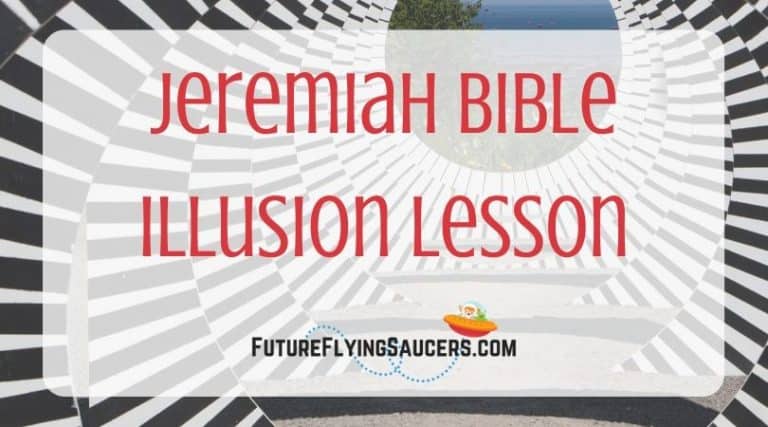 The prophet Jeremiah had a strong word from God for the King of Judah. Would he listen? Use an optical illusion to teach children to not just listen to the word of God, but to do what it says.

{You will be using an optical illusion for the object lesson, so be sure to have it ready before you have children in the room with you. See the images for directions.}

Step 1: Cut a sheet of typing paper with 3 slits as shown. (Don’t actually make the dashes on the paper. Keep it white.) 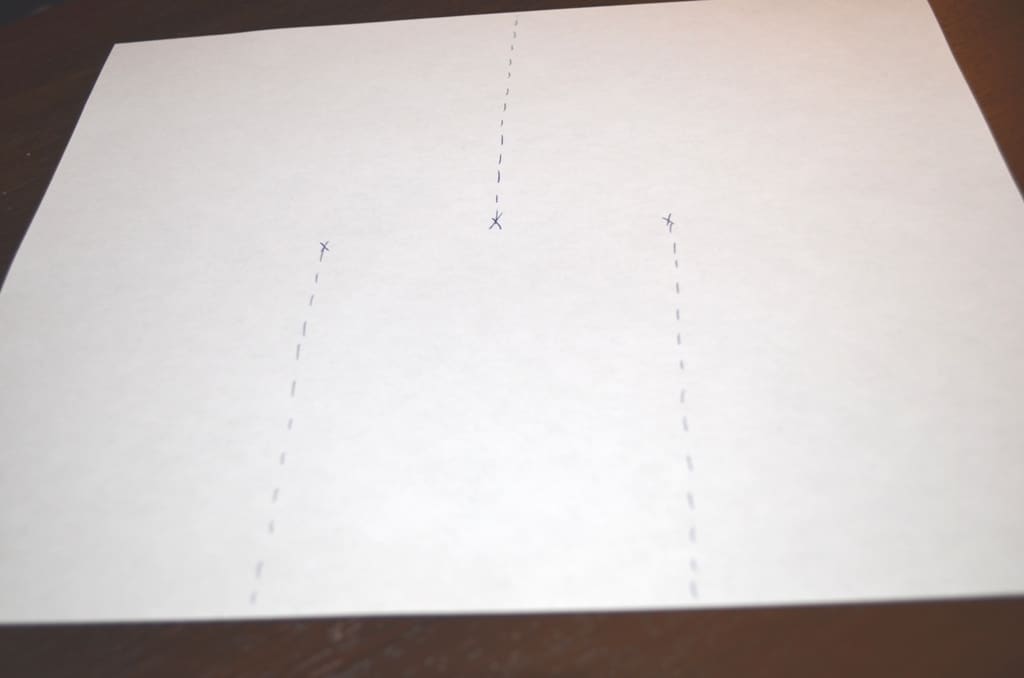 Step 2: Hold the short ends of the paper and twist 180 degrees. 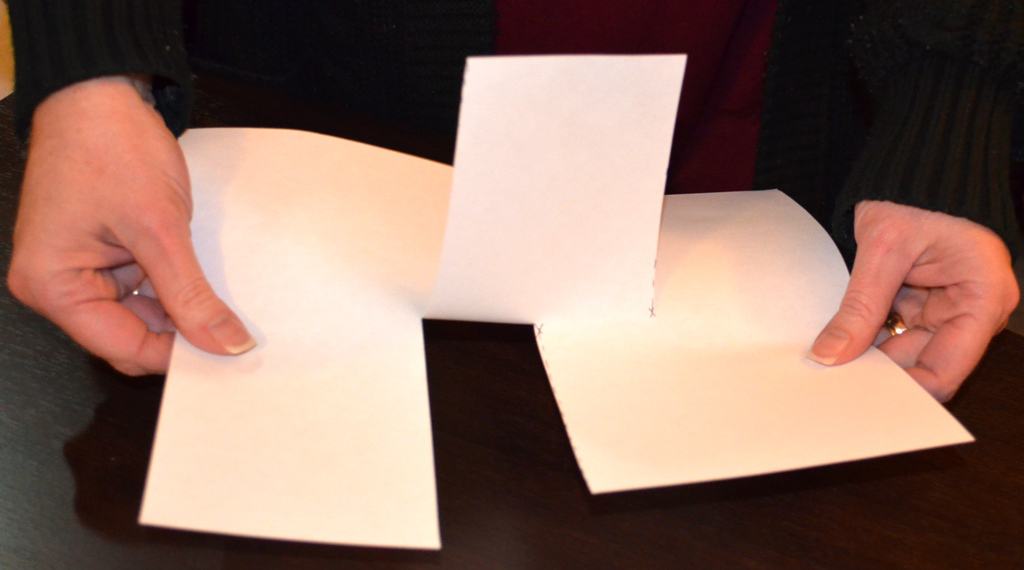 Step 3: Glue it onto a sheet of construction paper. 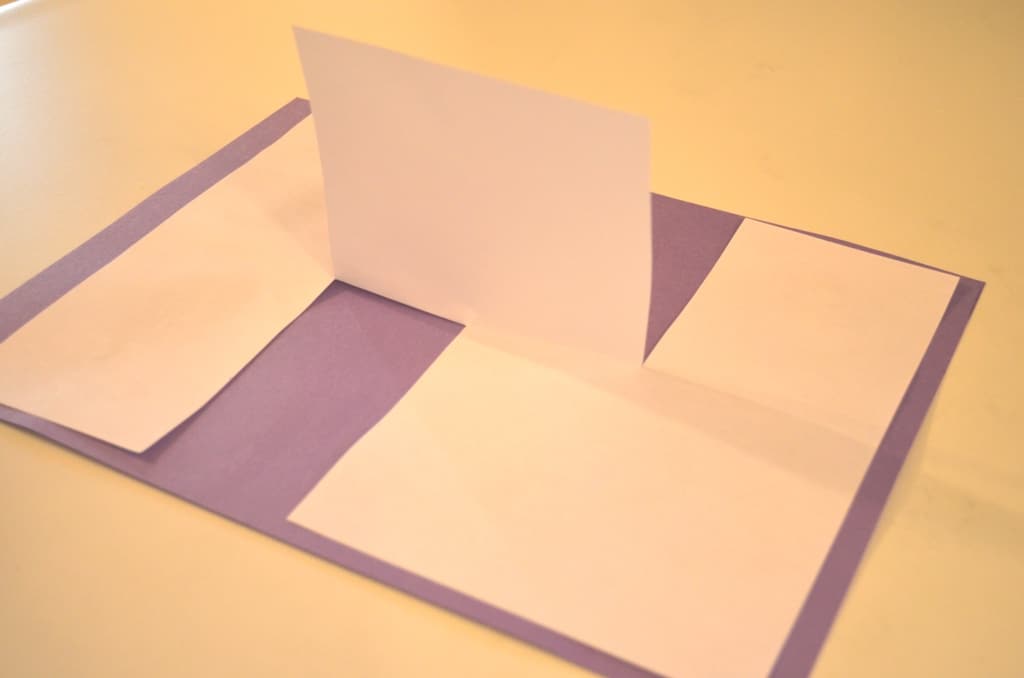 Background: The nation of Israel was divided after the reign of Solomon. Northern Israel had no good kings while southern Judah had a few good kings. Prophets, such as Elijah and Hosea, were sent by God to warn the people to repent, turn away from idols and sin, and come back to God.

{Ask for a volunteer to help you. Show your illusion and ask:}

{Give the volunteer time to look at yours and try to recreate it using the scissors. If they seem stuck say, “You can ask anyone in the room for help.” The volunteer will probably ask for help from a friend, or another child. After another few moments ask:}

I am going to show you how to do this illusion towards the end of our lesson because I want you to be able to share this with others. But for now, let’s discuss the people of Judah who did not listen when given instructions from God.

{Depending upon the age of the children being taught, you might want to read the entire chapter of Jeremiah 36. At least read verses 2 and 3. Ask:}

Jeremiah obeyed God and had Baruch write down on a scroll all of the words he spoke. Once finished, Jeremiah, who was unable to go to the temple (possibly because of his unpopular speeches there, see Jer. 7:1-15 and 26:1-19) had Baruch take the scroll to the temple. On a day when the people were fasting, Baruch was to stand in the temple and read the scroll out loud in the hearing of everyone. 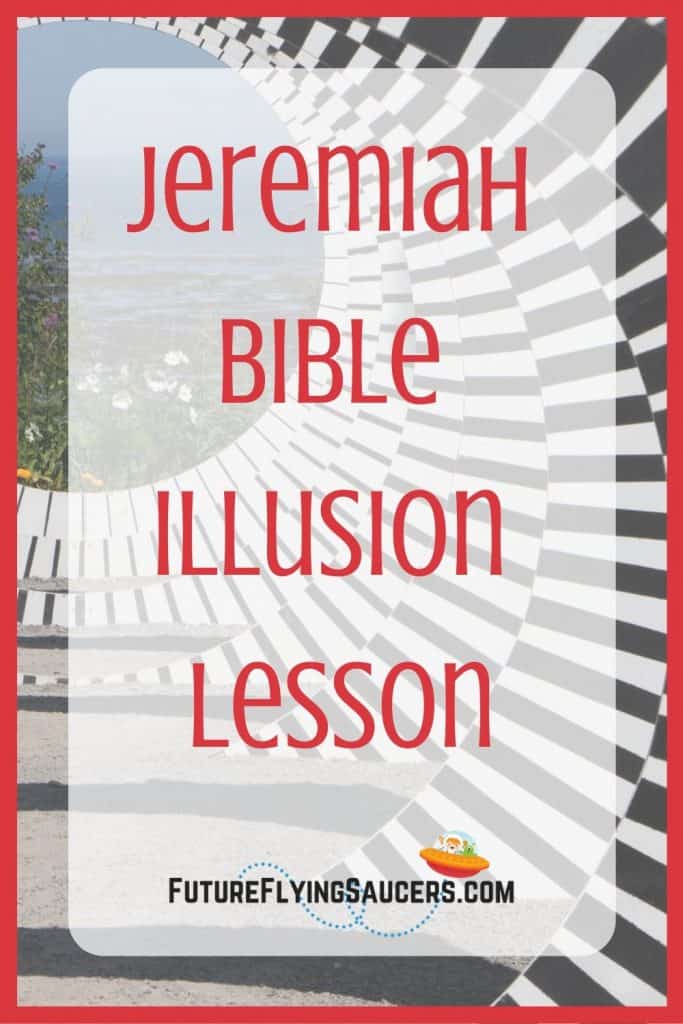 Baruch had to wait about nine months until a day of fasting took place. (At this point in Jewish history, days of fasting were only called by the leadership during times of national emergency, see 2 Chr 20:3 and Joel 1:14, 2:15. Regular days of fasting were instituted after the fall of Jerusalem. Babylonian records tell us that Nebuchadnezzar captured the city of Ashkelon the same month as this fast. It is possible the leadership called a fast to plead for God’s deliverance from Babylon.) Then Baruch read the scroll at the New Gate. The scribes and the people heard him.

Michaiah, a son of one of the scribes, went to the king’s house where all of the prices, or officials, were sitting. He told them everything he heard from Baruch. The officials sent for Baruch to hear the words for themselves. After Baruch finished reading the scroll, the princes looked at each other in fear. The officials knew they had to tell the king.

They took the scroll, left it with the scribes, and told Baruch to go hide himself and Jeremiah because Jehoiakim would probably get very angry. The officials went to the king. Jehudi went to get the scroll and began to read the words to the king. The words were written vertically on the scroll, so as Jehudi finished reading 3 or 4 columns of words, the king took a knife and cut off the portion that had been read. He then threw the words into the fire.

The king had no remorse. He disregarded the words of God. Instead, King Jehoiakim ordered the arrest of Jeremiah and Baruch. God hid them both form the king’s men.

{Hold up a sheet of paper and show the children how to do the illusion.}

The same thing goes with the Bible. The Bible is of no value if all you do is listen to it. You must do what it says! King Jehoiakim listened to God’s word…but he DID NOT do what it said. Therefore, the kingdom of Judah will be captured by Babylon.