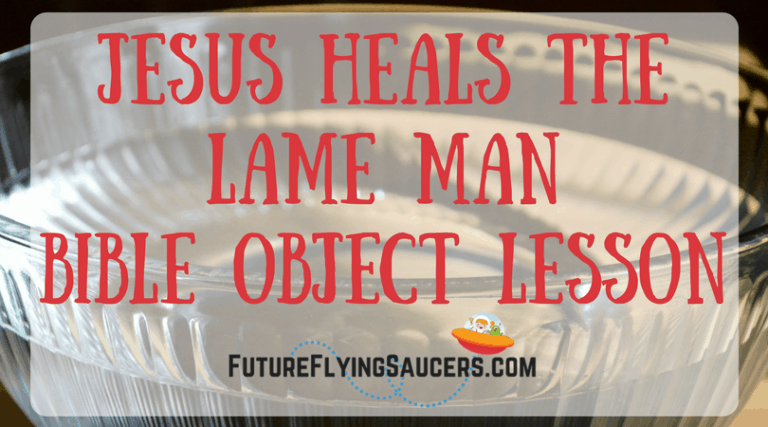 When a person encounters Jesus, either that person can believe He is who He says He is, or not. This Jesus Healing the Lame Man Object Lesson exemplifies this truth. Use a bowl of water to act out the event and discuss what Jesus is saying to us.

Background: There was a wedding in Cana. Mary, Jesus’ mother, Jesus and His disciples were at the wedding feast. Jesus turned the water into wine. A royal official came to Jesus. This official begged Jesus to come with him and heal his sick son, for he was close to death. Jesus did not go with the official. Instead, Jesus told the man, “Go, your son lives.” The official’s servants met him on the way home and told him that his son was well.

{Choose a volunteer. Have him come up front and sit on the floor. Designate the child as “lame”. Put the bowl of water a short distance away, but far enough that he cannot reach it. Explain that IF the water moves, he must somehow get to the bowl and put his hand in the water before the water is still again. But he cannot use his legs. Gently shake the bowl. Allow the child to attempt to get to you. Make sure the water is still quickly.}

So sorry!! You can’t seem to reach the water before it is still again! I guess you won’t get healed this time. Let’s see what Jesus did.

{Have the volunteer stay where he is.}

Jesus left Cana and went back to Jerusalem for a feast. While there, Jesus went near the pool of Bethesda. John tells us that if the waters were stirred up, then the first person into the pool would be healed. Therefore, many people with different ailments would sit for extended periods of time waiting for the waters to be stirred. Archeologists think they have found this pool, and it must have been thought to have healing powers because the Romans built baths on top of this ritual pool.

Jesus walked by the pool and noticed a lame man. He had been lame for 38 years. Jesus asked the man, “Do you want to be healed?” The man responded that yes, he did want to be healed, but that no one would help him into the pool when it stirred. Someone would always get there ahead of him. Jesus replied, “Take up your bed and walk.” The man did just as Jesus said.

{Choose someone to be Jesus and ask the question of the lame man. Guide the children through the dialogue so everyone hears the words again. Have the lame man pretend to roll up his bed. Ask:}

This happened on the Sabbath and some Jewish religious leaders saw the man carrying his bed. This was against the rules of the Sabbath. Carrying something is considered work, and a good Jew did not work on the Sabbath.

The leaders asked the man if he realized that carrying the bed was unlawful. The man replied, “The man who healed me said to pick up the bed and walk. And so I did.” They then asked who it was who healed him. The former lame man did not know because Jesus had withdrawn back into the crowds.


Later, Jesus found the former lame man in the temple and said, “See you are well! Do not sin any more, so nothing worse will happen to you.” Then the man went and told the Jewish leaders that it had been Jesus who healed him.

After this the Leaders persecuted Jesus because He had done things on the Sabbath. Jesus responded back to them by saying, “My Father is working, so I am working.” The Jews wanted to seek out a way to kill Jesus because He called God His Father. Jesus had made Himself equal with God.

{Hold up the bowl of water.}

Jesus has power over disease and sickness. What is neat about this event is that the lame man did not ask for healing. We don’t even know if he believed in Jesus or knew who He was. But Jesus healed him anyway. And the scriptures tell us that Jesus knew the man had been lame for 38 years. Isn’t nice to know that God knows how long you have suffered?

Jesus was perfect, so He did not do anything wrong by healing on the Sabbath as the Jewish Leaders claim. The Jewish Leaders had so many laws that they tried to regulate and enforce, that they themselves could not keep them all. But they were quick to point out the failures of others and ignore their own.

In another conversation Jesus pointed out that the Sabbath was made for man. Those Ten Commandments were given to man. God didn’t need them. Man needs them.

The Bible tells us that when we break one of the laws, then we are guilty of breaking all of them. When people realize that they cannot follow the law perfectly, then they understand that they need a Savior.

There is nothing we can do to earn a right relationship with God, or salvation. That lame man did nothing to earn his healing. Jesus chose to heal the man because He loved him, and that is why Jesus offers salvation to you today: He loves you!

What is Jesus telling us with His words? Jesus told the lame man to sin no more. He also told the Jews that He was equal with God the Father. Only God can forgive sins. And only the Son of God can be equal to God. Jesus wants us to know that He is God in the flesh. Immanuel. 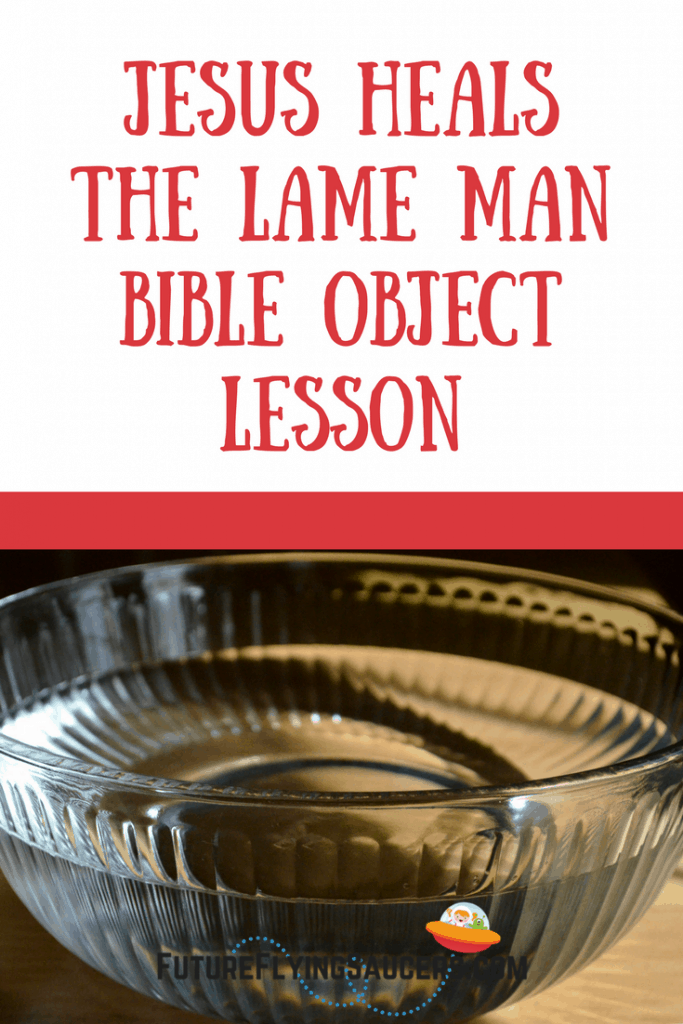