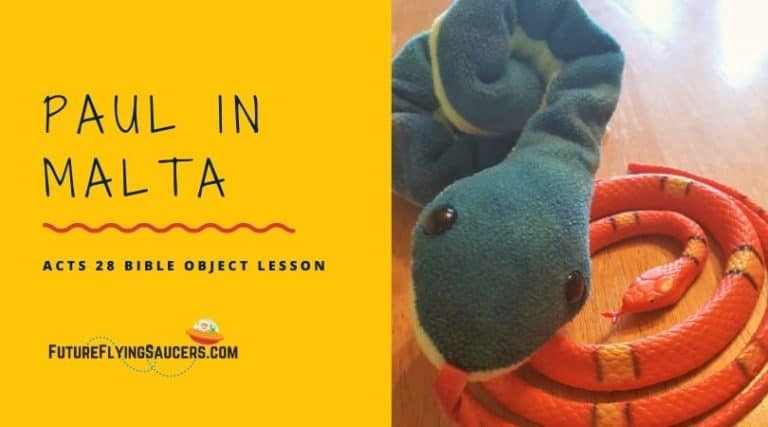 Christians are called to spread the gospel, but the enemy likes to seek and destroy. Use this Acts 28 object lesson about Paul in Malta to discuss why we need to know scripture and how we can use it to help us share the hope of Jesus.

Background: In a vision, or by physically standing beside Paul, Jesus told Paul he would go to Rome. Paul appealed to Caesar, and after two years and three trials, he was on his way to Rome. Paul was shipwrecked, but he knew he would make it to Rome. Paul had no doubts. 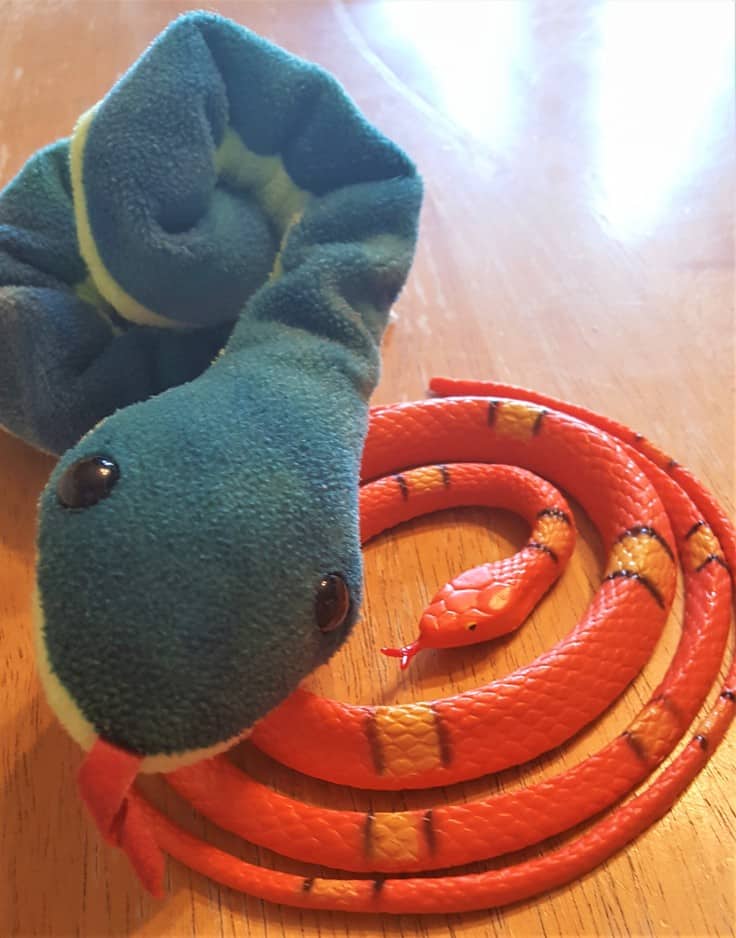 Object and Bible Lesson for Acts 28:

{Show the snake to the children. Ask:}

The Bible calls these people “natives,” but don’t think about a primitive people group. In this case, “native” is the term used for people who have not taken on Greek culture.

Scripture doesn’t tell us what Paul told the natives, but it had to be similar to what he told the people when they claimed him and Barnabas to be gods.

Paul, and his travelers, stayed with a man named Publius for 3 days. While with him, Paul healed his father. Once people heard the news, then everyone on the island who was sick came to see Paul for healing.

After 3 months, the shipwrecked men boarded a ship and set sail. When Paul got to the Market of Appius, some Christians from Rome met him there and encouraged him. Paul then traveled north on the Appian Way towards Rome. While Paul was imprisoned in Rome, he was allowed to rent his own house and he had one guard watching over him. During this time of imprisonment Paul wrote the letters of Philemon, Ephesians, Colossians, and Philippians.

Paul called all the Jewish leadership to his home and he explained the prophets, Jesus, the scripture prophecies and fulfillments. Some were persuaded, but others were not. So Paul stated once again that he would preach to the Gentiles because of the unbelief of the Jews.

Paul was imprisoned for 2 years. During those 2 years he preached and taught anyone who came to him. Once released, scripture is pretty much silent as to what happened to Paul. Some scholars think Paul might have journeyed to Spain because of some of his comments in his letters. At some point he was imprisoned again. Nero was the Caesar at this time and persecution of Christians became the norm. Foxe’s Book of Martyrs says that Paul was beheaded outside the city, but there does not seem to be any documentation of his death.

The gospel spread and expanded throughout the world. 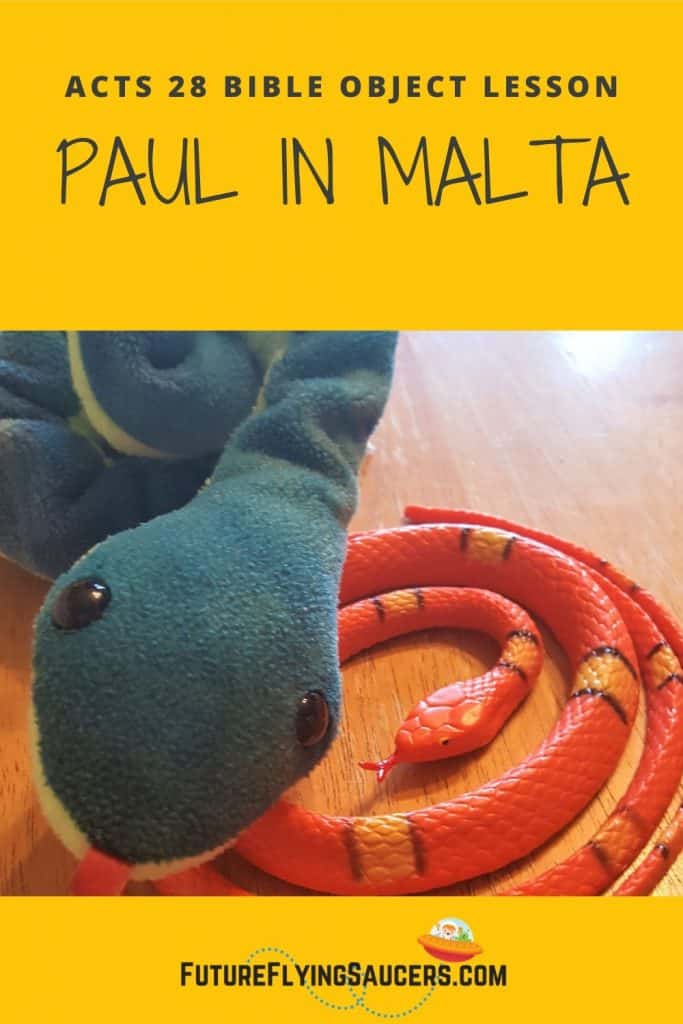 Many times, snakes are seen as the enemy because Satan took on the form of a snake-like creature. Satan is the enemy of God. Paul, a man of God, was bitten by a snake, but was able to shake it off and continue with what he was doing.

What can we learn from Paul in Malta? Like Paul, we are to share the gospel with whomever will listen to us. However, there will be times when Satan, our enemy, will try to seek and destroy what we are trying to do for God. He likes to mess up our relationships with people. He likes to frustrate us. We can be like Paul and know the scriptures well enough to “toss the serpent of Satan into the fire” and persevere as we live a life that imitates Jesus.