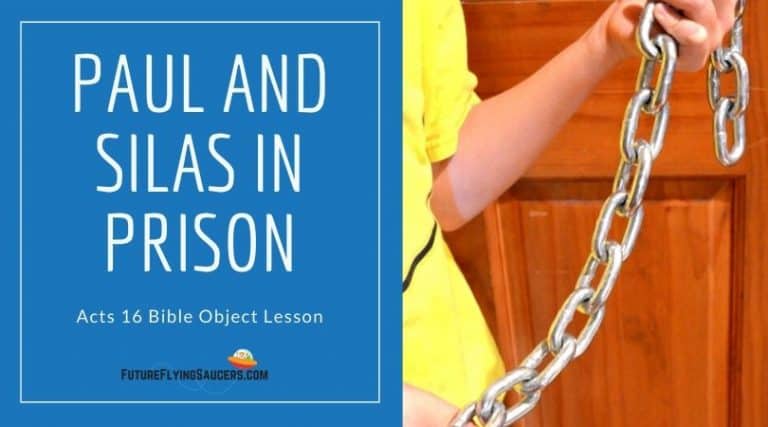 Jesus brings freedom from the chains of sin that bind us. Use this Paul and Silas in prison object lesson to discuss Acts 16 and see examples of Jesus, literally, freeing people.

Background: Paul and Barnabas completed their first missionary journey and stayed in Antioch for a while. Paul then decided to go back to all of the places he and Barnabas had gone to check on the new churches. Paul refused to have John Mark travel with them, so Barnabas went on a journey with John Mark, and Paul chose to travel with Silas. Paul went to Lystra and invited Timothy to join them. They then went to Troas after the Spirit told them to not go to Asia and a vision sent them to Macedonia. In Philippi they met Lydia, and the church began with her and her household believing in Jesus.

Object Lesson for Paul and Silas in Prison:

We sing songs, such as a more recent version of Amazing Grace, and there are words such as “My chains are gone, I’ve been set free!”

The scripture for this lesson is going to help us understand these words better. In fact, these scriptures show us three ways people can be in chains, or bondage. 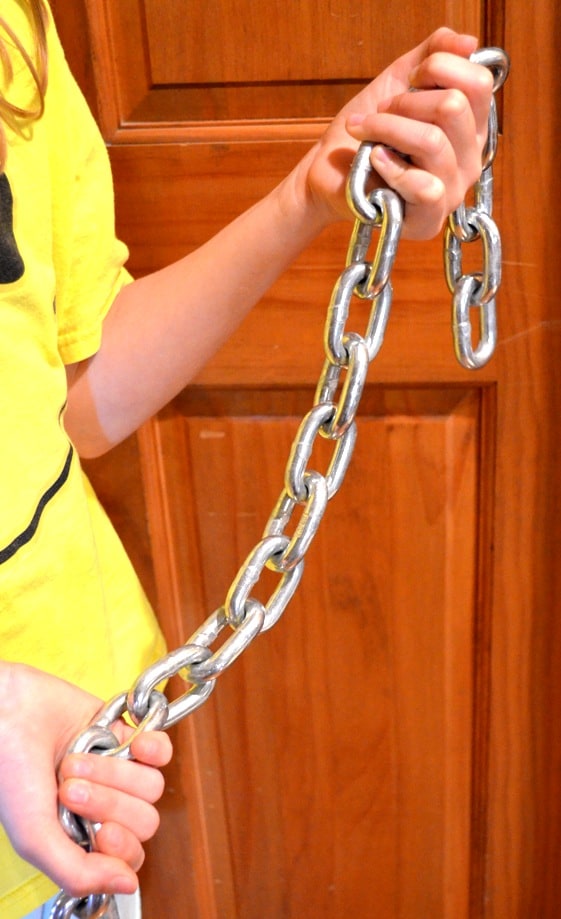 {Have a volunteer hold the chain, or pass it around for everyone to hold and feel. Talk about how heavy the chain is. Discuss what it would be like to wear these constantly. Read Acts 16: 11-15. Ask:}

Paul and the other men went to prayer.

Remember, we have talked about how some people “pretend” to be magic, and then there are other people who mess with spiritual matters that are very real and evil. This girl was in the second group. This was very real. Whether she got involved with demons on her own, or it was an accident, or it just happened, we do not know. But the Bible is clear that she had a demon, a spirit of divination, inside her. She was in bondage to this demon. She was held down, not herself, and definitely could not be who God wanted her to be.

For days, this slave girl would follow Paul around and yell out, “These men are servants of the Most High God! They tell about salvation!”

Paul knew there was an evil spirit in her. Demons know the Truth about Jesus and they try to confuse people about the Truth. If someone, who had a demon, was declaring the Truth about Jesus, then people would not need to listen to Paul. This would cause confusion. Therefore, Paul told the spirit to leave the girl.

The spirit left the girl immediately. You’d think people would be happy about this. The girl was no longer in bondage! But her masters recognized that the girl would no longer make money for them. They seized Paul and Silas, drug them to the marketplace, created a mob of angry people, and commanded them to be beaten. Once Paul and Silas had been beaten, they were placed in jail in the stocks. And they probably wore chains similar to these.

{Hold up the chain.}

Paul and Silas were in physical bondage. They were held down. They did not have freedom.

At midnight Paul and Silas were praying and singing, and the other prisoners were listening to them. There were probably some jailers there as well. Music is a wonderful way to declare the glory of God and encourage people.

Then the earthquake hit. The foundation of the prison was shaken and the doors flew open and all of the chains of the prisoners fell off!

The Keeper of the Prison ran into the jail and was ready to fall on his sword because he knew that if prisoners escaped, then he would be killed by his superiors. Paul told him to stop and that all of the prisoners were still there. The jailer asked for a light and saw the Truth. He fell at the feet of Paul and Silas and asked what he needed to do to be saved. The Keeper of the Jail, who kept prisoners in chains, knew that his soul was in chains, in spiritual bondage.

{Hold up the chain.}

Paul told the man to believe in the Lord Jesus Christ and he would be saved, he and his household. And the man did. Paul and Silas preached the gospel to the man’s family. The jailer washed Paul and Silas’ wounds from the beating and then the man and his family were baptized. 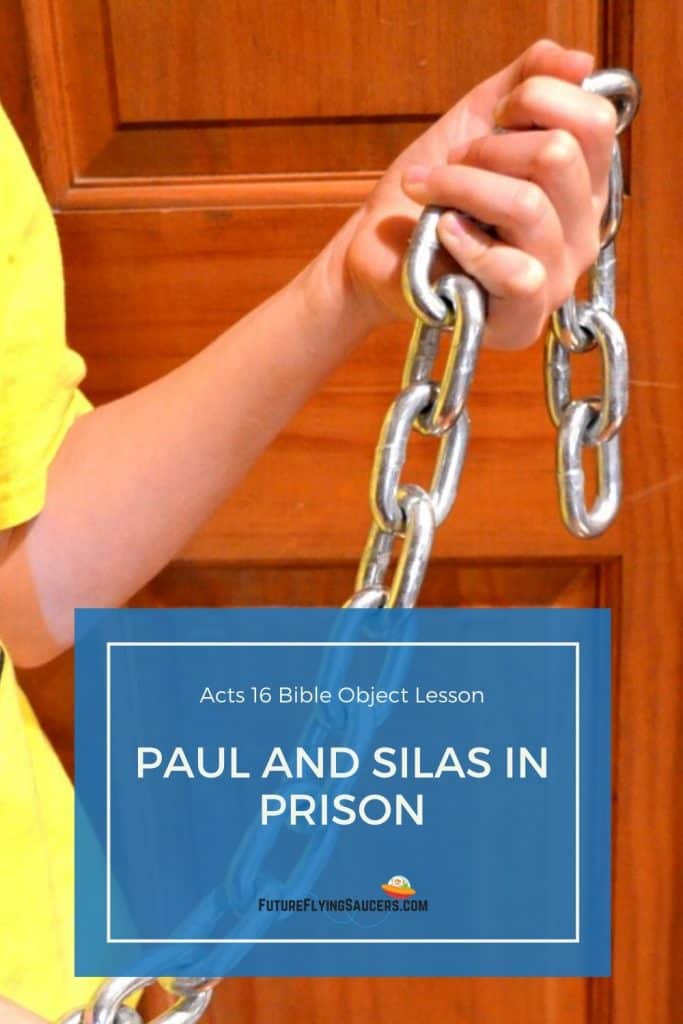 They were free from the bondage of sin.

The next morning the leaders of the town sent the message to Paul and Silas that they were to be set free from the prison. Paul refused to go. He sent a message back to the leaders that he and Silas had been Romans who had been beaten without a trial. This was a BIG no-no! When told, the leaders became afraid of Paul and pleaded with them to go quietly and leave the town. Paul and Silas went back to Lydia’s house, encouraged the new church, and then left the city.

Life Application of Paul and Silas in Prison:

There is a lyric in the Amazing Grace song that says, “My chains are gone! I’ve been set free!”

{Play the song if needed. See link below. Ask:}

Once a person believes in the Lord Jesus and is saved, then the chains of sin, the yuckiness of sin, the holding down of sin, departs from us. The belief of Jesus allows us to stand before God and be free!

The chains of sin can come back to us if we do not watch what we are doing. This is why reading our Bible is so important. Choosing to walk in the ways of Jesus and being led by the Holy Spirit helps us to stay out of sin. The Bible tells us how to keep the chains off. It tells us how to live a righteous and free life. But if we ignore what the Bible says, or make excuses, or make bad choices….then those chains of sin can come right back to us. We are still saved…but we won’t be living a free life.

There are people who believe in Jesus, but they are not living a free life because of the choices they are making.

What can we learn from Paul and Silas being in prison? Even though people can be in physical bondage, spiritual bondage is worse. Dealing with sin is important. Knowing how to deal with sin and how to tell others how to deal with sin is part of sharing the gospel with others. If we can help others understand that Jesus  brings freedom, then why would anyone turn Him away?

Videos for Paul and Silas in Prison: 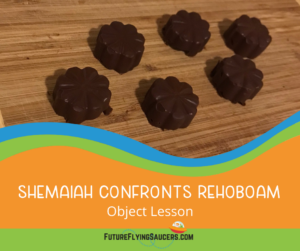